Viewers at home are key when it comes to deciding the fates of the performers. If you want your favorite remaining contestants to move on to next week’s finals, then voting is essential for them to succeed. There are several voting methods available for viewers to use, should they choose to participate. Whether you do or do not use the official AGT voting app, you can cast your votes online via the AGT website, vote by using your phone, or use your Xfinity X1 remote to vote. There are, clearly, many options to choose from. Read on for all the details below.

If you would like to cast your votes via phone, has the phone numbers per contestant eligible for votes, which fans can use as the show airs and they are also listed below as they become available, close to show time. At-home voters can cast their votes up to 10 times for each available act during the voting window. The phone numbers for each contestant performing during week 1 of the semi-finals are filled in next to each contender’s name as they are announced.

The voting window for tonight closes at 7 a.m. ET tomorrow morning, according to NBC, so make sure you get your votes in on time.

If you are using the AGT app to cast your vote, you can save your favorite remaining contestants during the live voting shows and save your choice acts on results nights as well, just like the other methods. With the America’s Got Talent Official App, according to NBC, you can play along with the rest of America by using green, red and golden buzzers during the performances. In addition, viewers can sound off on their buzzer whenever they want, vote for their favorite acts during the live voting episodes, save acts during results nights, share their favorite performers on Facebook, tweet to host Tyra Banks and the judges straight from the app, and get immediate access to their buzzers via 3D Touch (iOS only). 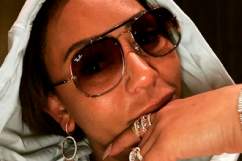 The ways that viewers can cast their votes online are by visiting NBC.com/AGTApp, NBC.com/AGTVote, and Xfinity.com/AGTVote. For online voting, fans must sign in or register in order to complete their votes.

With the help of America’s votes tonight and into the morning, five acts will be put through on tomorrow night’s results show. The live results shows will air tomorrow, on Wednesday night, from 8 – 9 p.m. ET/PT time delayed and 7 p.m. CT. And, BTS will stop by to perform.