The Bobby Brown Story, a biopic on BET, premiered and fans were shocked to see that Bobby Brown claims to have had a relationship with the music icon Janet Jackson in the past. Bobby Brown, himself, is a producer for The Bobby Brown Story, which is reported to be a rundown of his life story, though he did tell the LA Times that if his late ex-wife, Whitney Houston, was alive today, she would have a different interpretation. The biopic covers his tumultuous marriage to Houston, their drug use and Brown’s jail time a great deal, but it also revealed an alleged sexual relationship with music icon Janet Jackson.

According to Too Fab, Brown allegedly had a relationship with Jackson in the 1980s. In addition, he reportedly cheated on Whitney Houston and his current wife, Alicia Etheredge-Brown, has supposed been in his life for many years, before they officially dated. When the biopic showed Brown’s character throwing an undressed Jackson getting thrown out of his hotel room, Twitter blew up with shock, delight and disbelief, according to Ebony.

The Washington Post reported that in the biopic, Jackson was supposedly already in a relationship with ex Rene Elizondo Jr., who ended up becoming her husband in 1991, when she started dating Brown. In one scene, Brown’s character asks Jackson’s character, “I mean, we obviously got feelings for each other. Are you really about to marry him and just keep me on the side?”

In 2017, Bobby Brown stated on Steve Harvey’s talk show that he did have a romance with Jackson. He said that, “It was a big heartache for me. I had a real crush on her. I mean, I was absolutely head over heels for her.”

One year prior to that admission, Brown told Us Weekly that, “I fell in love with [Janet] when she was Penny on Good Times. It goes back that far, you know, my infatuation with her … She loved me but wasn’t in love with me.” Brown also said that Jackson told him her father wouldn’t let her date a black man. This was depicted in the biopic as well.

Page Six reported that the first time Brown claimed to have hooked up with Jackson was in his 2016 book “Every Little Step.”

In addition to Brown reportedly being in relationships with two of the biggest music icons in the business, he also claimed to have romanced the legendary Madonna. He told Us Weekly that, “We met through mutual friends. One of her dancers was dating a friend of mine and I guess she told my friend that Madonna wanted to meet me. We ended up going down to the studio and the next thing I know, there was some strange things happening to me … Madonna is really forceful. When she wants something, she’ll take it.” 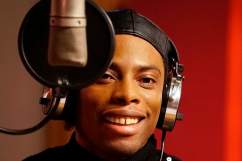