Usually, the Emmy Awards air on Sunday nights, like many awards shows. However, this year, the 2018 Emmys air on a Monday, which is tonight, at 8 p.m. ET/PT, September 17, 2018, according to the NY Daily News. In recent months, other awards shows have moved to Mondays as well. MTV made the same move with the MTV Movie & TV Awards, which also aired on a Monday, instead of a Sunday night, along with the MTV Video Music Awards in August 2018.

When it comes to the Emmys, Variety has reported that the time slot and date move is to avoid conflict with Sunday Night Football. Variety also reported that the Emmys had higher ratings when aired on a Monday, rather than a Sunday night, in the past. So, perhaps this is why other awards shows have chosen to move days as well … for a higher viewership.

While this may be good for ratings, a publicist in the industry said it’s difficult for those working with clients at events like the Emmys because the awards will be on a normal work day. The unnamed publicist explained, “Mondays are rough because it’s a normal work day for everyone else. So while you’re trying to focus on your clients that you’re walking down the red carpet, you’re getting dozens of emails from your clients who are not at the Emmys but want you to make sure you’re still working on their accounts.” 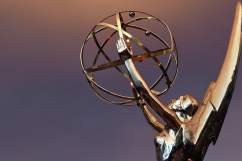 According to NJ.com, the last time that the Emmy Awards moved to a Monday night was in 2014 and the ratings were better for the change. Other Monday night airings of the Emmys were in 1951, 1955, 1960, 1964, 1975, and 1976. And, the LA Times reported that, in 2010, NBC moved the Emmys to August in order to avoid conflict with Sunday Night Football. The Emmy Awards shuffles between four big networks, so every four years, NBC has ownership of the awards show. So, it makes an executive decision as to when to air the show.

When it comes to voting for the winners this year, the Television Academy has cited a major spike in votes. Maury McIntyre, president and chief operating officer of the Television Academy, explained to Variety that, “People are really energized about all of the great work going on in television. This isn’t a year when we all think ‘Oh this show is absolutely going to win,’ so people really wanted to get in there and cast their vote.”

This year’s awards show celebrates the 70th anniversary of the event, with Michael Che and Colin Jost as the hosts. Jost and Che are known as cast members on Saturday Night Live and the faces of The Weekend Update. And, according to Variety, when it comes to the jokes that Che and Jost have ready for the big night, Che said that the jokes are “always what’s funny to us and what’s the most fun to do that we think we can score with. That’s a priority.”

READ NEXT: How to Watch the 2018 Emmys Online

Read More
Celebrities, Emmys, TV
When are the 2018 Emmys on TV? Is it tonight? What is the date and time of the awards show and why is it moved to a Monday?