Young Sinatra IV is almost here. The anticipated album from Logic, and the latest installment in his Young Sinatra series, is set for release on Friday, September 28. The official artwork for the album has been released, as had the lead single, “Everybody Dies,” and now Logic has released the tracklist.


The tracklist reveals a single disc album with fourteen individual songs. Check them out below.

According to Reddit, the rumored tracklist was uncovered by using Shazam, and many of the song titles align with what we’ve heard so far. It was later confirmed by Complex.  The track “Everybody Dies” was already released as a promotional single, and “One Day,” featuring OneRepublic frontman Ryan Tedder, was performed live at the 2018 VMAs.

During the performance, Logic and Tedder wore t-shirts that said “F*ck the Wall” and brought out Latino families in protest of President Trump’s promise to build a wall between the U.S. and Mexico. Watch the performance below.

Wu-Tang Clan Have Been Confirmed to Appear on the Album

Logic has been teasing several of the features that are included on the tracklist. On September, he hopped on Instagram to announce that members of the Wu-Tang Clan would appear on the album.

“You know how you not supposed to give secrets about your album?” he wrote. “But then you tell everybody that you have the entire Wu-Tang Clan featured on your album? You didn’t even release the track list, but the whole Wu-Tang — RZA, GZA, Inspectah [Deck].” Other Wu members on the album include Method Man, Ghostface Killah, U-God, Cappadonna, Raekwon, Scotty Wotty and Masta Killa.

Logic just revealed that the entire Wu-Tang clan is featured on YSIV pic.twitter.com/cMQfvyroH9

Wale & Hailee Steinfeld Will Also Be on the Album

Logic has long spoken about his admiration for Wu-Tang. In a 2014 interview with Complex, the rapper said that his debut Under Pressure was inspired by albums like Wu-Tang Forever and Only Built 4 Cuban Linx by Raekwon. Wale also teased a collaboration with Logic earlier this year.

On April 19, the D.C. rapper posted a snippet of an untitled track with Logic on his Instagram. It’s possible that this could be “100 Miles and Running,” or at least a track cut during the same recording sessions.

The Album Comes Out on September 28th

Logic has included nods to his idols on past installments of the Young Sinatra series, with songs like and “Relaxation” and “Young Sinatra III” sampling A Tribe Called Quest’s “Electric Relaxation” and Nas’ “Life’s a B*tch,” respectively. And with new tracks like “Wu-Tang Forever” and “Last Call,” it looks as though the Maryland rapper will keep the trend going.

Logic has announced that Young Sinatra IV will be his strongest release to date. “The best album I’ve ever made? The fans seem to think so,” he wrote on Twitter. “YSIV 9/28.” 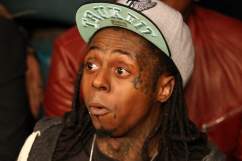