Luka Sabbat, 21, a model and actor once dubbed the “Internet’s coolest teenager,” is keeping fans guessing about whether he is dating Kourtney Kardashian.

Sabbat and Kardashian, 39, first raised speculation when they were seen leaving a Los Angeles restaurant together on September 14, 2018. Sabbat was at her son Mason’s birthday party in December 2018. Sabbat also went on a ski trip with Kardashian and her sisters in early January 2019.

Kourtney Kardashian was spotted with a 20-year-old model ? https://t.co/izrbZcAxcn pic.twitter.com/ZZuiFFwvJI

Sabbat has reportedly known the entire family for awhile. He is friends with Kendall Jenner; pictures of the two of them in May 2018 triggered rumors they were dating. Those rumors were repeated earlier in September 2018. Sabbat also attended Kylie’s 21st birthday party in August 2018. A source told Us Weekly that “Kourtney has known Luka forever” and that “There is nothing romantic going on.”

1. Luka Sabbat Was Born in New York City But Spent Much of His Childhood in Paris

Luka Sabbat was born November 26, 1997 in New York City. But he spent much of his childhood in Paris since the age of 3. On his personal website, he shares that his heritage is a mix of Irish, English, German and Haitian.

His mother worked for many years as a fashion stylist. Jessica Romer was stylist for designers Galliano and Dior. Sabbat says his mother has since switched careers and become a chef.

His father is a fashion designer. Clark Sabbat is the son of Haitian immigrants, and also grew up in New York City. He works as a design consultant for various fashion companies including J. Crew and Ann Taylor Loft.

Luka Sabbat told the New York Times in 2016 that as a child, he never thought about pursuing fashion as a career, despite being the son of a designer and stylist. “I never thought about fashion that much. I was way more into hip-hop or playing video games or sleeping than modeling.”

2. Sabbat’s Career as a Model Began After He Was Discovered Walking Down the Street in Soho, and His Resume Includes Modeling for Kanye West

Mood in Milan. Cc: @dolcegabbana Thanks for having me again❤

Luka Sabbar grew up attending fashion shows, having backstage access and sitting in the front row by the catwalk. But he never considered entering the industry himself before a chance encounter in New York City’s Soho neighborhood. When he was 15, Sabbat was approached by a casting director as he was leaving an internship.

A shoot was happening around the corner for the brand Hood by Air. Sabbat was asked to be a part of the shoot, and his modeling career soon skyrocketed. Since that chance encounter, Sabbat’s resume has expanded to include Dolce & Gabbana, Hugo Boss, Vogue, Tommy Hilfiger and American Eagle. He was also featured in the Adidas Originals “Future” campaign, which included a billboard that towered above Times Square.

Sabbat has also been working with Kanye West for several years. He was cast to walk the runway at West’s “Yeezy Season 1 Presentation” show at New York Fashion Week in 2015. 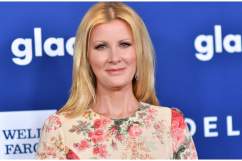 3. Luka Sabbat Says he Wants to be Known More for Design Than Modeling

Boot gang! Cc: @thefryecompany Go on their instagram to find out how to win a pair.

Luka Sabbat briefly tried his hand at college. But he decided it wasn’t for him after just a few weeks and dropped out. In an interview with Forbes in July 2017, Sabbat said that he “got super professional out of nowhere.” He explained that it seemed like a smarter move to continue to put all his focus on his budding career, as opposed to living a college lifestyle.

And the decision appears to be paying off. Sabbat is making a name for himself as a designer. He is the artist director for a brand called Hot Mess, which began as a photographic exhibition. He teamed up with photographer Noah Dillon for the project, which featured Instagram models.

According to the website, the project was “shot from an insiders perspective the ‘youth’ capturing the ‘youth’ seeks to give the viewer a perspective on a society that is connected as it never has been before.” Several of the images include religious elements, such as the picture below of a hand holding a rosary intertwined with a handgun. The collection was shown at New York City’s Milk Studios, and went on to inspire a clothing line.
https://www.instagram.com/p/BTw4wqYhONt/?taken-by=hotmess.doc

Sabbat is also a collaborator on a jewelry line. He worked with Italian designer Gianni Monini to create LUKA X MONINI. The line includes earrings, pendants, bracelets, necklaces and rings that can be priced as high as $2,400. The collection showcases precious stones, including diamonds, emeralds and rubies. Many of the items include skulls and swords in the design.

4. Luka Teamed up with His Father on a Clothing Line to Benefit Haiti

Luka and his father Clark got together with the company Related Garments to create a line of underwear and socks. It’s called Sabbat X RLTD. Each item is designed with the. name “Haiti” on it. 12 percent of the proceeds will benefit the Haitian Education and Leadership Program. The organization helps kids attend college.

Father and son traveled to Haiti in April of 2018. Clark Sabbat visited Haiti on a regular basis, but it was Luka’s first time visiting the country. Luka told a local news outlet that he was excited to experience the culture and taste the food, after hearing stories about it for years from his father. “It was cool to actually see what he spoke about. It is a whole different feeling when you are there and seeing the country and the people.”

Clark told the publication, “I just wanted Luka to have the experience of someone who is visiting the place of his ancestors for the first time. I was just happy to have had the opportunity to bring him and let him experience something that is a part of who he is.” 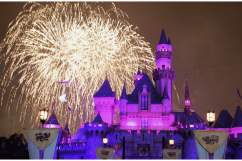 Disney Princess Movies Return to Theaters: Which Films & Where to Watch

GettyActors Jordan Buhat, Trevor Jackson, and Luka Sabbat of Grown-ish attend during 2018 Disney, ABC, Freeform Upfront at Tavern On The Green on May 15, 2018 in New York City.

Luka Sabbat has taken his talents to the small screen. He was cast as Luca Hall on the show “Grown-ish” on Freeform, previously known as ABC Family. The series is a spinoff of ABC’s popular show “Black-ish.”

GUYS TOMORROW IS MY FIRST ACTING DEBUT FOR @grownish ON @freeform !! if you guys only knew how nervous and excited I am for tomorrow, I’m so happy that I got to work with such an amazing cast and crew, such a good way to start to the year! Thank you to @kenyab_in_imax3d for this amazing opportunity! This past year I have done so much and there is so much more to be done in 2018, this photo was taken at the second hot mess gallery show, which was me and noah’s biggest production so far. So much happening in this photo! Happy New Years! Every year is our year!

The series follows Zoey, played by Yara Shahidi, as she heads off to college. Sabbat plays a fellow college student who is seen as a potential love interest for Zoey. He told Teen Vogue in January 2018 that the “Luca” character is very similar to who he is in real life. “My character is basically me. He’s studying fashion, which is fun because it’s a TV, college student version of me.”

Sabbat said the show’s producers have been flexible with his schedule. “For fashion week, they wrote me out then wrote me back in. I have a whole separate career outside of acting, but they’re open to working with my schedule. It’s pretty balanced.”