Monday just got better. Large 2-topping pizzas are only $5.99 this week when you order online and pick up in store! pic.twitter.com/mpcp29ScaF

Domino’s: The world’s largest pizza company began celebrating the unofficial holiday early, with a discount deal. Large two-topping carryout pizzas are $5.99 each. The deal is happening now and lasts through Sunday, September 23. You can visit their website to find locations near you.

Pizza Hut: Buy one large pizza and get a medium pepperoni pizza for just $1. Use the code PEPPERONI2018 at checkout to redeem the discount. Find a Pizza Hut location here.

Cici’s Pizza: Medium pepperoni pizzas are being offered for $3.99. There is a maximum purchase of three per order. Access the coupon by clicking here. The coupon is valid on September 20th only. Find locations by clicking here.

2. Pepperoni Pizza is an American Creation

The word “peperoni” in Italian, spelled with one “L,” refers to a large pepper. The word “pizza” is derived from the Italian word for “pie.” But the food is much older than the Italian language. Civilizations have been eating forms of pizza for thousands of years. Historians say that ancient Egyptians, Romans and Greeks made flat breads and added oils and spices for flavor. Tomatoes were incorporated into the recipes during the 1500s, after Europeans brought them back from Peru.

Pepperoni, however, did not make its way onto pizza crusts until the 19th century. The term “pepperoni” was first published in the U.S. Government’s Yearbook of Agriculture in 1894. It was referred to as a dry sausage.

It’s unclear exactly who began the practice of putting pepperoni onto pizza, or exactly where it originated. But the most popular theory is that Italian immigrants likely got the ball rolling across several Little Italy communities. Butcher shops and specialty pizzerias became more popular in the early 1900s, especially in New York City. Chefs needed a type of meat that did not take as long to cook as others in their diet, such as capicola. 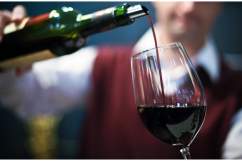 3. Every Day, Americans Eat Enough Pizza to Cover 100 Acres, and Pepperoni is the Second Most Popular Topping After Cheese

Americans have a hard time agreeing on anything. But when it’s time to pick a food to share, pizza is always a safe bet. In the United States, it’s estimated that 350 slices are sold each second. That’s 21,000 slices every minute.

If you lined up all of the pizzas eaten in a single day in the United States, it would be enough to cover 100 acres. Each American eats an average of 23 pounds of pizza every year. That’s a lot of pie.

A recent survey found that pepperoni is the second-most popular topping. 66 percent of participants listed pepperoni as their favorite topping. The top favorite ingredient was cheese.

4. There Are More Than 70,000 Pizza Shops in the United States, and an Estimated 10 Percent Are in New York City

No matter where you are in the United States, the odds of finding a pizza shop are in your favor. There are an estimated 70,000 pizzerias across America. That’s 17 percent of all restaurants. It’s also estimated that more than 10 percent of the pizza shops in the nation are located in New York City.

A recent survey by NationalToday.com asked respondents which pizza chain was their favorite. Pizza Hut took the top spot with 31 percent. Papa John’s earned 22 percent of the vote. Domino’s came in third with 17 percent. Papa Murphy’s and Little Caesar’s round out the top five.

5. Pepperoni is Not a Nutritious Choice, But That’s Not Stopping Pizza Lovers

How It's Made PepperoniHow its Made Pepperoni Show created by Gabriel Hoss. The show is presented on the Science Channel in the US, Discovery Channel Canada in Canada, and on the Discovery Channel in the United Kingdom. To purchase DVDs of the show please visit the official "How It's Made" website: store.discovery.com/how-its-ma… Fair Use Notice: For educational purposes…2015-11-29T08:20:46.000Z

Your mother has probably told you that eating pizza all the time is not the most nutritious choice. But Americans don’t seem to care about that. A pepperoni pizza is about enjoying a simple pleasure.

But in case you’re curious: pepperoni is a cured meat that contains a lot of high saturated fat. A diet with too much saturated fat can lead to dangerous levels of cholesterol and heart disease. One ounce of pepperoni typically contains 12 grams of fat, four of which are saturated.

That one ounce of pepperoni also contains 463 milligrams of sodium. Too much salt can also cause heart disease or lead to a stroke.