After 13 years, the FBI has finally recovered the lost ruby red slippers that were worn by Judy Garland in The Wizard of Oz. The shoes were originally stolen from a museum in Grand Rapids, Minnesota, Garland’s hometown, in August 2005. The FBI said in a press release on September 4 that the shoes had been recovered after a sting operation. Investigators believe that the shoes were held as part of an extortion attempt by the thieves against the company that insured the shoes. There are four pairs of the shoes in circulation, one is in the Smithsonian in Washington D.C., one is owned by a private collector and another pair was bought by Steven Spielberg and Leonardo DiCaprio. They are on display at the Academy Museum of Motion Pictures.

Special Agent Christopher Dudley says in the press release that in 2017, an individual approached the company who insured the shoes with information about their whereabouts. Agent Dudley said, “When it became apparent that those involved were in reality attempting to extort the owners of the slippers,” the Grand Rapids Police Department reached out to the FBI. The investigation involves the FBI’s Art Crime Team, the FBI Laboratory, and offices in Chicago, Miami and Atlanta. The shoes were recovered in Minneapolis after an undercover sting operation. When the shoes were in the possession of the FBI, they were transported to the Smithsonian Museum in Washington D.C. for analysis and comparison. Agent Dudley said, “Recovering a cultural item of this importance is significant. So many people of all ages around the world have seen The Wizard of Oz and in that way have some connection to the slippers. That’s one of the things that makes this case resonate with so many.

At a press conference announcing the recovery of the shoes, North Dakota U.S. Attorney Christopher Myers said, “We have a lot of work to do. This is an ongoing investigation.” The FBI is seeking the public’s help in identifying all of the parties associated with the theft. The Minneapolis Star-Tribune reports that a $1 million reward had been offered to anyone who ould recover the shoes. In 2015, one of the Judy Garland’s museum board members, Jon Miner, told the Washington Post, “We kicked ourselves in the butt for not putting them in the safe. Of course, the owner was dumbfounded. And so were we.”

In the summer of 2015, divers were dispatched to the Tioga Mine pit in a vain search for the shoes, reported Twin Cities at the time. 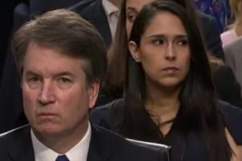