Married to Medicine returns with all new episodes for season 6, premiering at 8 p.m. ET/PT on the Bravo network, on September 2, 2018. For those who are unable to watch the show on TV, there are options for watching it online as well. Read on for details on the first few episodes, how to watch the show online and cast info below.

HOW TO WATCH “MARRIED TO MEDICINE” SEASON 6 ONLINE: If you don’t have cable or can’t get to a TV, you can watch Bravo on your computer, phone or streaming device via one of the following over-the-top, cable-free, live-TV streaming services:

Hulu With Live TV: In addition to their extensive Netflix-like streaming library, Hulu now also offers a bundle of live TV channels, including Bravo. You can sign up for “Hulu with Live TV” right here, and you can then watch a live stream of the show on your computer via the Hulu website, or on your phone, tablet or streaming device via the Hulu app.

FuboTV: Bravo is included in the “Fubo Premier” bundle. You can sign up for a free 7-day trial right here, and you can then watch the show live on your computer via the FuboTV website, or on your phone, tablet or streaming device via the FuboTV app.

Sling TV: Bravo is included in the “Sling Blue” channel package. You can sign up for a free 7-day trial, and you can then watch the show live on your computer via the Sling TV website, or on your phone, tablet or streaming device via the Sling TV app. If you can’t watch live, you can get 50 hours of cloud DVR storage as an additional add-on.

“MARRIED TO MEDICINE” SEASON 6 EPISODE 1 SYNOPSIS: The title of the premiere is “Get Your Sexy Back”. The plot description of the episode reads, “Quad’s marriage problems are plastered all over social media and the blogs; Toya tries to encourage Eugene to live a healthy lifestyle; Contessa struggles with being a stay-at-home mom.”

“MARRIED TO MEDICINE” SEASON 6 EPISODE 2 SYNOPSIS: Episode 2 is titled “I Don’t Talk to Dentists”. The description of episode 2 states, “After Mariah accuses Damon of infidelity, Heavenly channels her rage by seeking help from an anger management therapist; Contessa worries about her father’s failing health.”

“MARRIED TO MEDICINE” SEASON 6 EPISODE 3 SYNOPSIS: The third episode of the season is titled “Crabby Ladies” and the episode synopsis reads, “When her ailing father visits, Contessa discovers his health is even worse than she thought; Mariah has a real talk with Lauren about growing up and getting ready for high school; Simone faces a hard talk with her son about the state of her marriage.”

At the start of season 6, Quad Webb-Lunceford reveals that she had been staying in a guest room in her house while dealing with cheating allegations against her husband. She also says that she and her husband no longer communicate. She also states that she believes the cheating rumors about her man.

Bringing fans up to date today, the couple has decided to get divorced.

To catch up on episodes from season 5 of Married to Medicine, Bravo has episodes from all of the previous seasons, including season 5, available to watch online. Get started here and you will need to download Bravo Now to watch episodes on demand. It’s available via iPhone, Android, Apple TV, Roku, and Amazon Fire TV. Episodes can also be downloaded via iTunes, Vudu, Google Play and Amazon. 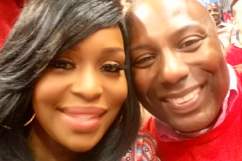