Getty The cast of 'The Good Place' season 3.

Tonight, The Good Place returns for its third season. The season premiere of the acclaimed sitcom will air on NBC at 8 p.m. ET/7 p.m. CT, and all subsequent episodes will air at the same time on Thursday nights.

If you don’t have cable or can’t get to a TV, you can watch a live stream of the show (or watch it on-demand) on your computer, phone or streaming device by signing up for one of the following cable-free, live-TV streaming services:

NBC (available live in select markets, which you can find here) is one of 85 channels included in the main Fubo bundle. You can sign up for a free 7-day trial right here, and you can then watch a live stream of the show on your computer via the FuboTV website, or on your phone, tablet or streaming device via the FuboTV app.

If you can’t watch live, FuboTV comes with 30 hours of Cloud DVR (with the ability to upgrade to 500 hours), as well as a “72-Hour Lookback” feature, which allows you to watch new episodes up to three days after they air even if you forgot to record them.

In addition to a Netflix-like on-demand streaming library, Hulu also offers a bundle of 50-plus live TV channels, including NBC (available live in select markets, which you can find here). You can sign up for “Hulu with Live TV” right here, and you can then watch a live stream of the show on your computer via the Hulu website, or on your phone, tablet or streaming device via the Hulu app.

If you can’t watch live, “Hulu with Live TV” comes with both its extensive on-demand library (which has new episodes available after they air) and 50 hours of Cloud DVR storage (with the ability to upgrade to “Enhanced Cloud DVR,” which gives you 200 hours of DVR space and the ability to fast forward through commercials).

NBC (available live in select markets, which you can find here) is included in the “Sling Blue” channel package. You can sign up for a free 7-day trial right here, and you can then watch the show live on your computer via the Sling TV website, or on your phone, tablet or streaming device via the Sling TV app.

The Good Place has lent itself to conspiracy theory in the past, and season three appears to be no different. Mashable released an article detailing all the theories that fans have concocted between main characters Michael (Ted Danson) and Eleanor (Kristen Bell), and though we’ll avoid spoilers, you can read the article by clicking here.

In an interview with Business Insider, creator Michael Schur spoke on the challenge of building the show’s unique world. “We had to be incredibly detailed and specific about where everybody was going because the whole thing fit together like a giant kind of holistic jigsaw puzzle,” he said. “If we did anything that didn’t fit in with the reveal that came at the end, we would be screwed.”

What on Earth will happen in #TheGoodPlace? ??

The early reviews for season three have been uniformly excellent. “It’s exhilarating to see a show use that momentum not to maintain some bizarre status quo, but to tear down its own structure and then expertly build it back up on almost an episode-by-episode basis,” writes IndieWire. “Never knowing what’s coming next can be an exhausting process while watching a TV show. The Good Place takes that spirit of uncertainty and shapes it into something worth traversing time and space to enjoy.”

Got it memorized? ☝️ #TheGoodPlace

Slate Magazine was similarly complimentive, writing: “The show has radically reworked itself from season to season, and even within them, but its underlying architecture of people striving for goodness and falling short hasn’t changed, and it can’t. Instead of having to work around that limitation, The Good Place has made it its central theme. Unlike most network sitcoms, The Good Place allows its characters to change.” 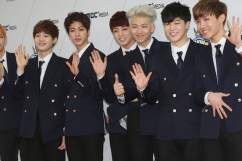