The 2018 American Music Awards air tonight, at 8 p.m. ET/5 p.m. PT/7 p.m. CT on the ABC network. For those interested in the celebrity arrivals and big fashion moments on the red carpet, the pre-show will begin at 6 p.m. ET/3 p.m. PT. This year, the red carpet arrivals will not be televised and don’t expect to watch the red carpet show on E! either. Fortunately, however, there is a free live stream of the red carpet show, which you can watch in the above video.

According to Billboard, those hosting the red carpet show include Jessie James Decker, Scott Evans, AJ Gibson, Erika Jayne, Laura Marano and Zach Sang. The red carpet show will run for two hours, up until the AMAs show time. It will feature exclusive interviews with the celebrity attendees, from the nominees to the performers and presenters at the event.

AMAs host Tracee Ellis Ross is expected to appear on the red carpet, at least briefly, before the awards show and ahead of the event, she spoke with Essence about hosting the show for the second year in a row. When it comes to her approach as a show host, Ross said, “The way I look at hosting [an award show] is the same way I look at hosting a party. In all honesty, hosting the AMAs has ruined my actual personal party hosting because nobody applauds and Cardi B doesn’t come to perform … But I look at it like I’m hosting a great party, and I’m trying to bring everybody along, and make sure everybody knows who’s coming next and give the people who are having their moment the opportunity to actually be celebrated in that moment.”

This year, the two artists, who are leading with 8 nominations under their belts for the AMAs, are Cardi B and Drake.

While most voting for the winners tonight is closed, there are two exceptions, according to USA Today. Voting is closed for all categories except for the best new artist and collaboration. Fans can vote online via VoteAMAs.com, or tweet their vote from any public Twitter account, including the nominee’s Twitter handle, the category name and the #AMAs hashtag. Voting for these two categories ends at 8:59 ET tonight, on October 9, 2018.

The show airs live, from coast to coast this year, which means that the west coast will get to watch the big event at the same time. There will not be a three-hour time delay. The show is set to last for three hours, but always has the chance of going over in time. Tune in to see your favorite artists in action. 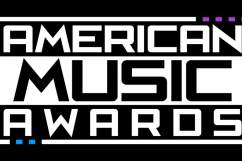