Theresa Caputo is the star of her reality show Long Island Medium and she often has her family members appear on the show. This season, there is talk about Theresa’s son, Larry Caputo Jr., getting engaged to his girlfriend, Leah Munch. There haven’t been any confirmed reports that the couple is getting married and very recent pictures on each of their Instagram accounts show no signs of a diamond ring on Munch’s hand.

So, what does Munch do when she isn’t dealing with engagement rumors? According to her Linked In account, she works as the Director for Public Relations, Marketing, and Program Development at the College of Mount Saint Vincent. She is also listed as an author on the College’s official website.

It seems that Munch and boyfriend Caputo met in school, since he graduated from the College of Mount Saint Vincent, where Munch works and also attended. Caputo graduated with a bachelor’s degree in communication and media studies. Today, according to Caputo’s Linked In profile, he works as a Visiting Scheduling Supervisor for MSG Networks Inc.

While Theresa Caputo’s son has a long-term relationship and is set in his career, Theresa’s daughter, Victoria is becoming successful as well. According to Life & Style, Victoria was once a Level 9 gymnast at Gold Medal Gymnastics Center and now, she has a budding career in cosmetology. She reportedly works at the Salon Entourage in Oyster Bay, where she is a professional makeup artist and colorist.

And, like her brother, Victoria is in a relationship as well. Her boyfriend’s name is Michael Mastrandrea, who gets along quite well with Victoria’s family. See a photo of Mastrandrea below.

Currently, Victoria and Larry Jr.’s parents are going through a divorce, that has also been playing out on Long Island Medium. In an interview with Good Housekeeping, Mom Theresa opened up about her divorce, revealing that when it came to including her split details on her reality show, “[Talking about our divorce on camera], it’s not easy to do that in general. But that was something over seven years ago that Larry and I had decided when we were going to do the show. [We decided] we were going to share our lives and we did, and we stay true to that.”

Theresa was also sure to say that even though she and her husband have called it quits, they are focusing on their children and building their own lives. Theresa explained, “At the end of the day, we’re still a family. Just because we’re separated, doesn’t mean we still don’t care about each other. We still have a family. We still have a friendship, which is very, very, important.” As for Theresa’s husband, he has moved on in his love life with a new girlfriend and is living across the country, in California.

Larry and Theresa Caputo were together for about three decades and they announced their break up in December 2017. Though the two separated in late 2017, they didn’t file for divorce until April 2018. 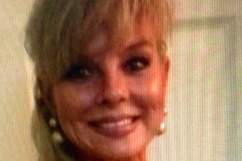