Lil Baby and Gunna’s collaborative mixtape Drip Harder is set for release at 9 p.m. Pacific or midnight Eastern depending on your time zone. If that is too late for you to stay awake, you can stream and listen to it at your convenience.

Generally, albums and mixtapes become available around midnight Eastern on streaming platforms like Apple Music and Spotify. This has been the case for Lil Baby’s previous releases, 2017’s Harder Than Hard and 2018’s Harder Than Ever, as well as Gunna’s Drip Season mixtapes. On occasion, these platforms will throw a curveball at listeners.

Lil Baby and Gunna have been delaying the release of Drip Harder since May, when they first teased its existence on Instagram. On June 25, Gunna posted a photo of him and Baby partying together with the caption: “Can somebody tell @lilbaby_1 I’m ready to drop #DripHarder.” The mixtape was thought to be coming out in June, according to HotNewHipHop, but the month came and went without any sign of new music.

Happy B day King Slime !! Never Tell A Nigga No !! Probably owe you a quarter on the low !!

“We all in the same vibe,” Baby told the publication. “All the songs I recorded with Gunna and [Young] Thug, even the songs they got with me, we all recorded them at the same place, same night, same vibe.” It was then reported that Drip Harder was going to be released in September, but again, the month passed without new information.

The anticipation for the mixtape was reignited with Baby hopped on Twitter to address his fans. “Drip Harder This Week !! September Went To Fast !!!,” he wrote. On October 2, Baby posted the mixtape’s official artwork on Instagram with the caption: “10-5-18 Drip Harder! I’m Ready Lol!!” Baby and Gunna have collaborated in the past, with songs including “Money Forever”, “Sold Out Dates”, and “Life Goes On” from the former’s studio debut.

Drake Has Been Confirmed as a Guest Feature

Young Thug, who has been a vocal supporter of both rappers, built up the hype further when he claimed that Drip Harder would be a better listen than Lil Wayne’s recently released Tha Carter V. The eccentric emcee got on Instagram Live to write: “I’m Wayne’s biggest fans but not goin be harder than ‘HARDER’ by @gunna & @lilbaby_1.” It’s unknown whether Thug will be featured on the mixtape.

One artist who’s been confirmed as a feature, however, is Drake. On October 2, a preview of Drizzy’s verse on an upcoming Baby and Gunna track surfaced online, which you can watch above. Genius speculates that the track will be titled “Double” and will be produced by the mixtape’s primary contributor Turbo. Baby and Drake previously worked together on “Yes Indeed,” which peaked at number six on the Billboard Hot 100. 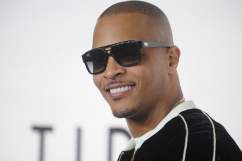 What Time Will T.I.’s ‘Dime Trap’ Be Released?

Read More
Drake, Hip-Hop
Find out when Baby and Gunna plan on dropping their collab mixtape.