Tonight, Future and Juice WRLD is dropping their mixtape WRLD on Drugs. The mixtape is the first full-length collaboration, and was preceded by the promotional single “Fine China.”

How to Listen to Future & Juice WRLD’s New Mixtape

WRLD on Drugs will be made available on a number of platforms at 9 p.m. Pacific Thursday (Oct. 18) or midnight Eastern Friday (Oct. 19) depending on your time zone. We’ve listed the streaming platforms that the album will be released on, and the ways in which you can listen to them below.

You will be able to stream Future and Juice WRLD’s mixtape on iTunes and Apple Music. If you have an Apple Music account, you can go into the app on your phone or tablet and set the notifications to alert you when the album is out. Click here to learn how.

Based on the standard release schedule for Spotify, WRLD on Drugs will also be available to stream on the platform. If you don’t have a Spotify account, you can sign up for one here and pay only $0.99 for the first three months.

Future and Juice WRLD’s mixtape will also be available to listen to on Tidal. The streaming service offers a free 30-day trial with Tidal Premium, which provides  access to music videos and curated playlists.

On Wednesday (Oct. 17), Future unveiled the mixtape artwork on Twitter, which shows an image of the Earth with a cup of lean being poured on top of it. The planet is being orbited by dozens of prescription pills and flowers, playing off the druggy aesthetic put forth by both Future and Juice WRLD. The former went on to announce the mixtape’s official release date on October 19 on Instagram.

Future has also teased the tracklist for WRLD on Drugs. Each track is handwritten on a laminated piece of paper with the phrase “Whatever You Addicted To” written on the side. It’s unclear whether the mixtape will include any features. Check out the rumored tracklist below.

Alex Tumay, who mixes and engineers most of Young Thug’s music, has announced he handled most of the songs on the mixtape. On October 17, Future tweeted that he and WRLD were currently in the studio finalizing the tracklist and the artwork. Juice WRLD is also working on a collaborative album with Ski Mask The Slump God. According to XXL Magazine, the duo teased a new record off the album titled “Hey Mister,” and have also teased songs with M.I.A. and Trippie Redd.

Future has also teased the release of a new solo album this year. The album was teased in conjunction with the tour that Future was set to go on with Nicki Minaj before it was delayed. According to HitsDailyDouble, the album would have been available when fans purchase a ticket. “Of note is the offer with a ticket includes not only Minaj’s Queen but also an upcoming Future release which is, apparently, not Beastmode 2.” 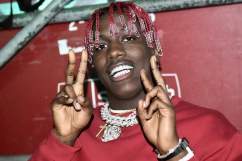