Tonight, Lil Yachty is dropping his third studio album Nuthin’ 2 Prove. The album was announced earlier this year, and was preceded by the promotional single “Who Want the Smoke?” featuring Cardi B, Offset, and an uncredited BlocBoy JB.

Yachty’s album will be made available on a number of different platforms at 9 p.m. Pacific Thursday (Oct. 18) or midnight Eastern Friday (Oct. 19) depending on your time zone. We’ve listed the streaming platforms that the album will be released on, and the ways in which you can listen to them below.

You will be able to stream Yachty’s new album on iTunes and Apple Music. If you have an Apple Music account, you can go into the app on your phone or tablet and set the notifications to alert you when the album is out. Click here to learn how.

Based on the standard release schedule for Spotify, Yachty’s Nuthin’ 2 Prove will also be available to stream on the platform. If you don’t have a Spotify account, you can sign up for one here and pay only $0.99 for the first three months.

Yachty’s new album will also be available to listen to on Tidal. The streaming service offers a free 30-day trial with Tidal Premium, which provides  access to music videos and curated playlists.

Yachty revealed the album’s official tracklist on October 16, adding a fifteenth track and featured verses from Young Nudy and Kevin Gates, as well as the aforementioned Cardi B and Offset. Check out the full tracklist below.

Yachty’s album may have not come out if not for Quality Control CEO Pee. According to HotNewHipHop, Pee paid $20K to have a Quality Control hard drive filled with unreleased music returned to him after it was stolen from the car of an engineer. Nuthin’ 2 Prove was one of the albums recovered, as well as unreleased Lil Baby music. 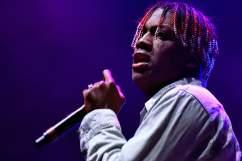 What Time Will Lil Yachty’s ‘Nuthin’ 2 Prove’ Be Released?