Getty Alison Sudol, the actress who plays Queenie in Fantastic Beasts, spoke out about the unexpected move that her character took in the Crimes of Grindelwald.

Alison Sudol, the actress who plays the sweet and tender Queenie in Fantastic Beasts and Where to Find Them, broke her silence and responded to the shocking and unexpected move that her character took in the Crimes of Grindelwald.

Beware: Spoilers ahead. If you haven’t seen the Crimes of Grindelwald, turn back now before anything is ruined for you.

#FantasticBeasts: The Crimes of Grindelwald is the number one movie in America! Get your tickets now: https://t.co/JDjIHC6MsJ pic.twitter.com/UL29Tdz4Xx

Tina’s sister Queenie is introduced in the first Fantastic Beasts film and falls head over heels for the goofy and affable muggle Jacob Kowolski. During Crimes, Jacob and Queenie travel to London to visit Newt, where Newt discovers that Queenie has put a charm on Jacob to manipulate him into marrying her. Although Jacob already loves Queenie and wants to be with her, their relationship was deemed illegal by the American wizarding law, and Jacob doesn’t want Queenie to risk being thrown in jail on his account.

Newt quickly realizes that Queenie has charmed Jacob, removes the charm, and allows Jacob to decide on his own if he’d like to marry Queenie in London. When Jacob comes to, he tells Queenie that he won’t let her risk jail time, so she’s upset and disapparates, heading to Paris to find her sister.

What follows is a bit of a downhill spiral for Queenie, who can’t block out the thoughts of the hundreds of strangers around her in Paris, and who eventually ends up seduced by Grindelwald’s promise of creating a new world, one where wizards are free to “love who they want,” whether they are muggles or not.

The biggest twist in Queenie’s plot comes toward the end of the movie, when she chooses to follow Grindelwald in his fight for a new world order, despite leaving Jacob behind, who refused to follow her into the blue flames.

Now, Alison Sudol, who plays Queenie in the films, is speaking out about her character’s shocking (and somewhat puzzling) change of heart. In an interview with Entertainment Weekly, Sudol says she first learned of Queenie’s change while promoting the first film, and was quite shocked and bewildered by her sudden change as well.

“I was like, wait, how did this happen?” Sudol told Entertainment Weekly. “It took a long time in my imagination to even begin to understand. And throughout the course of the film, to just begin to reconcile who she was in the beginning with the choices that she makes and realize she isn’t a different person she’s just abandoned in a really untenable circumstance.” 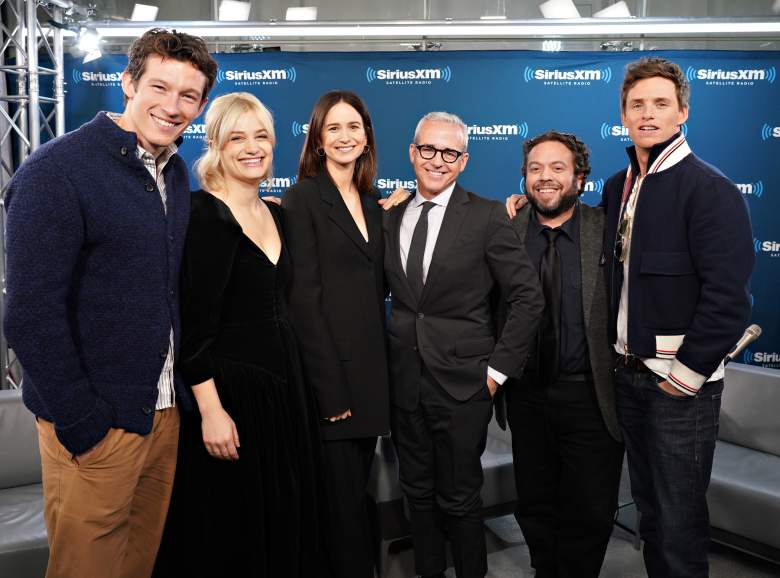 Sudol also says that her character felt betrayed by her sister, Newt and Jacob, which helped push her closer to the dark side.

“Jacob doesn’t come with her,” she told Entertainment Weekly. “It’s not so much about Jacob not coming with her to the dark side, it’s like, ‘Jacob, walk with me, we’re in this together.’ And she doesn’t have those two, so who does she have? Newt’s kind of betrayed her — he called her out, it was embarrassing. What does she have?”

However, despite her fairly clear intentions of joining Grindelwald, and her closeness to him at the end of the movie, Sudol doesn’t believe Queenie has completely betrayed her sister and friends, and still hopes that Queenie will do good.

“I still believe in her heart of hearts she’s going over to fight what she believes in,” Sudol said. “Grindelwald is saying, ‘we’re creating a different world’ and the world that she is in is broken. I don’t believe she’s turning evil. It’s more like she’s trying to find somebody who is giving her an option. He’s manipulating her but he’s manipulating everybody. He even did that with Dumbledore.”

Fantastic Beasts: The Crimes of Grindelwald is out in theaters now.

Read More
Fantastic Beasts and Where to Find Them, Harry Potter, Movies
Alison Sudol, the actress who plays Queenie in Fantastic Beasts, spoke out about the unexpected move that her character took in the Crimes of Grindelwald.