Tonight, Lil Durk is releasing the latest installment in his mixtape series, Signed to the Streets 3. The mixtape has been teased since earlier this year, and was prefaced by the promotional singles “Neighborhood Hero”, “India Skies, Pt. 2” and “Rock Star” featuring Lil Skies.

Signed to the Streets 3 will be made available on a number of platforms at 9 p.m. Pacific (Nov. 8) or midnight Eastern (Nov. 9) depending on your time zone. We’ve listed the streaming platforms that the album will be released on, and the ways in which you can listen to them below.

You will be able to stream Lil Durk’s mixtape on iTunes and Apple Music. If you have an Apple Music account, you can go into the app on your phone or tablet and set the notifications to alert you when the album is out. Click here to learn how.

Based on the standard release schedule for Spotify, Signed to the Streets 3 will also be available to stream on the platform. If you don’t have a Spotify account, you can sign up for one here and pay only $0.99 for the first three months.

Lil Durk’s mixtape will also be available to listen to on Tidal. The streaming service offers a free 30-day trial with Tidal Premium, which provides  access to music videos and curated playlists.

Speaking about the Signed to the Streets series, Lil Durk told HotNewHipHop that the latest installment is the best to date. “Just being able to be creative with my own music, giving my own input, and not being stuck inside a holding cell,” he said. “Like I can’t be able to put music out that I want that I know my fans will like instead of forcing the music, you know what I’m saying?”

“Alamo [Records] is giving me that chance to just be me, do me,” he added. “And telling them I can do it on my own too, by myself. It was like a minor setback for a major comeback.” Durk, born , also spoke on the collaborations he did with A Boogie Wit da Hoodie and Future. “[Future’s] a real big brother, he’s a mentor,” he revealed. “He’s been in the same situation and he knows the game. He came out on top. I just take a lot of advice that he gives me. Before I moved to Atlanta we had a bond, but now being in Atlanta, it just made us closer.”

#STTS3 – FRIDAY which songs you waiting to hear??

Durk released the official tracklist for Signed to the Streets 3 on November 7. The twenty track offering includes additional features from Gunna, Ty Dolla $ign, Kodak Black and Lil Baby. Check it out below. 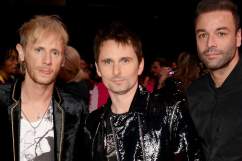 Read More
Hip-Hop, Music
Find out how to listen to Durk's new tape as soon as it comes out.