Weeks after announcing her split from husband Offset, Cardi B is back to making headlines for her music career. The rapper dropped the music video for her latest single “Money” Friday afternoon. Scenes from the video feature Cardi in a variety of outfits pole dancing, counting money, and even breastfeeding her infant daughter Kulture.

Needless to say, Cardi’s antics have caught the attention of her enormous fanbase on Twitter and Instagram. The hashtag #MoneyMusicVideo began trending as soon as the video dropped, with many praising Cardi for her charismatic presence and the video’s director, for the stunning choreography and design. “From to the aesthetics, cinematography,” wrote one stunned user. “Everything. Cardi B snapped. I don’t have the words.”

Check out some of the best reactions below.

From to the aesthetics, cinematography, everything – Cardi B snapped. I don't have the words. #MoneyMusicVideo pic.twitter.com/s9d8M7vrNN

Lemme tell y’all something… @iamcardib THAT VIDEO WAS A FREAKIN’ MASTER PIECE! HERE’S MY WIG, IT’S YOURS! #Money #MoneyMusicVideo pic.twitter.com/vvntJ9sLgp

And not a white woman in SIGHT.
????????i love this woman y’all.#MoneyMusicVideo

This is quality stuff! This is what your visuals are supposed to look like when you’re in the game 10+ years. #MONEYMUSICVIDEO pic.twitter.com/FvdpVVvwPJ

Some fans praised Cardi for embracing her past as a stripper and making it a standout part of the music video’s aesthetic. “Cardi is not ashamed of being an ex-stripper. She embraces as part of her journey making her money!!!!,” wrote one fan. “I love how in the video she’s paying homage to STRIPPER Cardi, MONEY making Cardi & Momma Cardi + she’s saying they’re all one. The past and the future merge.”

Anyone hating on the #MoneyMusicVideo is simply miserable and BROKE ? pic.twitter.com/26Dj2Xm57X

I expected greatness from this #moneymusicvideo, and it’s EXACTLY WHAT WE GOT ?@iamcardib pic.twitter.com/3hr4mcc5Jv

Me watching Cardi B get back on the pole. #MoneyMusicVideo pic.twitter.com/bwBZxOGAca

Me after watching the #MoneyMusicVideo. The VISUALS , THE LEWKS . SHE WAS BREASTFEEDING KULTURE WE- pic.twitter.com/ON9sVAtN5g

Even those who initially doubted Cardi’s star power were seemingly swayed by the quality of the music video. “I am currently eating my words because Cardi B is hard to hate,” one user admitted. “Cardi proved me wrong, and I’m man enough to admit it. The video was amazing.” Others were quick to point out that the Cardi wears during parts of the video were a possible nod to Lil Kim.

According to The Fader, Cardi is expected to re-release Invasion of Privacy with “Money” as a bonus track on January 25. “The plan was always to drop a bonus, but I didn’t think I was gonna be so busy doing back and forth things after giving birth,” Cardi had said in a Beats 1 interview with Ebro. “December or January. It’s songs that I think are really good that didn’t make the album.” Invasion of Privacy is currently nominated for Grammy Awards, including Best Rap Album, Record of the Year, and Album of the Year. 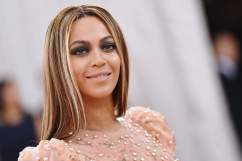