Getty Cardi B announced that she and husband Offset have decided to split, and many social media users are claiming the breakup is just a publicity stunt.

Cardi B posted a video on Instagram titled “There you go..peace and love,” to announce that she and husband and fellow rapper Offset have split up, saying that the two had tried to work out their differences but ultimately fell “out of love” with each other, and have decided to separate.

“So everybody been bugging me and everything,” she said in the video. “And you know, I been trying to work things out with my baby father for a hot minute now. We’re really good friends and you know we’re really good business partners… He’s always somebody that I run to, to talk to and we got a lot of love for each other but things just haven’t been working out between us for a long time.” Check out the full Instagram video below.

“It might take time to get a divorce,” Cardi continued. “And I’m always gonna have a lot of love for him because he is my daughter’s father.”

The “Bodak Yellow” rapper and Migos star have been married since September 2017, after the pair had already secretly eloped, although he famously proposed to her onstage in Philadelphia shortly after they married. The couple share a daughter together. 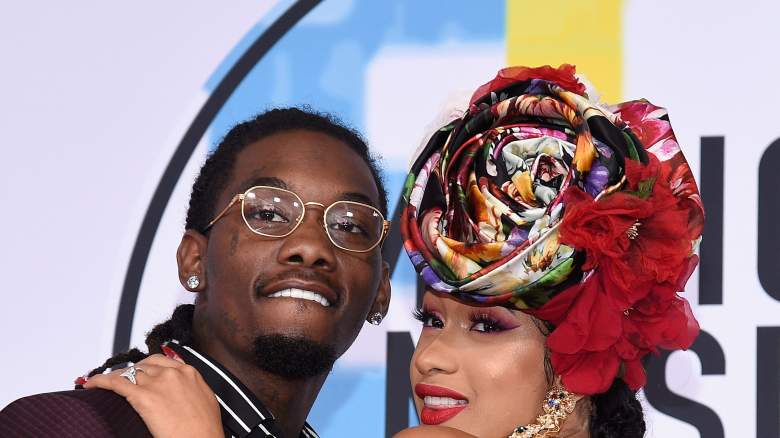 However, some fans are calling the news a publicity stunt to help shine the spotlight back on the two prior to the release of their upcoming projects. Since everything appeared to be fine between the pair just a few days ago, many fans of the couple aren’t buying the news. In fact, some folks believe that it’s all a prank.

“Naaaa this is a stunt because how u say s— haven’t been working out for a long time? Y’all was just posted up lovey dovey! I know u Cardi…. u don’t do fake love! I call bulls—,” one fan wrote in the comment section of Cardi’s video.

“Are you guys really believing the Cardi & Offset thing? It’s clearly a publicity stunt, they both have projects coming out,” Miss Phillips wrote on Twitter. “I didn’t think ya’ll were so gullible.”

Are you guys really believing the Cardi & Offset thing? ? It’s clearly a publicity stunt, they both have projects coming out. I didn’t think ya’ll were so gullible.

Offset is too off set for cardi B & they can't really be too upset because
Cardi b is releasing her new video & offset is releasing his solo album on thesame week they split
Hmm….Marketing strategy
Nice 1? pic.twitter.com/Ct1nDuzwWJ

Another user mentioned how the announcement was a “smart PR move” to promote Offset’s new album that’s about to drop, and she is about to release two new videos.

“This Cardi B and offset thing a publicity stunt. His album drop this month and she got 2 videos about to drop. They about to do numbers,” one user wrote on Twitter.

This Cardi B and Offset breakup kinda sounds to me like a publicity stunt. Why is it happening now of all times that he wants to drop his album? Could be a smart PR move…#Radioboy

This Cardi B and offset thing a publicity stunt. His album drop this month and she got 2videos about to drop. They about to do numbers

Others assumed it was a prank, and questioned whether April Fools Day had come early this year.

“I know Cardi B is pranking everyone. It’s no coincidence Offset’s album is due between Dec 12-14… this is just publicity, social media outburst! Not falling for this! No breakups,” user Zommi Vanessa K wrote.

I know Cardi B is pranking everyone. It’s no coincidence Offset’s album is due between Dec 12-14… this is just publicity, social media outburst!

Not falling for this! No breakups!#cardibandoffset

Despite the skeptics claiming the move was a publicity stunt, there were plenty of fans that supported her, and claimed the naysayers were just “haters” trying to spread false rumors and that those who think her separation is fake should be ashamed of themselves.

It’s a shame that people think this is some publicity stunt from @iamcardib. She goes public and announces on social media that her and @OffsetYRN have separated, but of course haters will be haters and will always have something to say. Damn shame ??‍♂️ #CardiB #Offset #Migos pic.twitter.com/hyllcYv3AW

Many fans called the relationship before it ended and weren’t surprised to hear about the split, as Offset has repeatedly been involved in numerous cheating scandals before the two had their child, and during Cardi’s pregnancy. Back in January, Cardi B publicly confirmed Offset was at the center of yet another sex tape cheating scandal but asked for fans to respect her privacy as she sorted out her future plans.

“I’m going to make a decision in my own times with my heart and mind,” she wrote in a now-deleted tweet that was liked more than 20,000 times before it was deleted. “I don’t need to be rushed or be told what to do. It’s my life! I belong to me not the world.”

Whether the split is a publicity stunt, or the two really decided to end things, fans are still devastated by the news, and her announcement video has already viewed over six million times.