Donnie Wahlberg and Jenny McCarthy have been married for four years. The New Kids on the Block member and the talk show host found love after meeting in 2013.

In the new year, McCarthy will be a panelist on The Masked Singer, a new reality show that will premiere on Fox next week. Meanwhile, her husband has been starring as Danny Reagan on Blue Bloods, alongside Tom Selleck. 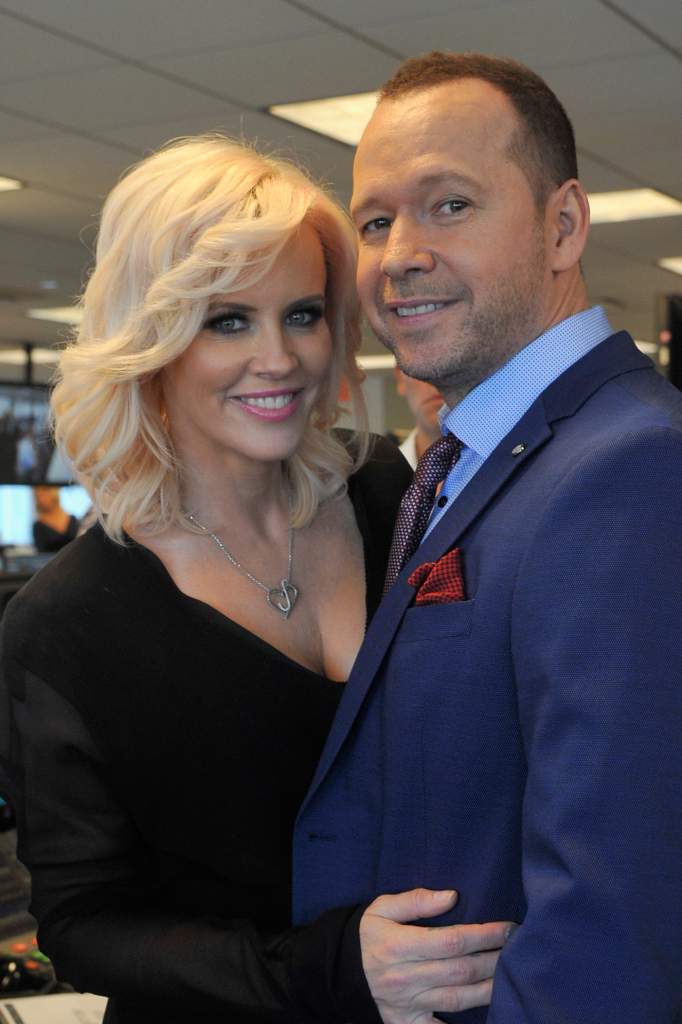 McCarthy met Wahlberg back in March 2013. She had him on as a guest on her show The Jenny McCarthy Show (VH1) and sparks flew. McCarthy got a little flirty with Wahlberg and asked him to talk dirty to her. According to People Magazine, the two were laying next to each other, enjoying lollipops, when the conversation went down.

Wahlberg proposed with an impressive 10-carat yellow sapphire engagement ring sometime in early 2014. He asked McCarthy to marry him with some help from her son, Evan. McCarthy made the announcement on The View.

“Donnie [Wahlberg] has been amazing. I thought for sure I would be going at it alone, like many parents who have kids with autism do, usually, 80 percent of them [are] divorced. So the fact that I found the love of my life for me, and [my son] Evan found a stepdad in his life, I feel like I can’t ask for anything else,” McCarthy told Fox News in 2017. 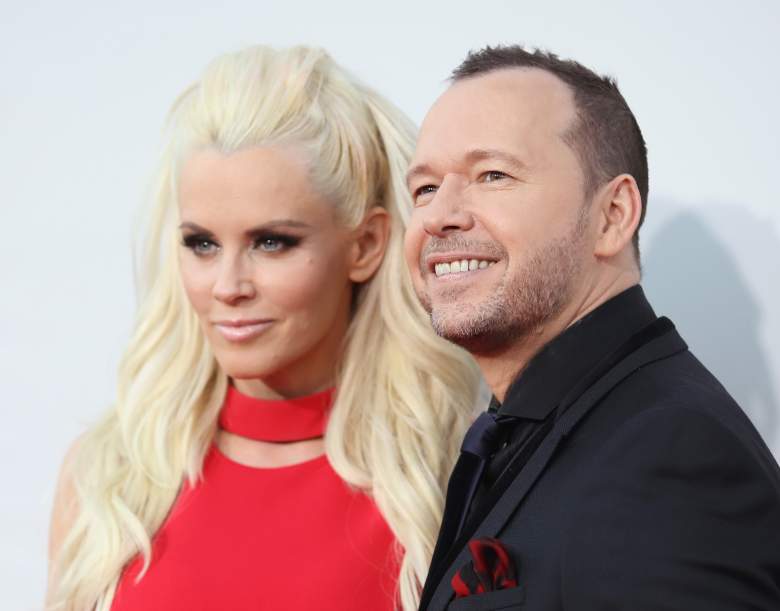 On August 31, 2014, Wahlberg and McCarthy tied the knot at the Hotel Baker in St. Charles, Illinois. The intimate ceremony lasted just 20 minutes as the couple said their “I do’s” in front of 90 close family and friends. Wahlberg and McCarthy worked closely with wedding planner Shuki Moran (from Exceptional Events) to make their wedding day dreams come true. The decor was described as “romantic” and “classic” with red roses and white candles placed around the ceremony area.

Donnie’s brother, Mark Wahlberg, made headlines that weekend because he didn’t attend the wedding. According to Us Weekly, Mark had a previous engagement involving his daughter but wished the happy couple well by way of a video message.

McCarthy wore a custom corseted Di Santo gown. Her son, Evan, walked her down the aisle.

Wahlberg wore a black Reiss tuxedo, keeping his look classic. His New Kids on the Block bandmates Jordan Knight, Joey McIntyre, Danny Wood, and Jonathan Knight were a big part of the day as they served as his groomsmen.

“We are ready to live happily ever after,” McCarthy told Us Weekly after the wedding.

Thank u for my amazing wedding hair-do @hairandfitness2! You are the best!

Mr & Mrs Wahlberg checking in from our honeymoon. Sending #love.

3. Wahlberg & McCarthy Have Decided Not to Have Children Together 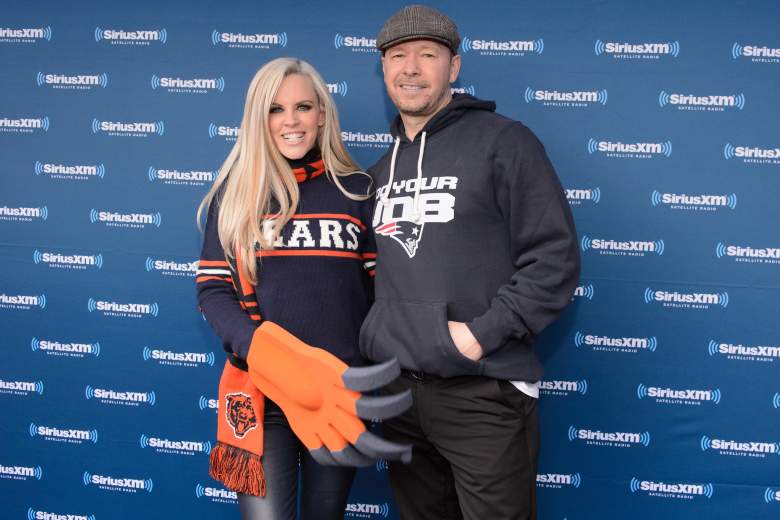 Since the two already have three children between them, they’ve decided that they don’t want to add to their brood and have kids of their own.

“I’m like, ‘Oh my god, I really, really kind of still’ — I’m at that age where it’s like really tick tock. And we both said we enjoy each other’s company so much, and we have three kids [from previous relationships]! So, we want to be able to give all our energy to them and still enjoy our golden years,” McCarthy told Entertainment Tonight back in February.

“We have two teenagers, Jenny’s son [14-year-old Evan] and my son [15-year-old Elijah] and now they’re our sons, and they need all of our attention right now, and our family comes first before everything else now. After working all these years together, to be able to focus on our children, and to burden them with another child, and to burden ourselves at such an early stage in our relationship — we’ll let the other boys graduate high school and see what happens then,” Wahlberg added.

Happy birthday to my amazing Son @easher99 I love you to the moon and back! 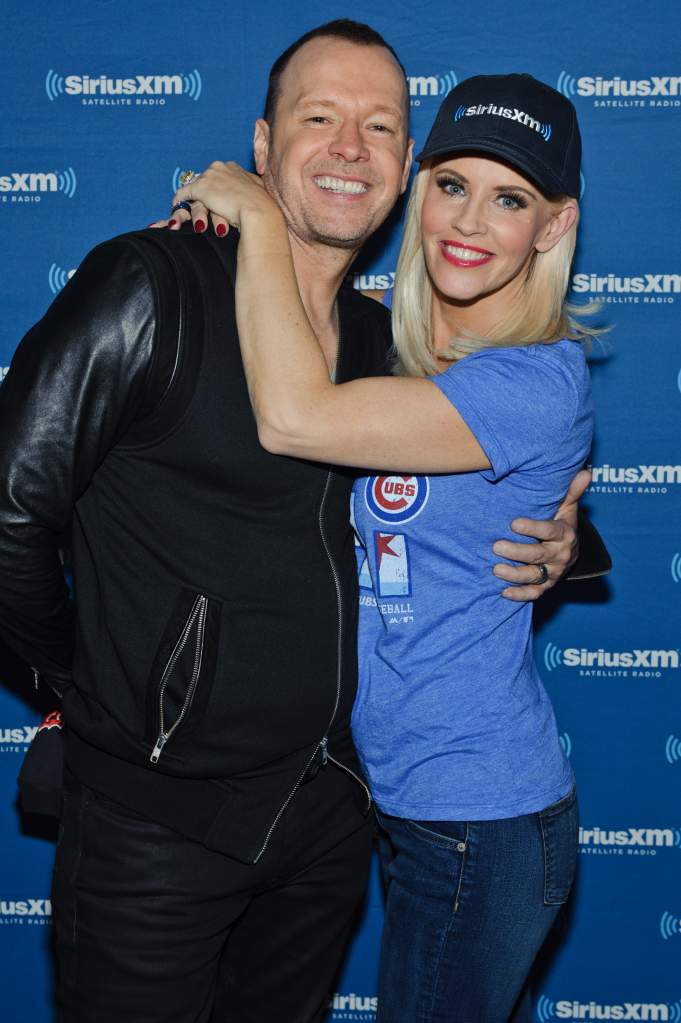 After the couple got together, they were approached to do a reality show. They agreed and made an announcement.

“Not only have we found a new home together, we have found the perfect place for our exciting new projects to live with A&E Network. We’re so excited about this deal and look forward to a long and successful relationship creating entertaining and provocative unscripted programming with our partners at A&E. Our feeling is, who better to make our first show for the network about than about us? We love working together and with our crazy schedules this gives us the chance to both work and play together,” the couple said in a statement before the show aired.

Their 10-episode show was appropriately titled Donnie Loves Jenny and aired on A&E in 2015. The premiere episode contained footage of the couple’s wedding. You can check out a clip in the video below.

5. New Kids on the Block Fans Were an Easy Sell on This Relationship 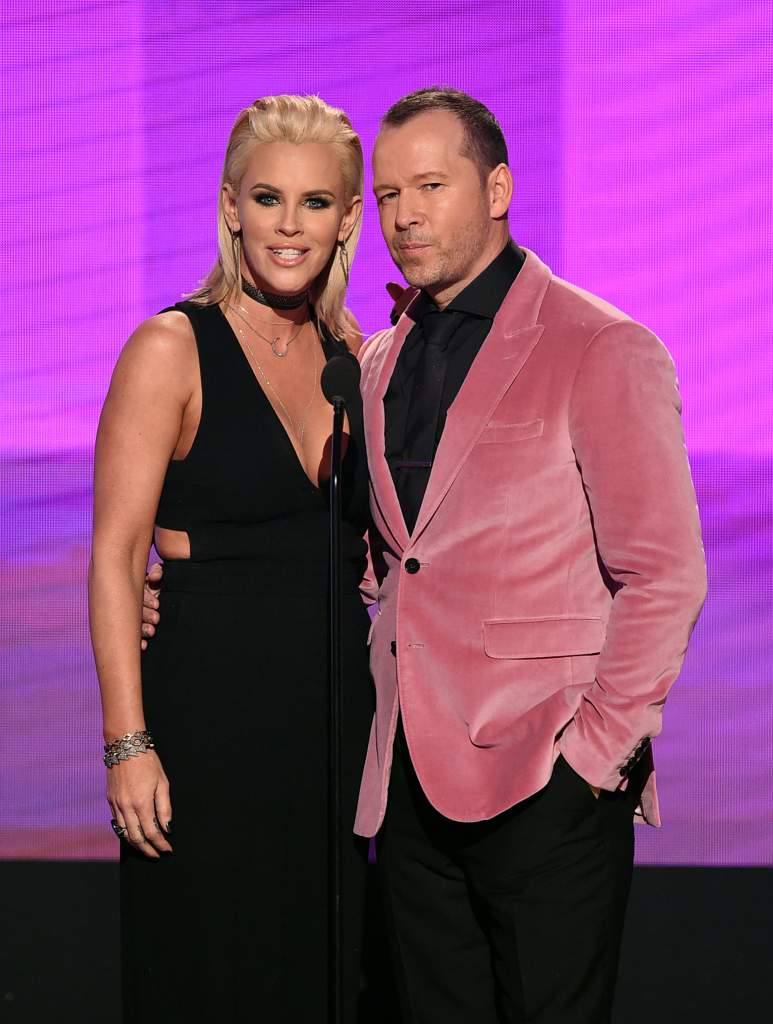 While many New Kids on the Block fans are protective of the guys they consider “brothers,” many took to McCarthy right away.

“Jenny knows how big a part they (fans) are of my career and how much they mean to me, so when we first started talking, she was like… ‘I’m a Blockhead too; if your fans mean that much to you, then I’m gonna be with them. They’re my sisters too.’ But the fans have been very supportive… They look after me; they’re like my sisters… They watch my back. And they love her,” Wahlberg previously said, according to Young Hollywood.

McCarthy has been known to attend many New Kids on the Block concerts over the years and has been a huge supporter of her man.