Getty Cardi B announced that she and husband Offset have decided to split, and many social media users are claiming the breakup is just a publicity stunt.

Offset crashed Cardi B’s show at the Rolling Loud Festival Saturday night, rolling several floral signs on stage with the words “Take Me Back Cardi” painted on them right before she was set to perform. However, the Migos rapper didn’t quite get the reaction he had probably hoped for.

Cardi, who looked visibly uncomfortable during the incident, exchanged words with Offset, before the props were wheeled offstage and she launched into her single “Money.”

CARDI B MADE OFFSET LOOK LIKE A FOOL LMAO pic.twitter.com/v4JPYLHVKU

Offset chose to stage his big public gesture moments before Cardi B became the first female headliner at Rolling Loud, annoying many fans who felt he he took her hard-earned spotlight and made the night all about him.

Cardi announced the split earlier this month in a video posted to Instagram titled “There you go..peace and love.” She announced that she and Offset have split up, saying that the two had tried to work out their differences but ultimately fell “out of love” with each other, and have decided to separate. 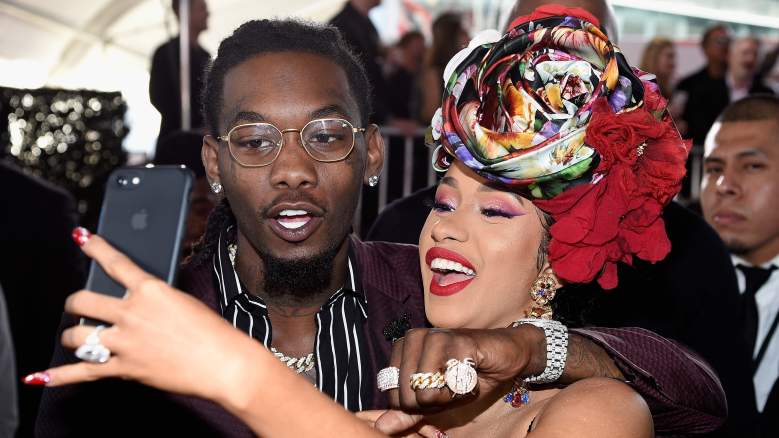 “So everybody been bugging me and everything,” she said in the video. “And you know, I been trying to work things out with my baby father for a hot minute now. We’re really good friends and you know we’re really good business partners… He’s always somebody that I run to, to talk to and we got a lot of love for each other but things just haven’t been working out between us for a long time.” Check out the full Instagram video below.

“It might take time to get a divorce,” Cardi continued. “And I’m always gonna have a lot of love for him because he is my daughter’s father.” Offset commented on the Instagram post early, writing a simple: “Y’all won.”

Omg @21Savage brought Offset out for his set @RollingLoud, sang happy birthday then made the crowd tell @iamcardib to take him back ?? pic.twitter.com/gVPluEe8mK

This newest stunt comes days after 21 Savage had Offset come onto the stage for his 2018 Rolling Loud Los Angeles set and had the audience chanting “take Offset back.” Shortly before that, Offset had posted a video apologizing to Cardi B on his Instagram account. Check out his apology below:

“I only have one birthday wish. That is to get my wife back, Cardi B,” Set starts in the video, which he posted on his birthday Friday night (Dec. 14). “We going through a lot of things right now. A lot of things in the media. I want to apologize to you, Cardi, you know I embarrassed you. I made you look crazy, doing things I ain’t have no business. Partaking in activity that I shouldn’t have been partaking in. And I apologize for breaking your heart, breaking our promise, breaking God’s promise and being a selfish messed up husband.”

The “Bodak Yellow” rapper and Migos star have been married since September 2017, after the pair had already secretly eloped, although he famously proposed to her onstage in Philadelphia shortly after they married. The couple share a daughter together.

Following Offset’s stunt on Saturday, Cardi took to Instagram once again to ask her fans to leave Offset alone, telling them on Instagram that “the whole coming at my baby father bullshit, that doesn’t make me feel any better.”

Following their split, many fans thought the news was a publicity stunt to help shine the spotlight back on the two prior to the release of their upcoming projects. Since everything appeared to be fine between the pair just days before the split, many fans of the couple didn’t buy the news. In fact, some folks believe that it’s all a prank.

“Naaaa this is a stunt because how u say s— haven’t been working out for a long time? Y’all was just posted up lovey dovey! I know u Cardi…. u don’t do fake love! I call bulls—,” one fan wrote in the comment section of Cardi’s video.

“Are you guys really believing the Cardi & Offset thing? It’s clearly a publicity stunt, they both have projects coming out,” Miss Phillips wrote on Twitter. “I didn’t think ya’ll were so gullible.”