Tonight is part 1 of the season 15 finale of The Voice and all four remaining finalists will perform three songs each. The remaining contestants will deliver a cover performance, a duet with their coach, and then their debut single. Coach Adam Levine is the only judge without an artist in the 2018 finale. Get to know more about each of tonight’s contestants, along with the songs they’ll be performing on part 1 of the finale.

It’s time to interview @imkennedyholmes! ?? Leave your questions below & you may luck out and get an answer later. ? #TheVoice

Kennedy Holmes is on Jennifer Hudson’s team and she was voted through to the finale by America’s Instant Save. She fought for her spot in the finals and was rewarded with real-time voting. Holmes is only 13 years old, which makes her the youngest artist on the show. But, that didn’t stop her from getting a four-chair turn during her blind audition this season.

When it comes to her performances tonight, she will perform “Confident” by Demi Lovato and “Home” from The Wiz. Her debut single is “Love is Free”.

What would you say…to @kirk_jay? ? He’ll be answering your questions later today, so ask away! #TheVoice ?

Kirk Jay is one of the remaining contestants on Blake Shelton’s team and he has been favored to win this season. When he first auditioned this season, he earned a four-chair turn from the judges for the Rascal Flatts song “Bless the Broken Road”, so it makes sense he would sing a Rascal Flatts song on the finale. On part 1 of the finale, Jay will sing “I Won’t Let Go” by Rascal Flatts, as well as the song “You Look So Good in Love” by George Strait. The debut single he will perform is “Defenseless”.

He is 22 years old and he comes from Bay Minette, Alabama. In an interview with the Montgomery Adviser, he said, “I’m so honored, I’m so grateful and I’m so appreciative to have all the support that’s behind me, man. All of America that believed in me. I want America to know from the bottom of my heart that I really do appreciate them for supporting my dream.”

@kellyclarkson has a secret weapon! ? Is @officialchevelshepherd her golden ticket to a second consecutive win? #TheVoice

Chevel Shepherd is a part of Kelly Clarkson’s team. Shepherd is 16 years old and she hails from Farmington, New Mexico. In an interview with KOB4, Shepherd talked about what it’s been like working with her coach this season. She talked about some of the advice Clarkson has given to her behind the scenes this the season. Shepherd said, “What Kelly Clarkson told me was that I was in my head a lot. And she’s been in my shoes, so what she told me kind of motivated to pick her because I feel like she could do a lot for me in the future.”

On tonight’s finale episode, the songs Shepherd will sing include “It’s a Little Too Late” by Tanya Tucker and “Rockin’ with the Rhythm of the Rain” by The Judds. Her debut single is titled “Broken Hearts”.

Relax, you’re on Kroeze control! ? Pick @chriskroezemusic’s brain with some QUESTIONS while he picks guitar and you might get an answer below. ? #TheVoice

Chris Kroeze is another contestant remaining on Blake Shelton’s team. He is 27 years old and he is from Wisconsin. According to Country Living, Kroeze is married with two young kids and enjoys his family time, as well as performing.

When it comes to what Kroeze is performing tonight, he will sing “Sweet Home Alabama” by Lynyrd Skynyrd, as well as “Two More Bottles of Wine” by Emmylou Harris. For his debut single, he will perform the brand new song “Human”. 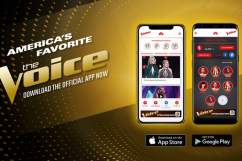