Tempers flared during a recent interview between Kodak Black and Hot 97 host Ebro. While Black came by to promote his sophomore album Dying to Live, Ebro’s insistence on discussing his upcoming sexual assault trial led to the rapper getting upset and walking out of the interview. Watch the interview below.

“With respect to everybody involved in that case, and we can’t get into details, but we take sexual assault very serious,” Ebro said during the interview. “We can’t get into details, but we hope to have you back so we can have a deeper conversation about that, because it’s a serious topic. We’re hearing these stories a lot.” Black refused to answer any questions, to which Ebro responded: “We don’t have to talk about nothing else, we can be done right here.” Black then got up and left.

The tense nature of the interview has drawn lots of attention on Twitter and Instagram. While some feel that Ebro was being pushy by forcing Black to discuss his sexual assault charges, others applauded the Hot 97 host for breaching topics that other interviewers would shy away from.

When people are more upset at Ebro than sexual assault … pic.twitter.com/bH3Y74NiXm

These trash rappers need to be called out and held accountable. No one dragged kodak for r*ping a woman but want to drag ebro for calling him out? pic.twitter.com/X7MUm1uyIz

Kodak Black sexually assaulted a whole person and Ebro is the clown? pic.twitter.com/TQqeLiIZoT

Imagine being mad at Ebro for not ignoring the fact an artist sitting in front of him has an open SEXUAL ASSAULT case and not bothered by the actual crime. pic.twitter.com/1graJRd4UC

“Much love and respect to @oldmanebro for his question and how he handled interviewing Kodak Black,” wrote one user. “Sexual assault is a serious topic, and if you don’t care about it, you a lame. Stop jocking celebs accused of serious offenses. Respect bruh ✊? #HipHop.”

Another fan tweeted out: “Why are people mad at @oldmanebro for asking Kodak Black about his recent court case? The issue shouldn’t be with Ebro. The issue should be with Kodak’s label and management who should coach him on how to handle media and radio interview questions.”

Others were less complimentive of Ebro. “I’m happy Kodak Black walked out of the Hot97 interview because Ebro did some extra corny sh*t, smfh,” one disappointed fan wrote. “Get some new personalities in the building.” Another tweeted out: “I respect @KodakBlack1k for walking out of the interview…. Ebro is a hater and be asking ignorant a*s questions.” Check out more reactions below.

I agree with Kodak: I don't think #Ebro cares about the charges necessarily- b/c he's had hella rapists, murderers, etc. on his show- he asked b/c he wanted to be the one to break the story. I don't know Kodak's story but behaviors are tolerated & accepted based upon the actors! pic.twitter.com/CgcieOmIn6

LMAOOOO this fool Ebro tried to have a Charlemagne moment ???? pic.twitter.com/7KjiwFcZrO

Ebro might be the feds fr. He def snitched on 6ixnine. Why wud you ask Kodak about an ongoing case? STOOPID! pic.twitter.com/Yw4DLq4fIA

Ebro every time a rapper under 30 comes in for an interview pic.twitter.com/F0rerq7dP5

Ebro: “Can we talk about your rape case?”

Ebro himself addressed the controversy surrounding the interview on Twitter. “I was tryna have a balanced convo with Kodak Black & not ignore the serious allegations against him,” he explained. “But also not ask specifics to make his situation worse… and he wanna get an attitude with me?? Nah….”

I was tryna have a balanced convo with Kodak Black & not ignore the serious allegations against him but also not ask specifics to make his situation worse… and he wanna get an attitude with me?? Nah….

People are really dense… He gave us an ultimatum. I didn’t ask him a question. I said “when you come back hopefully we can address…” FOH

The Hot 97 host went on to compliment Black despite his refusal to chat. “Watch the entire @KodakBlack1k interview… I think most of it was honest & balanced,” he tweeted. “He’s a smart guy… I just won’t be given ultimatums after we tried to be chill.. nah.” 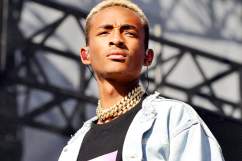 Jaden Smith Girlfriend: Is the Rapper Dating Anyone?