Bob Einstein has died. The beloved actor of shows like Curb Your Enthusiasm and Arrested Development, as well as the creator of Super Dave Osborne, was found dead on Wednesday morning. He was 76.

Einstein wasn’t the only famous entertainer in his family, however. Along with his younger brother Albert Brooks, Einstein came from a household of talented actors, authors and musicians. Read on to learn about his family and their laundry list of accomplishments below.

Albert Brooks, born Albert Lawrence Einstein, is perhaps the only member of the family who matches Einstein in terms of fame. Brooks started out as a comedian, releasing a series of acclaimed comedy albums Comedy Minus One and A Star Is Bought, the latter of which was nominated for a Grammy. He also directed a series of popular short films for Saturday Night Live during the 1970s.

Brooks transitioned to films in the 1980s, as he wrote, directed, and starred in the popular films Modern Romance (1981), Lost In America (1985), and Defending Your Life (1991). He gave acclaimed performances in Terms of Endearment (1983) and Broadcast News (1987), the latter of which earned him an Academy Award nomination for Best Supporting Actor.

Brooks continued to find success in the 2000s, lending his voice to the beloved films Finding Nemo (2003) and Finding Dory (2016). He also voiced the character Russ Cargill in The Simpsons Movie (2007).

2. His Half-Brother Charles Einstein Was a Reporter & Crime Novelist

Einstein had two older brothers, Charles and Clifford. Charles was a popular sportswriter and journalist. According to Mystery File, he was a lifetime member of the Baseball Writers Association of America, and he published four sports-related books: Fireside Books of Baseball, The New Baseball Reader, and Born to Play Ball and My Life In and Out of Baseball. The latter two were written in collaboration with Willie Mays.

In addition to his sportswriter career, Charles was a crime author who published a handful of popular novels during the 1950s. Some of these novels were turned into films like The Bloody Spur, which was adapted by director Fritz Lang as the 1956 drama While the City Sleeps. The film starred Dana Andrews, Rhonda Fleming, Vincent Price, Ida Lupino and George Sanders. Charles died on March 7, 2007.

Clifford Einstein is a retired advertising executive who still lives in Los Angeles.

3. His Father Harry Einstein Was a Comedy Writer & Radio Personality In the 1940s

Harry Einstein was a popular character actor and comedian during the 1930s and 40s. He performed under the alias Parkyakarkus for much of his career and was a staple of both the Eddie Kantor and Al Jolson programs before landing his own TV show, Meet Me at Parky’s, in 1945. The show ran for three seasons. After it was canceled, Harry became a regular on Friars’ Club roasts. He suffered a fatal heart attack during a 1958 roast in honor of Lucille Ball and Desi Arnaz. He was only 54.

He was pronounced dead shortly before the roast was scheduled to conclude. Arnaz, the closing speaker, paid him tribute. “This is one of those moments that Lucy and I have waited a lifetime for, but it’s meaningless now. They say the show must go on, but why must it? Let’s close the show now by praying for this wonderful man backstage who has made a world laugh.”

Bob Einstein recalled the impact that his father’s success had on him and the rest of the family. “My father was a brilliant comedian and he was hilarious,” he told The Futon Critic. “I know you never would have heard of him but when I was a little boy – and this is an unbelievable story – I came home and he was with the original Amos and Andy, Freeman Gosden and Charles Correll, teaching them how to do accents. He was absolutely brilliant and he died too young but that’s what we came from.”

4. His Mother Thelma Leeds Was a Singer & the Inspiration for Brooks’ 1996 Film ‘Mother’

A post shared by Classic Hollywood Archive (@classichollywoodarchive) on Jun 2, 2018 at 12:21am PDT

Einstein’s mother Thelma Leeds was an actress and singer. She started out as an opera performer in New York nightclubs, and was eventually signed to RKO Pictures, where she made her film debut in the 1936 Fred Astaire & Ginger Rogers vehicle Follow the Fleet. She went on to appear in hits like The Toast of New York and New Faces of 1937. During filming of the latter, she met Harry Einstein and they quickly married.

Leeds retired from show business in 1938, and stayed married to Harry until his death twenty years later. She remarried to Irving “Bernie” Bernstein in 1960, and they were together until Bernstein died in 1983. Leeds came out of retirement to play the mother of her real-life son Brooks in the 1981 comedy Modern Romance. According to the Los Angeles Times, Leeds was also the inspiration for the colorful title character in Brooks’ 1996 film Mother. The character was played by Debbie Reynolds, but Leeds was reportedly annoyed that she didn’t get to play it herself.

“I think Mom was bugged that she couldn’t play it,” said Clifford Einstein. “She loved to laugh at herself and loved the portrayal of Mother that, while not her story, was certainly loosely based on her: the kind of mother that loves to control everything. She was very strong; she’d tell us what to do always. She was perfectly comfortable giving advice to kids in their 50s and 60s.” Leeds died on May 27, 2006.

5. He’s Survived by His Wife, Roberta, & His Daughter, Erin

R.I.P. My dear brother Bob Einstein. A great brother, father and husband. A brilliantly funny man. You will be missed forever.

Einstein is survived by his daughter Erin Einstein Dale, and his wife of over 40 years Roberta. Due to the fact that Erin has not pursued a career in film and television like so many of her family members, information about her life is scarce. According to Deadline, she is married to Andrew Dale and they have two children together: Ethan and Zoe Dale.

The only member of the family who has commented on Einstein’s death so far has been Albert Brooks, who tweeted out: “R.I.P. My dear brother Bob Einstein. A great brother, father, and husband. A brilliantly funny man. You will be missed forever.” 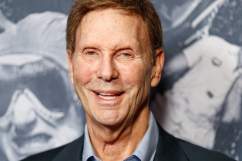 Bob Einstein Cause of Death: How Did the Actor Die?