Getty Christian Bale has two children - Emmeline and Joseph - with his wife of 18 years, Sibi Blazic. Read on for more information about his wife, children and parents.

Christian Bale, who won best performance by an actor in a musical or comedy film for the movie “Vice,” thanked his two children, “Banana” and “Burrito,” during his Golden Globes acceptance speech on Jan. 6. Although celebrities are known for giving their children some pretty unique names, you can rest easy knowing that Bale didn’t actually name his kids after food items.

Bale shares a 13-year-old daughter named Emmeline and a 4-year-old son named Joseph with his wife, Sibi Blazic. Blazic was in the audience during Bale’s acceptance speech, and he thanked her for her unwavering support throughout his career. Check out his speech below:

Bale was born into a family with a long history in entertainment, according to Notable Biographies. “His grandfather was a stand-up comic and children’s entertainer; his great-uncle, Rex, was an actor; and his mother, Jenny, was a former circus performer. Two of Bale’s three older sisters even joined the business eventually: Erin is a musician and Louise is a director and actress,” Notable Biographies reports.

Bale’s immediate family generally steers clear of the spotlight and keeps their private life as private as possible, but here’s what we know about Bale’s family, including his parents, wife and children:

1. Bale’s Father David Was a Businessman, Pilot & Talent Manager Before He Died of Brain Lymphoma in 2003

Bale’s father David Bale was a successful businessman, a commercial pilot and a talent manager, according to BHW. David is a major supporter of animal rights, and has a membership with The Dian Fossey Gorilla Fund and the Ark Trust.

Before he met Bale’s mother, he was married to a woman named Sandra Kreunen, with whom he shares a daughter. After he met and married Bale’s mother (see below), the couple had three more children together, including Bale and his sisters Louise and Sharon. He eventually met and married Gloria Steinem, a feminist and journalist, according to BHW.

Because David was a pilot, he moved the family around quite a bit when Bale was growing up. To this day, Bale credits his father’s career as the driving force behind why he became an actor. “I not only inherited an aversion to the nine-to-five routine,” he told Graham Fuller of Interview Magazine in 2004, “but the sense from my parents that being bored and boring is the worst thing that you can be.” 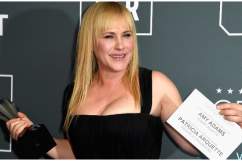 Why Are People Obsessed With Patricia Arquette’s Teeth?

2. Bale & His Mother Jenny Have Had a Rocky Relationship After She Accused Him of Physically Assaulting Her During an Argument in London

Bale’s mother Jenny James worked as a circus performer and a clown in the early years of her life, before trading in the circus life for a comfortable desk job as a receptionist at a doctor’s office.

According to BHW, Bale and his mother have a tense relationship after Jenny accused him of assault and had him arrested back in 2008 following an explosive argument at London’s five-star Dorchester Hotel on the eve of the London premiere of “Dark Knight Rises.” According to the Daily Mail, Bale and his mother and sister didn’t speak for many years following the incident.

The Daily Mail reports that Bale’s row with his mother and sister was caused by a previous fight between Jenny and his wife Blazic, after Jenny hung up on her during an argument. This apparently caused Bale to allegedly verbally and physically assault his mother in front of three young children (his nieces) and sister, which led to the two women filing a report with police.

3. Bale Met His Wife Blazic While She Was Working as a Personal Assistant to Actress Winona Ryder & The Two Have Been Together for 18 Years 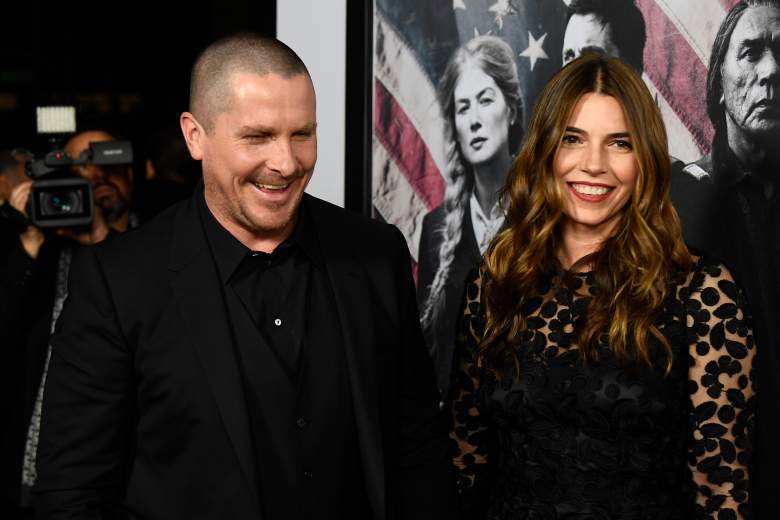 According to Elite Daily, up until Bale met his wife Blazic, he had never planned on tying the knot with any woman. Bale reportedly met Blazic when she was working as a personal assistant to Winona Ryder, who was a friend of Bale’s at the time.

“Everyone was divorced in my family so I didn’t have very healthy ideas about marriage,” Bale told the Sydney Morning Herald in July 2012, according to Elite Daily. “Then I met Sibi and suddenly it seemed a fantastic idea.”

Bale and Blazic have been married for 18 years and are still going strong, and he considers Blazic his biggest supporter. Check out what he said about his wife after he nabbed the Critics Choice Award for Best Supporting Actor for his role in “The Fighter”:

I truly believe you can’t celebrate something like this without having your partner with you. She’s had to be married to so many different characters over our marriage. I know that it would be impossible to do it without her. She’s such a good, strong woman. I owe everything to her. 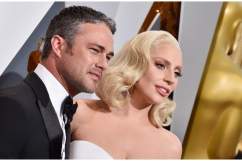 Who Is Lady Gaga’s Ex-Fiance Taylor Kinney? Why Did They Split Up?

4. Bale Credits His Wife For Helping Him Bring Batman to Life & Says His Wife Was a Terrifying Stunt Driver on The Set 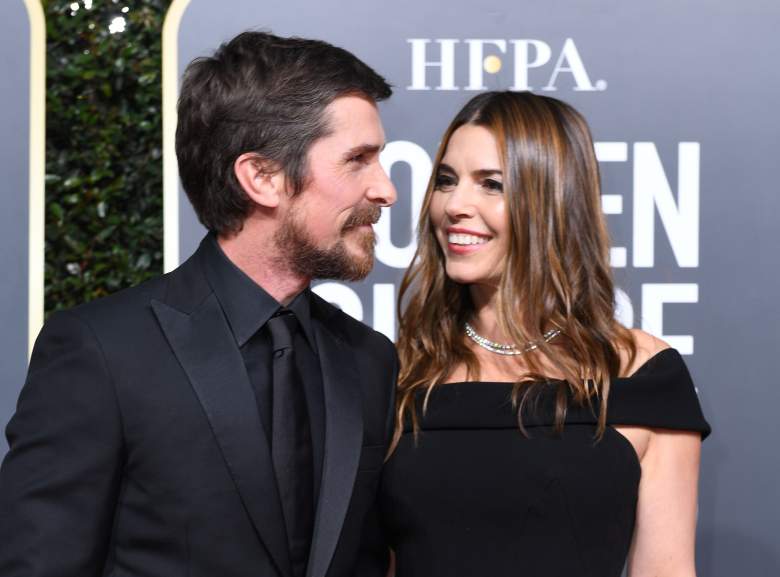 According to Elite Daily, Bale credits his performance as Batman to his wife, who helped him prepare for the role by driving like a maniac.

“My wife was a stunt driver,” he told The Wall Street Journal magazine in 2014, according to Elite Daily. “She was chasing me through the city in Batman. She was driving one of the cop cars. She can do 180s and stunts and all that. She terrifies me. My wife terrifies me.”

5. He is Notoriously Private About His Family Life & Does Everything in His Power to Keep His Children Out of the Spotlight, So There Are Very Few Public Pictures Available

During their 18 years together, Bale and Blazic have welcomed two children — 13-year-old daughter Emmeline, and four-year-old son Joseph, who joined the family in August 2015. Aside from thanking his wife for her support, he also thanked his children during his Golden Globe acceptance speech, whom he calls “Banana” and “Burrito.”

Bale is fiercely private and protective of his family, and has worked tirelessly over the years to ensure his two children have a life that is as normal and free of media attention as possible, which is why there are very few pictures of his children publicly available, with only a handful of photos of Emmaline appearing in tabloids. Pictures of Joseph are few and far between as well, often coming in the form of tabloid shots when the family steps out for a day together.

READ NEXT: Is Vanessa Hudgens Married? Does She Have a Husband?