Getty Jerhonda Pace is one of more than 50 people to speak out about their relationship with R&B star R. Kelly in the Lifetime docu-series 'Surviving R. Kelly.'

Jerhonda Pace is one of dozens of people who came forward to discuss their relationships with R&B star R. Kelly and the impact he had on their lives throughout his long career in Lifetime’s docu-series titled Surviving R. Kelly.

The full Surviving R. Kelly documentary covers Kelly’s life, including his childhood, his rise to fame and his sex scandals. Several big names such as John Legend and Wendy Williams appear in the series, and dozens of women, including Kelly’s ex-wife Andrea Lee and former backup singer Stephanie “Sparkle” Edwards, are filmed talking about their relationship with Kelly over his career.

However, the series focuses heavily on Kelly’s scandals, abuse accusations and child pornography charges over the years, and many of the women featured in the documentary highlight the abuse they claim to have endured at the hands of the R&B singer.

Pace is one of more than 50 people to come forward with allegations of abuse and assault against Kelly. Pace was in a relationship with Kelly when she was just 16-years-old. She told The Root in an interview in early December that arguments with Kelly would become extremely “heated,” and if she told him she didn’t want to do something he would get upset. Pace told The Root that overtime, their arguments progressed from yelling to slapping, and that he abused her several times.

“The heated arguments were something that was a bit alarming,” she told The Root. “If I didn’t want to do something, he would get extremely upset, and it would become heated. Overtime it progressed to ‘okay, now I’m not going to yell at her anymore, I’m going to slap her.’ So he would just slap me, and I was to …” at this point in the video, Pace falters and starts to cry. You can view Pace’s full interview with The Root below.

Pace met Kelly, an idol of hers, outside of his child pornography trial in 2008, when she was just 15-years-old. Pace, who was Jerhonda Johnson when she first met Kelly (she is now married with three children), was a huge supporter of the R&B singer and skipped school every day during his trial to attend the proceedings. She formed a relationship with the singer after the trial ended, which quickly spiraled out of her control.

During the end of his trial, Pace met Kelly outside of the courthouse, chatted with the singer and got his autograph, before continuing on her way. However, that wouldn’t be the last time Pace met with Kelly; one of his employees friended Pace on MySpace and invited her to a party at his home in Olympia Fields, Illinois in 2009 when Pace was still only 16.

“I was a bit nervous,” she told BuzzFeed. “Even though I had already met him at his trial, I was like literally at his house, so it did not feel real.” She remembers Kelly calling her over to the bar and telling her he had noticed her at the trial. He then asked for her cell phone and entered his number in it, BuzzFeed reports. “At the time I was still, you know, pretty starstruck, so I was in disbelief,” she says. She did not disclose her age to Kelly.

The following month, in June of 2009, Kelly invited Pace back to his mansion, and sent a car to pick her up. When she arrived, he told her to undress and model for him. The two then had oral sex, and Kelly made his first attempt to ensure that she did not talk about their sexual relationship by “having her write out and sign letters stating that she had stolen jewelry and cash from him and that her parents had set her up to blackmail him,” Pace told BuzzFeed. Pace says she did as instructed, but none of the charges were true.

The next time the two met, they had intercourse. Pace told BuzzFeed that she was a virgin at the time, which “excited” Kelly. Over the next seven months, Pace says she had sex with Kelly several times, with Kelly filming most of the encounters without her permission, according to a settlement draft that Pace filed after the relationship ended.

“I had to call him ‘daddy,’ and he would call me ‘baby.’ He wanted me to have two pigtails, and I had to go out and find little schoolgirl outfits,” she told BuzzFeed. Over the course of their relationship, she finally revealed to Kelly that she was only 16, and even showed him her state ID, to which he responded that it was “fine” but that she should tell people she was “19 and act like she was 25.”

She has given several accounts of her relationship with Kelly over the years, to many different media outlets, and has reiterated similar stories to that of many of Kelly’s other ex-girlfriends and partners. She has spoken about how controlling he was, how she had to follow his draconian “rules” or be punished, and how she was mentally and physically abused if she broke the rules. She also claims he forced her into threesomes with other young women, another accusation that has been repeated by many of the women on Lifetime’s Surviving R. Kelly.

She has been featured on shows such as The Real Daytime, detailing how Kelly had “silenced” her throughout the years with cash settlements in return for signing nondisclosure agreements, such as the alleged fake document detailed above about her parents trying to extort money from him.

Pace says she ended her relationship with Kelly in January 2010 after the two had an argument when Kelly caught her texting a friend. “I was slapped and I was choked and I was spit on,” she says, a claim repeated in the settlement draft and a corresponding polygraph, according to BuzzFeed.

Representatives for Kelly issued a statement in 2017 denying Pace’s accusations. “The allegations against Mr. Kelly are false, and are being made by individuals known to be dishonest. It is clear these continuing stories are the result of the effort of those with personal agendas who are working in concert to interfere with and damage his career. Mr. Kelly again denies any and all wrong doing and is taking appropriate legal action to protect himself from ongoing defamation.”

Pace deliberately broke a nondisclosure agreement to share her story because she wanted to protect future women, and young teens, from enduring the same hellish experience that she claims to have dealt with for years while she was with Kelly. 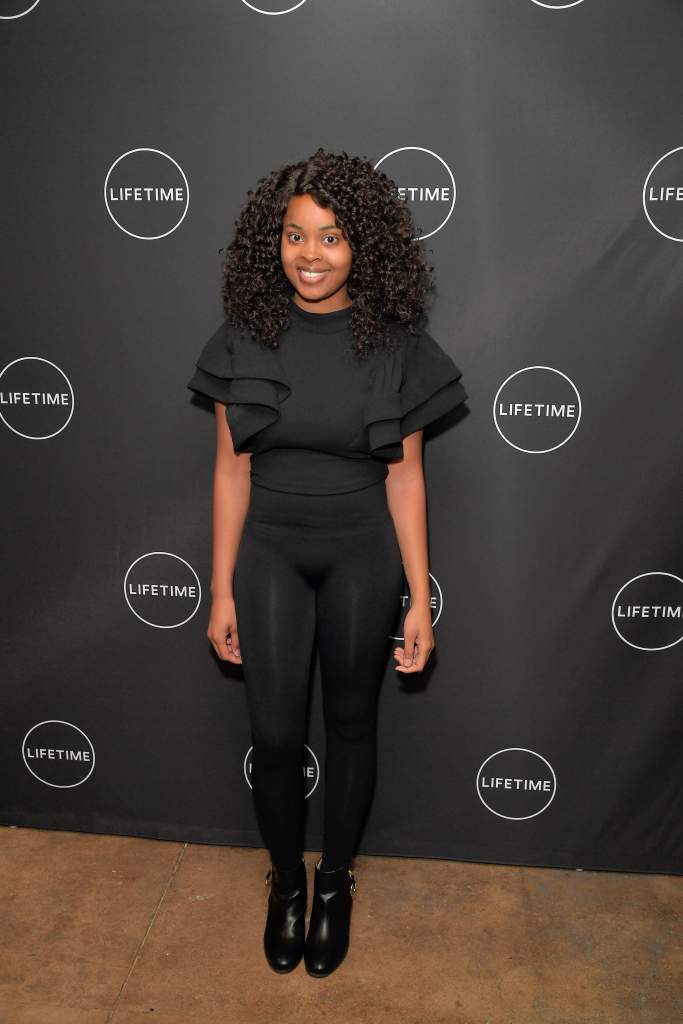 “If I can speak out and I can help them get out of that situation, that’s what I will do,” Pace told BuzzFeed News. “I didn’t have anybody to speak up on my behalf when I was going through what I was going through with him. He’s brainwashed them really bad, and it kind of reminds me of Charles Manson.”

She continued: “I know speaking out against Kelly, Kelly could sue me. But I’m really not worried about it anymore,” Pace says. “I feel like this is a healing process for me, because I’ve been holding this in for so many years, and to see that he always gets away with it, it’s just not right. I’m just going forward with my head held high.”