Getty Patricia Arquette has a sweet, slightly crooked smile, and for some reason, fans can't stop obsessing about her teeth. Does the actress care? Absolutely not.

Patricia Arquette has plenty to smile about – a successful, Oscar-winning actress with a beautiful family, who is active with many charities – although people have a lot to say about her smile.

Arquette has a unique smile for a successful actress, with a few, slightly-crooked teeth that have left many of her fans wondering why she never chose to have her teeth fixed. Despite having the money to fix this tiny flaw, she opened up a few years back and explained why she declined to get braces when she was a child.

“It didn’t feel like it would fit who I was inside,” she told People during an interview in 2015. She even told a boy in her ninth-grade class something similar, and although he voted her “best looking” in their class, he said she should consider getting them fixed so she could “pose for Playboy.” 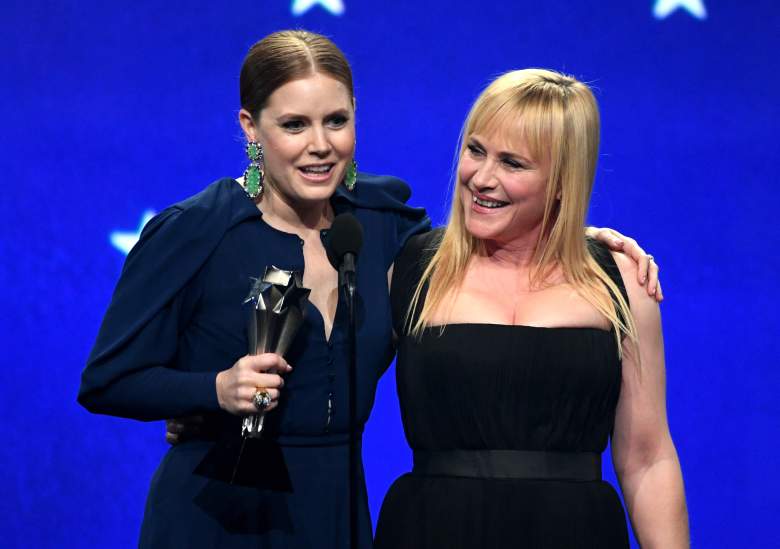 GettySANTA MONICA, CA – JANUARY 13: Amy Adams (L) and Patricia Arquette, co-winners of the Best Actress in a Limited Series or Movie Made for Television award — Ms. Adams for ‘Sharp Objects’ and Ms. Arquette for ‘Escape at Dannemora’ — accept their awards onstage during the 24th annual Critics’ Choice Awards at Barker Hangar on January 13, 2019 in Santa Monica, California. (Photo by Kevin Winter/Getty Images for The Critics’ Choice Awards)

“I said, ‘Why would I want to be in Playboy?'” she recalled. “I just didn’t want to look perfect. I didn’t want to have to change myself to be attractive. I didn’t think that was my responsibility.”

Arquette also noted that conversations about looks are most often centered on women’s appearances, and rarely focus on men. She says that she embraces her “flaws,” and wants to be free of the stigma that women have to look a certain way to be equal to men.

The two are best friends. Paquin told Red, “If you’re going to spend the rest of your life with someone, you want it to be the person you want to hang out with all the time. We have a lot in common but, when it comes down to it, if that person isn’t really your buddy as well, for me, I don’t think that would work.” (Getty)

Arquette isn’t the only actress who is consistently plagued by fans questioning her teeth. True Blood star Anna Paquin has been on the receiving end of similar treatment, due to a small gap between the actress’ front teeth, although she says her teeth are the furthest thing from her mind these days.

“Interestingly enough, I don’t really care about my teeth,” she said, “but I think any woman on this planet could say, ‘I wish my ass was smaller, my arms were thinner and I had green eyes not brown.’ I think anyone is as critical as they have the energy to self-obsess, but I also know as an actress you are more limited if you interfere with your looks.”

However, Paquin also has no intention of changing her natural smile and says she finds it incredibly rude when someone asks her why she never “fixed” the gap in her teeth.

Actors such as Tom Cruise and Steve Buscemi also embrace their adoringly-crooked teeth, with Cruise jokingly considering his front-and-center tooth the “Monotooth,” and Buscemi telling The Hollywood Reporter “I’ve had dentists who have wanted to help me out, but I say, ‘You know, I won’t work again if you fix my teeth.'”