Getty Ricky Williams, a former professional football running back for the National Football League, will be featured on the second season of Celebrity Big Brother.

Ricky Williams, a former professional football running back for the National Football League, will be featured on the second season of Celebrity Big Brother. Williams is one of the few contestants that doesn’t have a background in reality television.

Fans of college football and the NFL will recognize Williams easily. He was a star running back at the University of Texas, and a first-round draft pick of the New Orleans Saints in 1999, before he was traded to the Miami Dolphins in 2002.

Here’s what we know about Williams:

1. Williams Was Banned From The NFL For 1 Year For Violating The Substance Abuse Policy

According to his stats on the NFL website, Williams started out playing for the New Orleans Saints in 1999, and remained on the team until 2001. In 2002, he was traded to the Miami Dolphins, where he played until 2006. In April 2006, the NFL banned Williams from the organization for one year for “violating the substance abuse policy,” ESPN reports.

“I’m disappointed with the decision but I respect it,” Ricky said in a statement following his suspension, as per ESPN. “I’m proud of my association with the National Football League and look forward to returning to the Dolphins in 2007.” 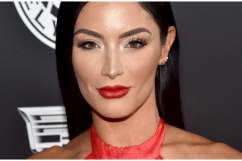 2. He Will Compete With Several Other Celebrities For The $250,000 Thousand Grand Prize

Ricky is under lock and key w/ @cbs_bigbrother ! His wife @linneamiron will be posting updates while he is off social media. You know who his future roommates are but he doesn’t yet! #winrickywin #teamricky #bbceleb #teamrw pic.twitter.com/P1vSgaU9Ji

CBS announced the cast on Sunday, January 13, just as the Saints were preparing to play the Eagles in a divisional playoff game. A subsequent message posted to Williams’ Twitter account indicated he’d already agreed to star on the show, in which contestants live in a custom-built house where they are placed under constant video surveillance and have no contact with the outside world. Each week, one contestant is “evicted” and thus excluded from winning the show’s $250,000 prize.

“Ricky is under lock and key w/ @cbs_bigbrother!,” the Twitter message read. “His wife @linneamiron will be posting updates while he is off social media. You know who his future roommates are but he doesn’t yet!”

3. He Has Become an Outspoken Cannabis Advocate & Spreads Awareness of the Benefits of Medical Marijuana

Our Optimized Tonic is comprised of 6 herbs known for their various abilities to stimulate blood flow, soothe spasms, and nourish tendons.

Williams was already a cannabis advocate when he played football, and he missed the entire 2006 NFL season because of his violation of the drug plicy. When he retired, Williams joined the ranks of sports stars pushing for medical marijuana in professional leagues.

According to Sports Illustrated, Williams has experienced firsthand how much marijuana can help players recover from the prolonged beatings they take on the field. Williams has also partnered with Weedmaps, a tech company whose app helps users locate medical dispensaries. 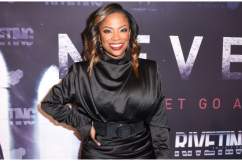 4. He is Looking Forward to Not Smoking Weed While He Stars on Celebrity Big Brother

Williams told Entertainment Weekly that one of the biggest misconceptions surrounding the former NFL player is that he sits around all day smoking weed, and he says he is looking forward to dispelling that myth on the show.

“I think a big misconception towards the latter half of my career is that I am a pothead,” Williams told EW. “In the house there won’t be any pot, and so it will be a chance to show people who I really am outside of the rumors.”

Williams feels confident that he can make it through the season of CBB to bring home that $250,000 grand prize. “I’m an authentic, genuine person that people typically like,” Williams told EW, “and I think I’m going to be a difficult person to evict.”

Read More
5 Fast Facts, Reality TV
Ricky Williams, a former professional football running back for the National Football League, will be featured on the second season of Celebrity Big Brother.