The Masked Singer will debut tonight on FOX at 8 p.m. ET. The reality series is a singing competition unlike another other, in that celebrities will face off against one another while shrouded from head to toe in an elaborate costume. Their identity will be concealed, so that the winner be will be judged solely on their performance.

In preparation for the premiere, we’ve assembled all the information you need on the host and the star-studded panel of judges, which includes actors, singers, and comedians.

The musical guessing game that will have you on the edge of your seat. @maskedsingerfox premieres January 2 at 9/8c on @foxtv . #TheMaskedSinger

Nick Cannon will serve as the host of The Masked Singer. Cannon is no stranger to hosting duties, as he spearheaded the hit series America’s Got Talent from 2009 to 2016. In addition to these titles, Cannon is currently the host of TeenNick Top 10 and the star of the sketch comedy series Nick Cannon’s Wild ‘N Out.

During an interview with NBC All Access, Cannon, 38, spoke on what makes The Masked Singer different from other singing competitions. “It’s so out there, anything can literally happen,” he said. He also teased a potential appearance from his ex-wife, Mariah Carey.

You can always count on @nicolescherzinger to keep it real. ? Join her and #TheMaskedSinger panel on Wednesday at 9/8c on @foxtv.

Nicole Scherzinger is best known as the lead singer of the defunct Pussycat Dolls, who is one of the best-selling girl groups of all time. She also has a solo career, releasing her debut album Killer Love in 2011 along with the hit single “Don’t Hold Your Breath.”

Since then, Scherzinger, 40, has successfully ventured into television. She won the tenth season of Dancing with the Stars and went on to become a judge for NBC’s The Sing-Off and both US and UK versions of The X Factor.

The celebrity singing game show you'll adore airs in FOUR DAYS! Join @robinthicke during the premiere this Wednesday at 9/8c on @foxtv. #TheMaskedSinger

Robin Thicke is a singer and songwriter best known for his smash 2013 single “Blurred Lines.” Other hits that Thicke has released include “Lost Without U”, “Sex Therapy”, and “Give It 2 U” featuring Kendrick Lamar. Beyond his solo career, Thicke, 41, has written songs for other popular musicians like Jennifer Hudson, Marc Anthony, Brian McKnight and Usher.

The Masked Singer will be Thicke’s first venture into singing competitions, and his first high-profile gig since divorcing his wife Paula Patton in 2015. He is currently engaged to April Love Geary and expecting their first child together.

We're getting ready for ya! ? Join @jennymccarthy and the rest of the panelists for the premiere of #TheMaskedSinger in TWO WEEKS on January 2 at 9/8c.

Jenny McCarthy is an actress and model. She first gained attention as a Playboy centerfold in the 1990s, before parlaying her fame into a hosting gig on the MTV series Singled Out. Since then, McCarthy, 46, has appeared on a number of shows including Love In the Wild, The Jenny McCarthy Show, and The View.

Since 2010, McCarthy has been a correspondent on Dick Clark’s New Year’s Rockin’ Eve, where she is often accompanied by her husband Donnie Wahlberg. During an interview with Talent Recap, McCarthy teased that Wahlberg, a former member of New Kids on the Block, might appear on The Masked Singer.

Ken Jeong is an actor best known for his role as Mr. Chow in The Hangover trilogy. Some of Jeong’s other notable films include Knocked Up, Role Models, and most recently, Crazy Rich Asians. He was also the creator and star of the short-lived ABC sitcom Dr. Ken, where he was able to draw upon his own background as a physician.

Like Thicke, The Masked Singer will be Jeong’s first foray into singing competitions. “Brace yourself,” he wrote on Twitter. “I had so much doing this show. A lot of heartfelt surprises and good fun in store! Watch us guess the celebs behind the masks…” 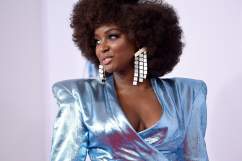