Instagram Ahmir Steward and Jazz Jennings on a date.

Ahmir Steward, Jazz Jennings’ newest love interest on TLC’s I Am Jazz, is 19-years-old and, according to Radar, the two met on the internet. “Jazz met him online and they’re still together,” a source told Radar.

Steward hails from Philadelphia, and is spending some time in Florida with Jazz, although the two are currently doing the long-distance relationship. Jazz has divulged to friends on the show that she has kissed Steward “a lot,” and that she is quite smitten with him.

Note to self: Don't get the wine cheese at the Melting Pot. Jazz lied. It sucks. ?

According to his Instagram bio, he plans to change the world by being an advocate of LGBTQ and mental health. He also made it clear in his bio that he hates homophobia, referencing a quote: “It’s not a phobia. You’re not scared. You’re an asshole.”

Friends and fans of Jazz seem to primarily approve of Ahmir, although many have been cautioning Jazz to take it slow with Steward for the time-being. Here’s what we know about Steward:

1. He Graduated High School But Currently Has No Job or Plans to Enroll in College, According to Jazz

.@JazzJennings__ is head over heels for a new boy in her life, but will the family approve when he comes to visit? A new #IAmJazz starts TONIGHT at 9/8c! pic.twitter.com/q23czMx6ZE

When Jazz dropped the ball to her parents, Greg and Jeannette Jennings, that her new beau was flying to Florida to spend some time with Jazz, her parents cautioned Jazz on taking it slow with Steward and question whether or not she is ready for the relationship.

Greg Jennings drills his daughter with questions to find out more about her new flame, finding out that Steward is 19-years-old, lives in Philadelphia and graduated high school, but isn’t currently working or going to college.

Her father seems somewhat concerned about Steward, telling the cameras: “Admittedly, I’m not sure where the commonality is and what’s making this click so positively for Jazz. But ultimately, we can’t stop him from coming to Florida.”

Steward is flying to Florida from Philly, where he currently lives, to visit Jazz. However, Steward’s dad lives in Fort Lauderdale, as Jazz revealed on the show this week, so he has some ties to the state, and a place to stay while he visits Jazz. 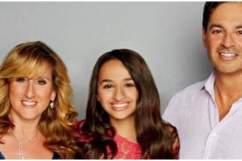 2. Jazz is Quite Smitten With Steward & Says They Have The “Ultimate Connection”

.@JazzJennings__ is moving quickly with her new boy, but can their relationship withstand a meet with the parents and a huge scare?

Jazz is apparently pretty crazy about Steward. She spoken with her parents at length about Steward, her feelings about him, and how she has “needs” that she hopes Steward can fulfill.

When asked about Steward, Jazz said, “I feel like I’ve been ready to fall in love for so long,” the 18-year-old gushed, according to Your Tango. “It’s like the ultimate connection.” She continued: “Amir just gets me and I get him.”

However, her parents have their reservations about Steward. “Jazz is really into this guy — I’ve never seen her actually like a boy,” Jeanette, Jennings mother, admits. “And I know she’s feeling better about herself — she feels whole now and I think that’s what made it so easy for her to accept somebody into her life. But this is different than [our] other three kids because number one, she’s transgender. Number two, she just had the surgery and number three, [he’s] a stranger. So you know, as parents, you just are protective of that. Any parent would be. Plus, she’s never had a boyfriend in a sexual way so this is new territory for us.”

3. Her Friends, Family & Fans Have Been Urging Jazz to Take is Slowly With Steward

Catch a new episode of #IAmJazz tonight at 9 PM on @tlc to meet someone who holds a very special place in my heart❤️ Thank you @ahmirsteward for going on this incredible journey with me; you are one of the kindest, most creative, and brilliant people I've ever met! I hope you all like him as much I do!!?

Jazz has been cautioned by both friends and fans alike to take things slow with her new boyfriend. Jazz recently took to Twitter to ask her fans what they thought about Steward, and many followed in her parent’s footsteps and warned her to slow things down.

Just like her parents, fans responded to Jazz’s inquiry about Ahmir with some concern, mainly for the fact that he has no job and isn’t currently enrolled in college. Although she says she is trying to motivate him to go back to school, fans have still cautioned her about moving too fast and falling too quickly for the young man.

Others felt that he wasn’t trying to rush her into anything, which they believe shows a level of maturity from the 19-year-old. Some also said that as long as Jazz is happy, it’s none of anybody’s business either way. And Jazz does seem pretty happy; the above Instagram photo shows the two with their arms around each other, with Jazz smiling at the camera and Ahmir smiling at her.

“Thank you @ahmirsteward for going on this incredible journey with me; you are one of the kindest, most creative, and brilliant people I’ve ever met! I hope you all like him as much I do!!” she wrote on Instagram. 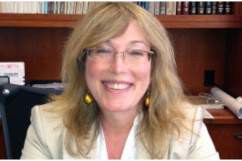 Who Is Dr. Bowers on ‘I Am Jazz’: Jazz Jennings’ Doctor

4. Steward Has Received Encouragement & Support From Fans Since Appearing on I Am Jazz

A smile looks good on me! You know? Makes me look more approachable. YOU guys make me smile ?

There is little known about Steward at this time; however, he writes in his Instagram bio that he is a blogger and a student. He also said in his Instagram stories that he recently started at the University of Southern California, so Jazz may have finally convinced him to enroll in school.

He quickly rose to Instagram fame after appearing I Am Jazz, and mentioned in his Instagram stories that he was incredibly nervous and “panicking” about the episode airing. However, he also wasn’t expecting the wave of positive response and has been flooded with many encouraging messages since the episode aired.

Steward also said that he wasn’t expecting his account to “blow-up” and was unable to respond to everyone as he was in the middle of class. Nonetheless, he said that being on the show was a “terrifying, exciting, and surprising learning experience.”

5. He is Not Transgender, Although He is a Major Supporter of LGBTQ Rights & Feminism

something tells me 2019 is gonna be AMAZING. I had so many experiences in 2018 and it was only to prepare me for this year. This season ? but i’d also like to take this time to ask all of my followers that are against LGBTQ ?️‍? or Feminism to kindly do me a favor and click that unfollow button? Let’s spread love and positivity this year ? thanks lol

After news of his and Jazz’s relationship spread and his Instagram account blew up, many fans were curious whether or not Steward was also transgender. Although Steward doesn’t have many of pictures on his Instagram, a recent throwback pic of him as a baby helped confirm whether the 19-year-old is part of the trans community. “Nope,” he replied to a commenter, who asked if he is trans.

However, he’s been very vocal about his support for the LGBTQ agenda and feminism. In the above post, he asked those of his followers who are against LGBTQ rights and feminism to “click that unfollow button.”

“I’d … like to take this time to ask all of my followers that are against Feminism to kindly do me a favor and click that unfollow button,” he said in a January post. “Let’s spread love and positivity this year.”

What do you think of Jazz’s new boyfriend? Do you think she is rushing into things with Steward, or do you think he is a good match for her? Let us know in the comments below, and tune in to I Am Jazz, which airs Tuesday nights at 9/8c on TLC.

READ NEXT: Jazz Jennings’ Friends Are Concerned About Boyfriend Ahmir