Alicia Keys is adding the chance to host the 2019 Grammys to her list of accomplishments, including a long list of impressive collaborations with other famous artists, dozens of Grammy awards and the millions of copies of her albums she has sold over the course of her career.

Keys has two children with husband Swizz Beatz – Egypt Daoud Dean and Genesis Ali Dean. Keys also has a healthy relationship with Beatz’ ex-wife Mashonda Tifrere, so the family can co-parent Tifrere and Beatz’ son Kasseem Jr., who is 11.

Here’s what you need to know about Keys’ family:

1. Keys & Beatz Met in the 90s, Although Keys Was Not Interested in Beatz & Thought He Was “Annoying”

Wishing you and your family all the love, warmth and togetherness possible. The best gift of all is love and we are sending ours to you !!! ??????✨✨✨????????? #WithLoveFromTheDeans pic.twitter.com/WKCBoFyubI

Keys and Swizz Beatz (née Kasseem Dean) met when they were teenagers in the ’90s, just as she was kick-starting her illustrious career. While the two are crazy about each other now, Keys told Marie Claire U.K. that at the time, she couldn’t have been less interested.

“Honestly, I didn’t really like him that much,” she told the magazine in 2013. “I thought he was too ostentatious. Swizz will have the fastest car, the biggest jewelry, the loudest jacket. Everything with his is really over the top. I used to see him and think, ‘He is so annoying.'”

However, Beatz eventually grew on Keys, and the two started dating in 2008. They officially announced their engagement in May 2010 and married just two months later. 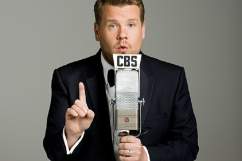 James Corden Net Worth: 5 Fast Facts You Need to Know

Keys recently opened up to ABC News about her “beautiful, blended family,” and how she and Beatz happily co-parent with Beatz’ ex-wife Mashonda Tifrere to raise Tifrere and Beatz’ son Kasseem.

“We love each other. I mean, we hang out with each other. We go to dinner together,” Keys told ABC News’ Michael Strahan. “We’re doing Thanksgiving, we’re doing the holidays.”

“It is a beautiful partnership,” she added. “And that is really, really special. I’m very, very proud of that.”

Although the family works well together now, it wasn’t always that way. Keys and Tifrere had a rocky relationship at the beginning, as Beatz and his ex-wife did not get along for quite some time following a painful divorce. They decided to work together after realizing their son was starting to act out because of their issues, and have worked tirelessly to raise Kasseem in the big, blended family they have today.

3. Keys, Beatz & Tifrere Worked Together to Write a Book Highlighting Their Journey as a Blended Family

In her new book “Blend,” Tifrere chronicles what she has learned during the difficult but beautiful journey of blending her family and co-parenting. Keys wrote the foreword, and Swizz wrote a chapter of the book, according to ABC News.

Beatz told ABC News how proud he is of his ex-wife’s decision to write the book. “There was a lot of misunderstandings in the beginning … with our communication,” Beatz told ABC. “When she came with the idea, it was like, ‘Wow.'”

Tifrere added that a lot of people “see us here now, loving each other, co-existing and getting along, but there’s a whole middle that they didn’t see.”

Our family is a beautiful example that families can blend and coexist in LOVE!! @theblendbook by @MashondaLoyal shares the blueprint of how it works!! Congratulations to us @MashondaLoyal & @THEREALSWIZZZ! Everybody read it and love it!! ???? https://t.co/HuoimgUBky pic.twitter.com/yrz8RNszj1

“And that’s where we all put the work in,” she told ABC. “We worked on ourselves individually. We worked on our relationship. We healed. We healed our children. We gave them an opportunity to see us growing. And that’s the real blend.”

Beatz believes that if couples take the time to read Tifrere’s book, it could help “a whole lot of families” and “people in a similar situation,” ABC reports. 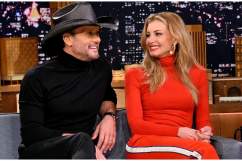 Sands of time…..⏳⏳⏳ I just want them to know how powerful they are… How incredible our ancestors were… The first astrophysicists, scientists, physicians, mathematicians, architects, creators of so much of the world as we know it. It’s such a blessing to know what cloth you’re cut from! #uncovering #ancient #kemet #imhotep

Keys has two children with Beatz at this time – a son named Egypt Daoud Dean, who was born in October 2010, and her youngest son, Genesis Ali Dean, was born December 2014.

She also has three stepchildren, from relationships Beatz had before the two were together, including Prince Nasir Dean (born October 2000), Kasseem Dean Jr. (born 2006), and Nicole Dean (born 2008), according to CheatSheet.

According to Keys, motherhood is incredibly important to her, but says it’s also challenging to “find balance” between motherhood and her professional life. The singer told People that “the biggest challenge recently is how to balance all the travel. It’s a lot of time away, and I want to make sure they have consistency and are not being dragged from here to there all the time.”

5. Her Mother Provided Endless Support & Inspiration Throughout Her Career

Family ??? hope you are with someone u love right now Sunday #vibes pic.twitter.com/z4u7aBGShq

Keys was born to Teresa (Augello), a paralegal who was also an occasional actress, and Craig Cook, a flight attendant, according to Heightline. Her father is African-American, and her mother is Caucasian, and of Italian and English/Irish/Scottish ancestry. Keys has always embraced her multiracial heritage, saying it helps her “relate to different cultures,” Heightline reports.

She credits her mother for inspiring and supporting her through her career. Keys says her mother supported her passion by enrolling her in music and dance classes, helping her study classical piano, and enrolling her in the Professional Performing Arts School whens he was 12, according to Heightline.