Getty Faith Hill has been married to husband and fellow country singer Tim McGraw since 1996, and the couple share three daughters together: Gracie, Maggie and Audrey.

Faith Hill has been married to husband and fellow country singer Tim McGraw since 1996, and the two have been going strong since. The country couple has three daughters – Maggie, Gracie and Audrey.

Hill and McGraw have featured together on plenty of beautiful duets throughout their time together, including “Let’s Make Love” and “Like We Never Loved At All.”
They are very vocal about their family and home life, often sharing stories during interviews or on social media about life with three daughters.

Here’s what you need to know about Hill’s husband and children:

1. She Met McGraw in 1994 When The Two Were Both New to The Country Music Scene

Happy Birthday to my one and only❤️❤️❤️. You give good smooch face???. I love you!

Hill and her now-husband McGraw met in 1994 at the annual Country Radio Seminar in Nashville, according to This Insider. They were both new to the country music scene, and performed in the “New Faces” tent show during the seminar. Although they met and got along at the concert, Hill was just finalizing a divorce to former husband Daniel Hill, and McGraw was in a relationship with Kristine Donahue, so the two claim nothing more than a friendly chat occurred.

They reconnected in 1996 when Hill opened for McGraw during his “Spontaneous Combustion Tour,” and sparks apparently flew between the two. McGraw was newly single after breaking off his engagement to Donahue, and although Hill was engaged to record producer Scott Hicks at the time, she admits that there was chemistry between herself and McGraw and broke off the engagement as well.

“If someone is going to judge my character because I was engaged to somebody and then I left him for somebody else — ‘Oh, okay, now she’s a slut and a bad person’ — I can’t control that. But I wasn’t about to let Tim slip through my hands,” she told People. 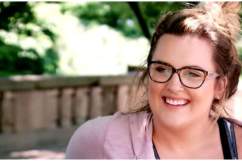 2. McGraw Proposed to Hill Later That Same Year & She Wrote Him a Sweet Note on His Dressing Room Mirror Accepting His Proposal

McGraw proposed to Hill later that year in-between a concert he and Hill were performing in Colorado. According to BRIDES, McGraw was joking about marriage with Hill when he dropped to his knee and asked her to marry him.

“We were in the dressing room, here, June 26, 1996, and it was raining and stuff and we’d been on tour for a while together, and I joked around with her about getting married. And so I said … I looked at her, grabbed her by the hand, and dropped forward [on my knees] onstage. She had already done her show. And I said, ‘I’m really serious. I want you to marry me.'” The songstress laughed in response. “She said, ‘We’re at a country music festival in a trailer house, and you’re asking me to marry you? And I said, ‘Yeah.'”

During his performance, Hill gave him an answer to his question. “I had in my dressing room… this foldout case that had a mirror in it that was my dressing armoire,” McGraw said. “I still have it to this day. When I came back offstage, [I saw] a Sharpie with lipstick kisses all over it, saying, ‘Yes! I’m gonna be your wife.’ It had, ‘I love you’ with big lipstick kisses. And this is the place right here.”

3. They Had a Surprise Wedding in October & Hill Was Already Three Months Pregnant With Their First Daughter

Hill and McGraw didn’t wait long after they met to tie the knot. According to BRIDES, the couple invited their guests to a softball game and concert in McGraw’s hometown of Rayville, Louisiana and surprised them by getting married instead.

Wearing a simple white wedding dress, Hill—who was three months pregnant at the time—went barefoot to say her “I do’s.” The groom wore jeans topped with a black coat, and the couple stood under an oak tree with a minister to say their vows.

Their first daughter Gracie was born in May the following year, the same month that they released their first song together, “It’s Your Love,” which was the first single to drop from McGraw’s album, “Everywhere.” It was the first duet in a long-line of sweet songs the couple released together following their next two decades of marriage. 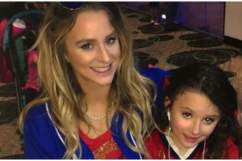 Ali Messer’s Illness/Disease on Teen Mom 2: What You Need to Know

4. They Share Three Daughters & McGraw Gushes That They Are All “So Individual” & Unique

I’m so happy to be mom to my 3 amazing girls. I am so thankful for my mom who taught me the most important things in life and how to set my priorities. #MothersDay

The couple have had three daughters since they first got together: Gracie Katherine McGraw, Maggie Elizabeth McGraw, and Audrey Caroline McGraw.

“Anybody who has more than one kid knows they’re so different,” Tim said of Gracie, Maggie, and Audrey in an interview with Country Countdown USA. “They’re so individual. But they’re all real close, and all real supportive of each other. They miss each other when they’re not around, but they also want their sisters to experience life.”

Hill and McGraw kept their daughters out of the spotlight as often as possible while they were growing up, but often shares photos of the girls now, including throwbacks from when they were children and pictures of them all as adult young ladies.

Gracie is currently attending college at New York University, while Maggie is off to Stanford Univeristy in California.

5. Although Hill & McGraw Are Incredibly Proud of Their Daughters, Hill Has Had a Hard Time Letting Them Go While They Move on to College

Happy birthday to my car pool karaoke partner. 20 years today!!!!!! You are truly one of a kind. I love you so much. Your dad, sisters and I are so proud of you in every way imaginable. Happy Birthday my angel. Mom

While the two celebrated their daughters’ birthdays last year, McGraw reportedly told Taste of Country Nights‘ Sam Alex that Hill was having a hard time dealing with all the girls growing up and leaving home.

Gracie, the couple’s eldest, turned 21 last year, and Maggie turned 20. While Audrey is still in high school, Hill still has one kid at home, but the older girls are heading off to college and Hill has apparently been struggling with her daughters leaving.

“Audrey is starting her junior year, so we just have a little more time with her and our other daughters are out conquering the world right now,” McGraw told Alex. “It’s toughest on mom, because she is the one … they always want mom to do stuff for them. Sometimes she just misses them and doing things for them everyday and doing things moms do,” he admits. “I think it’s really tough on her sometimes.”

He continued: “They had had such a great role model in their mother to model themselves after to go out and face the world as a woman because of who was involved in raising them,” says the superstar, who just released a new single “Neon Church” and is currently working on a new album. “They’ve gotten some good tools.”

READ NEXT: Who Are The Contestants on ‘The World’s Best’ TV Show?