Hannah Godwin is one of the remaining four contestants on this season of The Bachelor trying to win the heart of Colton Underwood, a former NFL football player and this season’s bachelor.

A self-described Southern belle, Hannah G. loves the cameras – both behind, and in front of them. As a photographer and a model, she isn’t shy about having all eyes on her, and with a successful social media business, she has plenty to look forward to after the show. She hates sea food, loves “glamping,” and considers herself a foodie.

Here’s what we know about Hannah Godwin:

Guess what’s in the box (funniest answer wins) / find out TONIGHT on @abcnetwork ???

Underwood pulled Godwin aside to give her the very first rose of the 23rd season, telling her she reminded him “a lot of home.” He said he was nervous, and could tell she was too, but was impressed with how she “owned her nervousness,” and said loved her energy.

He continued, “And while you were nervous, I was too. Still am, a little bit… you sort of owned the nervousness, you owned your imperfections and it was so nice and so refreshing to see and to hear. It’s just so easy and so much fun and it’s so enjoyable to be around you. Your energy instantly lifts me up.”

Godwin responded with, “This means seriously the world to me. This validates everything,” before they shared a passionate kiss. 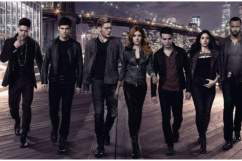 2. She is a Photographer, Model & a Professional ‘Influencer’

Godwin describes her job with a series of fun facts about herself on her website. She mentions that she originally went to school to be a photographer and came out with a Business Marketing degree, and that she started modeling in 2013. “I consider myself to be Hannah,” she writes on her site. She is someone “who happens to like the creative aspect of social media [and] modeling in general!”

She modeled on the side and then combined all of her talents into one job as an “influencer.” She already had tens of thousands of followers on her Instagram account before the show started, and that number skyrocketed following the premiere of The Bachelor this season.

3. She Competed Against Another Hannah For The Title of ‘Miss Alabama,’ Who Also Competed on The Bachelor

So did getting 3RD runner up at the Miss Alabama USA pageant this weekend actually happen? Getting the chance to participate in such a fun production was definitely worth getting out of my comfort zone!

According to Cosmopolitan, Godwin competed against (and lost to) another Hannah for the title of Miss Alabama several years ago. Hannah B., the young lady Godwin lost the title to, was one of the contestants on The Bachelor vying for Underwood’s heart.

Godwin has competed in a few pageants in her day. Godwin won Miss Oak Mountain — which is the name of a state park nearby Pelham, Alabama, Bustle reports. From there, she competed in three Miss Alabama USA pageants. She placed third runner-up (fourth place) in the 2015 and 2016 competitions. She may not have won, but she was thrilled to be a part of the competitions, writing on Instagram that she felt honored to be part of such a “fun production.” 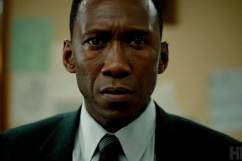 4. She Began Her Modeling Career With Soca Clothing & Show Me Your Mumu – Two of Her Favorite Brands

so I’ve been into good quotes lately for some reason, what’s ur fave quote? // ☁️ top from @showpo #showpoambassador

In a blog post from last August, Godwin opened up about her journey with modeling, admitting that she never expected to get into modeling because she had braces through 10th grade. She eventually tried out for Birmingham Fashion Week, which led to her current career and social media influence. She added, “But really, any of my peers from High School are probably as shocked as I am that I do modeling now.”

She mentioned that, following her experience with Birmingham Fashion Week, she was booked by two of her favorite brands: Soca Clothing and Show Me Your Mumu. “There, started my modeling relationship with two of my favorite brands: Soca Clothing & Show Me Your Mumu. Soca, a boutique in my town ended up being one of my first shoots ever, and I ended up getting practice with them almost WEEKLY for years! Show Me Your Mumu booked me for a shoot a few years later and I really credit all of my modeling, inspiration, connections, practice, and more to these two companies.”

5. She is NOT Chosen By Colton Underwood on The Bachelor

pic or it didn’t happen… and uhhh, it happened. ?? tune in to watch #thebachelor starting Jan 7th!!

Despite the fact that Godwin makes it all the way to the end of the show and snagged an overnight date with Underwood, Reality Steve broke the news that she is not the woman Underwood chooses in the end.

According to Reality Steve, Underwood has an overnight date with Tayshia Adams, another finalist, followed by an overnight with Cassie Rudolph. His date with Rudolph apparently makes Underwood realize he is head-over-heels for the young woman, who leaves the show and heads back home because she didn’t feel she was ready to be engaged. Underwood decides to break things off with Godwin and Adams, leaves the show, and follows Rudolph back to the states to try to work things out with her.

So, unfortunately for the sweet, Alabama Southern Belle, Godwin does not find her one true love on the show, although with her talent, personality and sweet disposition, it shouldn’t be too hard for her to find “the one.”

Tune in to ABC on Monday nights, at 8/7c to watch the rest of the season of The Bachelor 2019.

READ NEXT: Are Scott and Lizzie Still Together on Love After Lockup?

Read More
Reality TV, The Bachelor
Hannah Godwin is one of the remaining contestants on this season of The Bachelor, and is trying to win the heart of Colton Underwood. Here's what we know about Godwin.