Instagram Josie and Kelton Balka are expecting their first child.

Josie and Kelton Balka, who both star on Bringing Up Bates, announced Wednesday that they are expecting their first child. The couple wed in October and didn’t spare any time in starting a family.

“We can hardly believe it, but Kelton and I are excited to announce that we are having a baby!” Josie told InTouch. “We are already so in love with our little one and so very thankful to God for His blessing on our life as we start our little family.”

Here’s what you need to know about Josie and Kelton:

1. The Two Were Close Friends For Years Before They Started Dating

The couple knew each other for some time before they started dating, according to Knox News.

“Kelton and Josie started out as friends, and they were really good friends, but they became more serious, and so Gil had asked Josie how she felt about just kind of putting the brakes on to that whole relationship until she got a little bit older,” Kelly Jo said. “It was a hard time, and their relationship is a little different from the other children just because they had kind of started liking each other and had this break in between and then waited for each other, so it’s kind of a really sweet story of this childhood romance.”

Gil, Josie’s dad, couldn’t be happier to see his daughter with Kelton. “I’m pleased with they way they’ve carried themselves, and it’s easier as a dad when you’ve got a little girl, you think, ‘Man, I can never find anybody I can give her to,’ and when you see God bring such quality, godly people along, it’s easier to say, ‘I can see God in this.’ So I guess I’m getting soft in my old age,” Gil said. 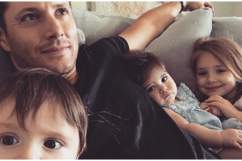 2. They Began Courting in April, 2018 After Asking Permission From Gil & Kelly Jo

Happy Birthday to my sweet Fiancé ? Thank you for being my best friend, my biggest supporter, my confidant, and my everything ❤️ I can’t wait to marry you ??

The two were allowed to start courting during an April, 2018 episode of Bringing Up Bates. Josie and Kelton had already been dating for a while, so the couple asked Gil and Kelly Jo Bates (Josie’s parents) if they could court while the family was in Honea Path, South Carolina, for Thanksgiving.

“We didn’t really even want to bring this up until after the wedding,” Kelton said. “I know everything’s crazy busy with the wedding and planning for that. We don’t want to take anything away from Bobby and Tori, but we do feel like we’re growing closer to each other, and we definitely feel like God’s leading us toward the courtship.”

Kelton asked if he and Josie could begin courting at the start of 2018, and Gil and Kelly Jo gave them their blessing. In the Season 7 finale of Bringing Up Bates on UPtv, viewers watched Kelton Balka surprise Josie Bates with a romantic proposal in Utah.

3. Kelton Teared Up When His Wife Walked Down The Aisle

Kelton Balka could not mask his emotions as he watched his wife walk down the aisle on their wedding day, according to Us Weekly.

“The crowd rises and I look down and see Josie, more beautiful than I’ve ever seen her in my entire life,” Balka, 23, told Us Weekly. “When I saw her walking towards me, I was a mess. I was absolutely bawling my eyes out. I don’t know if I’ve ever cried that hard in my life.”

The 19-year-old bride was flattered to see how emotional her husband was, and to know he loves her so much.“To have a guy look at you like that and love you so much that they can’t hold off their tears because they’re so excited to marry you, it was the sweetest moment.” 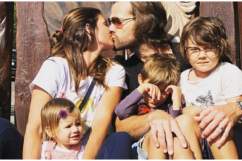 4. They Were Married Last October at Cove Lake State Park in Tennessee

10 • 05 • 2018 Thank you all for the kind comments of encouragement and congratulations to us! We are So thankful for the love and support shown us by our friends and family ? Most of all we are thankful for God’s goodness in leading us to each other and being so faithful to us on this exciting journey! We feel so incredibly blessed ❤️ • • Also @sarahmoserphoto is amazing! ??

On Friday, October 5, 2018, the young couple were married at Cove Lake State Park in Tennessee with the beautiful Smoky Mountains poking up in the background.

“The afternoon sun periodically peeked out from behind a cloud during the wedding, but the one thing that shone through the entire time was the couple’s love for each other,” UPtv reports.

Her husband shared pics of their nuptials on his Instagram page, writing, “I never could have dreamed the love story that God would write for us, or the merging paths He would lead us on. I can truly say there was no better feeling than being with the love of my life, surrounded by loving family and friends, who worked tirelessly to bring everything together, there for the sole purpose of cheering us on as we started our life together.”

I never could have dreamed the love story that God would write for us, or the merging paths He would lead us on. I can truly say there was no better feeling than being with the love of my life, surrounded by loving family and friends, who worked tirelessly to bring everything together, there for the sole purpose of cheering us on as we started our life together. All I can say is I'm thankful. Thankful and undeserving of the opportunities and blessing that God has put in my life through the lives of those around me. And now I'm thankful for the biggest blessing of all, my wife and soul mate, Josie Kellyn Balka ❤❤❤

5. The Newlyweds Announced That They Were Expecting on February 13 on Instagram

So excited to share with y’all that We’re having a baby!!! ✨ We are already so in love with this little one and can’t wait to meet him/her in July!?

The Balka’s announced the big news that they were expecting on Instagram on February 13. The couple cradled Bates’ tiny baby bump in their announcement pic, holding blue, pink and yellow balloons that read, “Baby Balka. Arriving July 2019.”

“We are already so in love with our little one and so very thankful to God for his blessing on our life as we start our little family,” the future parents wrote.

READ NEXT: Jazz Jennings’ Boyfriend Coming to Visit & Meet Family on I Am Jazz

Read More
Celebrities, TV
Josie and Kelton Balka, who both star on Bringing Up Bates, announced Wed. that they are expecting their first child. The couple have been married since October.