Ryan Seacrest is a red carpet staple, he has his own television empire, he has a fashion line, he’s a radio personality and he is the co-host of Live! With Kelly and Ryan. He has a beautiful girlfriend named Shayna Taylor, who is much younger than he is, and also gives him a run for his money in the height department. Seacrest has been unmarried for many years and he often talks about it on his morning show. But, another subject he usually jokes about is his height. Seacrest is 5′ 7 ½”, according to Smooth Radio, and he can never resist poking fun at how tall (or short) he is … His Live! co-star, Kelly Ripa, who is 5’3″, usually chimes in to reassure Seacrest that he’s not as short as he thinks he is, when he makes a joke on the show.

In Hollywood, some men, like Sylvester Stallone, have been rumored to add a little heel to their dress shoes to appear taller, but Seacrest reportedly has his own tricks. In 2014, a source told Life and Style Magazine that, “He’s grown his hair out and has been quaffing it higher. He was just so sick of looking like a little boy in front of the A-listers he interviewed on the red carpet.” When Seacrest was hosting American Idol at the same time that Simon Cowell was judging the show, Seacrest implied that Cowell could be making himself taller with his shoes. Seacrest also rounded his height up slightly.

Seacrest said, “Actually, I’m 5′ 8″ but my shoes tonight make me 5’8″ and three quarters. I don’t wear lifts, but one of the judges does. Guess who.” A new season of the revamped American Idol premieres in March 2019, so Seacrest’s crazy schedule will get even crazier. With all that he does, it’s no wonder that Ryan Seacrest’s net worth is estimated at $410 million and an annual salary of $75 million.

GettyRyan Seacrest and model Shayna Taylor pose backstage for Naeem Khan during New York Fashion Week: The Shows at Gallery I at Spring Studios on September 11, 2018 in New York City.

Even with all that money, how does a man in his 40s keep up with his lifestyle? How does anyone who isn’t a superhuman do it? Ryan Seacrest was born on Christmas Eve, December 24, 1974, which makes his age 44 in 2019.

So, how does Seacrest manage his time and keep sane? The key is very tight scheduling, a great team, and a lot of perks, right? In an interview with the NY Times, he said that keeping up with his exercising is essential. He revealed, “The physical aspect has become an essential component to the balance of intense schedule and intense work. When Kelly and I were in the Bahamas for a Live! show, I brought a trainer with me to make sure I could keep the same routine.” Another factor in his success is self-discipline and knowing his limits. Seacrest explained, “I’ve learned, though, that I only have the capacity to engage in so much for certain amount of times. I will only take a phone call interview or other requests after I get through the first half of the day. The afternoon is when I can think about things that are more long term … This did not necessarily come naturally. I trained myself. I used to think that every incoming question needed to be immediately dealt with. I’ve learned self-discipline.”

With all his running around, though, how does Seacrest continue to look youthful? Well, maybe it has to do with having his own skincare company to tap into … 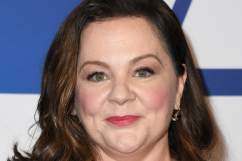 Oscars 2019 Presenters: Who Is Presenting at the Academy Awards Tonight?