Jordan Chandler is one of the names mentioned in the new HBO documentary Leaving Neverland. As age 13, Chandler accused Michael Jackson of molesting him, and his father took the pop star to court on sexual abuse charges. Two of the children who testified on Jackson’s behalf, James Safechuck and Wade Robson, are now saying that Jackson molested them as well. Read on to learn more about Chandler and his allegations.

Chandler first met Jackson in May 1992. According to Vanity Fair, Chandler was a huge fan of the pop star, and they exchanged phone numbers. Over the next few months, Jackson and Chandler regularly talked on the phone. Eventually, Jackson invites Chandler, his sister, and his mother to stay with him at Neverland Ranch. Once the National Enquirer caught wind of the story, they ran a headline that read: Michael Jackson’s Secret Family — a Millionaire’s Wife and Her Two Kids, which caught the attention of Chandler’s biological father, a dentist named Evan.

In #1993 while in therapy, the thirteen-year-old son of a #BeverlyHills dentist, #JordanChandler, alleges that singer #MichaelJackson molested him while he visited Jackson's #NeverlandRanch. The resultant civil suit costs Jackson over $20 million, but no criminal charges are filed, with Jackson's lawyers claiming the family in question had previously attempted to extort the singer. #TWIMH #music #history #musichistory #onthisday #thisdayinhistory #90s

Among the details shared by the National Enquirer was the sleeping arrangement that Chandler and Jackson had. They would often sleep together in the same bed, while Chandler’s family slept in a guest house. Despite resistance from Chandler’s mother, his father took him to see a psychiatrist named Dr. Mathis Abrams.

According to the Los Angeles Times, Chandler identified four other children who he believed were also being molested by Jackson. The Chandler family promptly sued Jackson for $30 million on September 14, 1993, accusing the singer of “sexual battery, battery, seduction, willful misconduct, intentional infliction of emotional distress, fraud and negligence.”

James Safechuck and Wade Robson, who star in Leaving Neverland doc, testified on Jackson’s behalf. After months of negotiations, Jackson chose to settle the molestation case out of court, setting aside $15 million for Chandler in a trust fund, and giving his parents $1.5 million each. The case was officially closed on January 25, 1994.

According to Rolling Stone, Chandler attained legal emancipation from his parents when he turned 18. His mother revealed that she has not spoken to him in 11 years, while his father Evan committed suicide in 2009.

Chandler, now 38, has kept a low profile since making his allegations. Wade Robson called upon him for a deposition when he sued Jackson in 2016, but Chandler was nowhere to be found, and his sister filed legal docs to block the deposition. She told TMZ that Chandler has repeatedly been threatened by Jackson’s fans, and that resurfacing would only make things worse.

Leaving Neverland director Dan Reed has said that he’s open to the possibility of a sequel if Chandler wants to come forward and recount his experiences. “If Jordan Chandler were to come forth, and if I could sit down with him speak to him the way I did to Wade [Robson] and James [Safechuck], that would I think, be the core of a very interesting film about that story,” he told Variety. 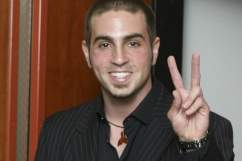