On June 25, 2009, the legendary music icon Michael Jackson unexpectedly died in his home and his cause of death was acute propofol and benzodiazepine intoxication. Jackson was just 50 years old when he passed away. Two years later, in 2011, Jackson’s doctor, Conrad Murray, was convicted of involuntary manslaughter in Jackson’s death. Unfortunately for Jackson’s three children, they lost their father at young ages.

After Jackson’s death, his mother, Katherine, was granted temporary guardianship of the kids. And, each of the children were left a large inheritance, according to Bank Rate. Daily Mail has reported they each get a yearly allowance of $8 million. Celebrity Net Worth reported that each child is worth an estimated $100 million. Get to know more about each of Jackson’s kids and where they are now in our rundown below. 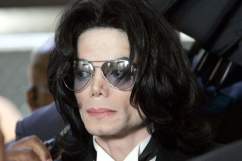 i was thinking about jimmy paige… ***@tingslondon sooo grateful for you guys ?? i finally got to do something with some of my fav britz

Paris Jackson transformed into an “it girl” in 2018 and she has been living on her father’s estate for years. She has scored modeling contracts, TV spots and red carpet moments. She was on the show Star and made her film debut in Gringo in 2018.

Over the years, Paris has dealt with many obstacles and issues. She revealed that she was sexually assaulted at age 14 by an older man she described as a “complete stranger”. She was also cyber-bullied and said that all the turmoil drove her to attempt suicide three times. Fortunately, she was able to overcome her depression. NME recently reported that, in January 2019, Paris checked into rehab for “emotional and physical wellbeing”.

Prince shares a mother with sister Paris and their mom’s name is Debbie Rowe. Debbie is a nurse, who was known for her marriage to Michael Jackson. In 2016, Debbie Rowe was diagnosed with breast cancer, but is still around today and is sometimes photographed with daughter Paris.

Throughout Prince’s childhood, when his father was accused of sexual molestation, Jackson would confide in both Prince and his sister Paris. Paris revealed to Rolling Stone that, “My dad would cry to me at night. Picture your parent crying to you about the world hating him for something he didn’t do. And for me, he was the only thing that mattered. To see my entire world in pain, I started to hate the world because of what they were doing to him. I’m like, ‘How can people be so mean?’ He did not bullshit us. You try to give kids the best childhood possible. But you also have to prepare them for the shitty world.”

People has reported in 2018 that Prince is a student at Loyola Marymount University and is in a long-term relationship with his girlfriend.

On November 19, 2002, Michael Jackson carried his then-9-month-old son, Blanket, to the balcony of a hotel and, unintentionally, alarmed many when they worried a dangling Blanket would fall. A towel covered Blanket’s face at the time. At the time of the incident, Michael Jackson released the following statement, “I got caught up in the excitement of the moment. I would never intentionally endanger the lives of my children.” Michael Jackson would often cover his children’s faces when they were young and people would wonder why. E! News reported Blanket explaining, “My dad spoke to me like an adult. He told us the reason for the masks was he wanted us to have our own life without him.”

So, where did the name “Blanket” actually come from? E! News reported Michael Jackson explaining, “It’s an expression I use with my family and my employees. “I say, ‘you should blanket me, you should blanket her with something—meaning, like, a blanket is a blessing. It’s a way of us showing our love and caring.” According to People, though “Blanket” was a dear name to Jackson, his son now goes by B.G. or Bigi.