The finale of The Bachelor 2019 is finally here and fans will now get to see who won season 23 of the show. Colton Underwood end up alone? Did he get engaged? After last week’s major drama, fans were left hanging, wondering who wins. With that said, let’s get into the spoilers on the finale and winner rumors. For those who do NOT want to know any spoilers on the ending of The Bachelor or who Underwood ends up with, STOP READING NOW.

Last week on the show, Cassie Randolph, who was one of the final three, revealed during her overnight date that she did not want to get engaged. So, the suspicions that other cast members had about her not being ready were correct. After a visit from her concerned father, Randolph made the decision to break up with Underwood. He did not take it well. Underwood revealed to Randolph that he was in love with her and that he wanted to be with her whether they got married or not. He threw all his fears out the window and professed his love to her.

Randolph appeared to be a woman who was not into Underwood, who was crying and begging for her to stay with him. She left and Underwood appeared to be completely “done” with the show. But, according to Reality Steve, this was not the case. Underwood was not done. And, he didn’t choose one of the remaining two women. On the finale episode, Reality Steve has reported that Underwood breaks off his relationships with Hannah Godwin and Tayshia Adams. He then ventures back to the United States to try to win Randolph back. He tells her that he just wants to be with her and doesn’t need to be engaged.

Reality Steve has reported that the couple is now dating and are together, so Randolph clearly decided to give it another go with Underwood. So, Randolph is the non-traditional winner.

Some have their doubts about Randolph and her interest in Underwood, based on her behavior and words when rejecting Underwood. Former Bachelor star Ben Higgins weighed in, telling Entertainment Tonight, “I think she should have did something different with Colton. It’s very clear that she was not into him … If she would have just told Colton, ‘This isn’t going to work, like, we’re not meant for each other,’ then Colton just has to say goodbye … He’s getting broken up with and he can’t beg and he can’t scream for more. So what Colton did is he just fought for her and I think that’s fair. He loves this woman. I don’t think she gave him the right explanation. She should have just left and said, ‘This isn’t going to work.'” 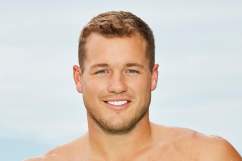 ‘The Bachelor’ Winner 2019 Reports: Does Colton Underwood Get Engaged to Cassie Randolph?

Host Chris Harrison also gave his opinion on what happened with Randolph, telling Glamour, “Maybe she just got to that crossroads, and when push came to shove, she was just being honest and wasn’t ready for this. I think her family has a lot to do with that, as you saw with her dad. I think she got cold feet and shut it down. And then Colton shut down.”

Well, regardless of what went down between the two, they seem to be happy together, at least for now.

Read More
Reality TV, The Bachelor, TV
Who won season 23 of The Bachelor? The finale airs tonight and we have the spoilers on the reported winner.