Famed dancer and choreographer Wade Robson was thrust into the spotlight this week as he appeared on a documentary entitled Leaving Neverland. The HBO special aired in two parts, Sunday night and Monday night, and allowed Robson, along with a man named James Safechuck, to talk about their experiences with the late King of Pop, Michael Jackson. Both men claim to have been sexually abused by Jackson when they were kids.

Robson hasn’t been forward-facing much over the years, which is not uncommon for dancers and choreographers; he’s used to working behind-the-scenes with artists and not having his own spotlight. However, back in the 90s and early 00s, just about everyone knew who Robson was.

For starters, he was the man behind some of the most iconic pop-dance routines. He worked with groups like *NSYNC and with artists like Britney Spears. These particular professional relationships transpired into something even bigger.

Britney Spears and Justin Timberlake were one of the biggest “it” couples of the late ’90s, early 2000s. The two seemed to be a match made in heaven and fans simply couldn’t get enough of them. And, while just about everyone thought that the two would end up getting married, having babies, and living happily ever after together, they went through a breakup that shocked the world.

Although it’s never been confirmed by Spears, Timberlake, or Robson, rumor has it that Robson was the reason for Spears’ and Timberlake’s split. For years, many have believed that Spears cheated on Timberlake with Robson. According to Us Weekly, Spears and Robson dated, albeit briefly, in the early 2000s.

Spears didn’t stay with Robson very long, however, and was on to the next (and the next, and the next) fairly quickly. According to celebrity dating database Who’s Dated Who, Spears and Robson ended things in 2002. Spears was then linked to Eminem, Tom Brady (yes, New England Patriots quarterback and Super Bowl champion), and Fred Durst. She also had brief relationships with Jared Leto, Columbus Short, and Colin Farrell (to name a few) around the same time. 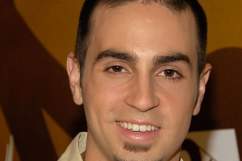 Perhaps this is all the world needed when looking for Britney-Justin relationship closure. Timberlake released the single “Cry Me a River” in 2002. The emotional song is about being cheated on — which fans believe is a clear nod to Spears’ alleged infidelity with Robson. You can watch the music video for “Cry Me a River” above.

Spears had a response to the song, releasing an apology of sorts in 2003. “Everytime” may have been Spears’ way of making amends with her ex.

“I may have made it rain. Please forgive me. My weakness caused you pain. And this song’s my sorry,” Spears sings.

You can watch the video to “Everytime” below.

Robson mentioned Spears in the Leaving Neverland documentary, but he didn’t go into detail about their relationship and he didn’t mention the Justin Timberlake rumors, either.

“Michael had some sort of obsession with Britney and he would call me and he’d wanna know what it was like working with her, what she was like. ‘Isn’t she sexy? Isn’t she beautiful?’ Wondering if I can set up a way for them to meet. And in those conversations as well, Michael was really interested in my sexual life with girls,” Robson said. “Just really weird, considering Michael and I’s whole sexual history,” he added.