Instagram Ashley Martson, star of TLC's 90 Day Fiancé, had two children before marrying her husband Jay Smith, although her children do not appear on the show.

Ashley Martson, star of the TLC reality series 90 Day Fiance, filed paperwork to divorce husband Jay Smith earlier this week. Just days before Martson and Smith are scheduled to appear on 90 Day Fiancé: Happily Ever After, news broke that Ashley filed for divorce after yet another cheating scandal involving Jay surfaced.

Martson and Smith were first introduced to fans on season six of TLC’s hit reality TV series, 90 Day Fiancé, where they documented the three months leading up to their wedding. They had a significant age difference (Ashley is 31 and Jay is 20), which some fans believed played a role in their relationship issues.

Martson already had two children before meeting Smith, although they do not appear on the show with her. Here’s what you need to know about Martson’s family and kids:

1. Martson Has a Son & a Daughter, Although She Doesn’t Allow Them to Be Filmed

At the end of the day, these two are all that truly matters #mybabies

According to Distractify, Matson had two children before she met her Jamaican husband. However, neither of her children appears on 90 Day Fiance and she doesn’t want them filmed in any way. She also doesn’t post many pictures of them on social media, besides the occasional back-of-the-head shot.

“People are already asking… no my children will not be on the show and will not be posted on social media,” she wrote recently on Instagram. “Please respect our privacy and allow my children to be children. Thanks.”

Before things went sour with Smith (which you can read more about later in this article), Martson claimed he was a good step-father, and “extremely mature” when it came to her kids. 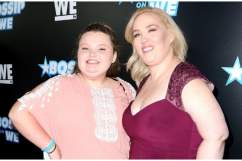 2. Her Daughter’s Name is Roxy & Her Son Was Born Premature; Martson Said She “Fell In Love” The Day Roxy Was Born

Moms and Dads…I know we all have that one photo from when our babies were born that we can’t stop looking at. The photo where you can physically see the moment you fell in love instantly. This was the day I became someone’s mom. The day I learned what unconditional love was. I find myself constantly looking at this photo. I wish I had one with my son but he was very premature and wisked away. I don’t show my kids on social media or on the show but this is something I just wanted to share ❤️ #mommylovesyou #roxy #hunter #chubbycheeks #bigbaby #blessed #mommabear?

Judging by the few photos on her Instagram page, her daughter Roxy is the eldest child, and she looks to be 7 or 8-years-old, possibly older. Martson posted a picture of the two of them back in December wearing matching “mommy and me” jackets. There aren’t many pictures of her young son on her page, although she did post one picture of Roxy holding her brother’s hand and walking down a dock recently.

The sweet caption reads: “Moms and Dads…I know we all have that one photo from when our babies were born that we can’t stop looking at. The photo where you can physically see the moment you fell in love instantly. This was the day I became someone’s mom. The day I learned what unconditional love was. I find myself constantly looking at this photo. I wish I had one with my son but he was very premature and wisked away. I don’t show my kids on social media or on the show but this is something I just wanted to share.”

3. She Had a Hysterectomy Due to Cancerous Cells & Was Worried Smith Was Going to Leave Her Because She Couldn’t Give Him Any Children

Tune into the show on TLC at 8 pm ? #90dayfiance #tlc #jayandashley #reality

Last year, an old friend of Martson’s was allegedly trying to sell stories on Martson’s life when she first gained fame, forcing her to reveal details about her past that she wanted to keep private. One of those details involved her medical history, and a procedure she was forced to get when they found cancerous cells in her uterus. According to Starcasm, Martson had a hysterectomy when she was 26-years-old.

“Natalie just announced to the world that I had a hysterectomy and Jay is going to leave me because I cannot give him children,” Martson explained on an Instagram picture that was later deleted. “Due to cancerous cells I was forced to undergo a hysterectomy at age 26.”

Although she can no longer give birth, she mentioned that she and Smith still had options. “We can use a surrogate if finances are there in the future,” although she admitted that “the possibility of us not having our own biological child is there.” 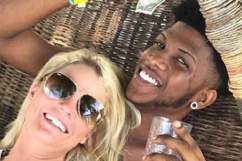 4. Martson Was Married to Husband Jay Smith, Who She Met While Vacationing in Jamaica For a Wedding 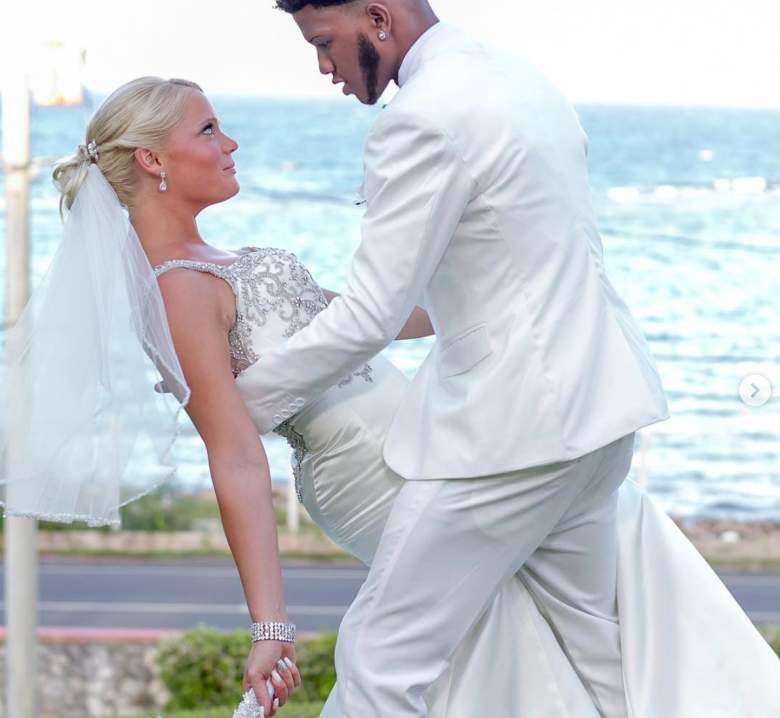 Martson and Smith married on May 16, 2018. According to Us Weekly, the couple met at a club when Martson was in Jamaica for a wedding. After spending just eight days together, Smith proposed to Martson and she accepted. Reality TV World reported that Smith’s real name is Conroy Smith.

The couple had already experienced many highs and lows in their relationship since first appearing on season six of 90 Day Fiancé, and she filed for divorce on January 11 after eight months of marriage, but withdrew the paperwork one day later, according to a Pennsylvania court. According to an article by E! News, Ashley had caught Jay using a dating app three days after their wedding.

Ashley caught Jay using a dating app three days after their wedding in Las Vegas. Their relationship status has been rocky since then, to say the least. During the reunion, Ashley spoke candidly about her feelings. “I mean, when someone cheats on you, you don’t automatically fall out of love with them. I know the smart thing to do is to leave him and that’s what I’d tell anybody in my shoes,” she said. “I really did—do—love him, but maybe he really did just want a green card,” she added.

5. Martson and Smith Are Officially Getting a Divorce After She Allegedly Caught Him Cheating Again

According to a Pennsylvania court, Martson filed to end her marriage for good earlier this week. She also appeared to confirm the news of the split when she posted a headline about the divorce on her Instagram Stories, according to E! News.

“Behind every strong woman lies a broken little girl who had to learn to get back up, fix the broken pieces, and never depend on anyone,” Martson wrote to her followers. “#bossbabe #fixyourcrownqueen #womansupportingwomen.”

After Smith allegedly cheated on her again, she called it quits pretty quickly. “It’s all fun and games until your ass gets deported,” she wrote on her Instagram Story. “Have fun at the strip club with MY money and MY car you’re driving around without a license!”

In Touch Weekly reports that Jay is now facing deportation amid the divorce. Catch the premiere of 90 Day Fiancé: Happily Ever After this Sunday, April 28, at 8/7c on TLC, to learn more about Ashley and Jay’s relationship.