YouTube/Dr. Phil Dianne Lake, a former members of the "Manson Family," will feature on tonight's ABC special Manson Girls. Read on for details on Lake's life and her time with Manson.

Dianne “Snake” Lake and Lynette “Squeaky” Fromme, two former members of the Manson Family, will feature on tonight’s ABC special Manson Girls. Lake and Fromme will give viewers an inside look at what life was like with Charles Manson, and describe the circumstances that led them into Manson’s life.

Lake was Manson’s youngest follower, and although she didn’t participate in the gruesome 1969 murders that landed Manson in prison for more than four decades, she was a key witness at the trial that resulted in his conviction.

Here’s what you need to know about Lake:

1. She Was 14-Years-Old When She First Joined the Manson Family Cult

Lake released a memoir about her time with the Manson Family, titled Member of the Family. She met Manson in the summer of 1967, and was just looking for an invitation to a party when she met the group.

“Communes were on the rise,” Lake told HISTORY in an interview. “People were smoking pot on the street. There was all this free love. And I’m lost. Because the counterculture did not have a place for a sexually active 14-year-old. I was jailbait.”

Lake quickly became Manson’s lover and acolyte, a two-year journey she describes in detail in her book. “He had a growing group of women,” says Lake. “We might have had a desire to have Charlie to ourselves—I know I did. But that was secondary… We were there to serve Charlie, and we formed a sisterhood.” 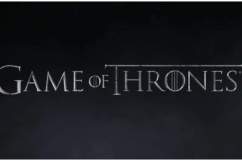 Game of Thrones, Season 8 Episode 3: The Best Callback Moments in “The Long Night”

Join us Friday, December 29th as we talk with Dianne Lake, Member of the Manson Family, on KKNW House of Mystery radio. pic.twitter.com/b97pSlDHb2

“LSD was given out like a sacrament,” Lake told HISTORY. “We took turns taking each other’s clothes off, in a circle… He orchestrated all of it. He even arranged the partners.”

She said Manson wanted them to engage in group sex, which Manson called “love-ins,” to minimize tensions and jealously between the women of the group. Although Lake was close to several of her “sisters,” she says they were not treated as equals.

3. Lake Wasn’t Involved in the Manson Family’s Escalating Criminality Because She Was No Longer in Manson’s “Inner Circle” After She Disobeyed Him

Lake admitted that she wasn’t involved in the escalating crime sprees with several of the other members of the family because she had disobeyed an order from Manson and left the ranch when he had told her not to. After that, she says she was no longer part of his “inner circle,” although she did still stay at the ranch and continued to follow Manson’s teachings.

After the murders, many of Manson’s followers were rounded up by law enforcement, including Lake. She reportedly remained silent during interrogation, even after LAPD interrogated her for hours and threatened her with the gas chamber, according to Cielo Drive.

She finally broke her silence when she was befriended by Jack Gardiner – an Inyo County officer – and his wife. She opened up to Gardiner and provided the District Attorney with loads of incriminating evidence against the family, Cielo Drive reports. 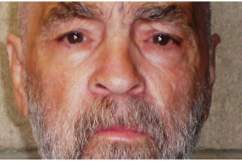 How Did Charles Manson Die?

4. She Was Diagnosed Schizophrenic in 1970 Due to Emotional Trauma

After two months in jail, Lake told investigators her age and she was transferred to a psychiatric hospital, where she decided to testify against Manson and the Family.

In January of 1970, Lake was admitted to Patton State Hospital, where she was labeled “schizophrenic” due to an emotional trauma, Newsweek reports. She spent six months in the hospital, and even began attending high school (her parents had convinced her to drop out shortly before she met Manson).

She was eventually declared competent to testify at the murder trials against Manson and her former “family.” Lake went on to graduate both high school and college, before she met her husband and started a family.

5. She Said Her Memoir Has Helped Her Heal

According to Newsweek, Lake claims that publishing her memoir has been a major part of her healing process, and she hopes it helps others.

“People who have been victimized as children can carry that shame around like an awful weight as adults, and they don’t have to. I also want my story to help parents with teenagers,” she added. “You have to keep lines of communication open no matter what.” She explained that her parents met her pleas for independence by completely letting go of parenting and giving her full rein to do what she wanted. In hindsight, Lake wishes they had treated her like the child she was.

READ NEXT: Charles Manson Family Victims: How Many People Did They Kill?