The second episode of Game of Thrones season 8 aired on Easter, and although it had only been a week since the season premiere, it definitely felt like the week dragged on for ages while we all waited impatiently for the second episode (and each subsequent episode since).

Although the second episode definitely had some huge moments, (and when we say huge, we mean massive shipper-dreams coming true), one person who seemed to be on everyone’s mind during the episode was Gilly, who looked a little rounder in the face since we last saw her in season 7. Her slight weight gain had fans speculating on Twitter and across other social media platforms that the actress who plays Gilly, Hannah Murray, may have been pregnant while filming the final season.

According to Media Mass, English tabloids have also wondered whether or not she was expecting after she was spotted with what some interpreted to be a baby bump when she was out enjoying a meal with a “romantic dinner date.” 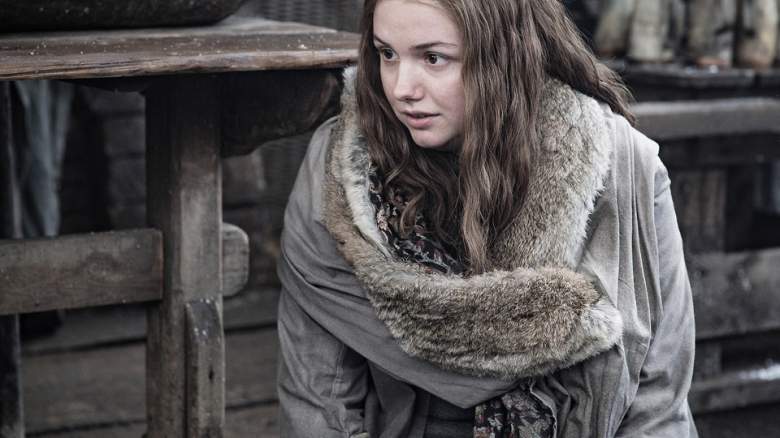 “Speculation is rampant that the actress best known for her roles in Lily & Kat, God Help the Girl, Skins or Game of Thrones is expecting a baby with long-time partner after she was spotted with a prominent stomach bulge on Saturday evening (April 20, 2019), during romantic dinner date nearby her place,” Media Mass reports.

Another source revealed to Media Mass that she made several toasts during the Game of Thrones premiere, but only drank water instead of wine, which is “highly unusual.”

Murray hasn’t confirmed the news at this time, and according to Media Mass, her rep refused to comment on Murray’s personal life, so it seems to be just speculation at this point, and considering Murray keeps her private life incredibly private, we don’t expect she would be announcing a pregnancy to the media either way.

Also, considering the final season was filmed throughout 2017 and 2018, she would have given birth by now, had she been pregnant during filming. So unless she is incredibly talented at hiding her child from the world, it doesn’t appear that Murray was pregnant while filming. 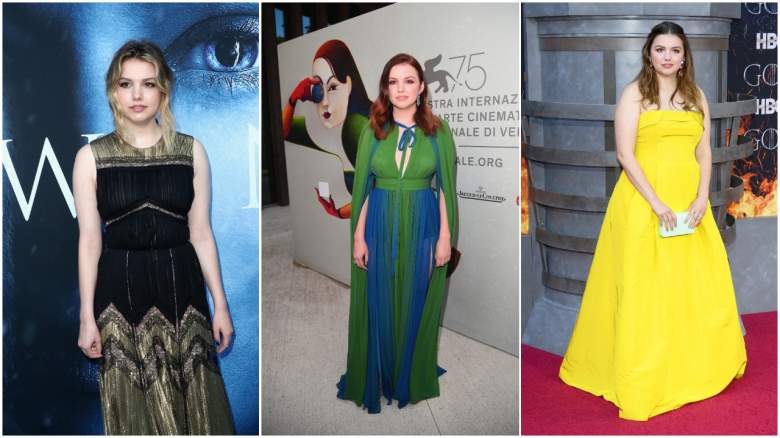 Judging by the images above, which are from 2017, 2018 and 2019 respectively, it is hard to actually gauge whether or not Murray put on any weight, since she often wears loose, long dresses and outfits that aren’t exactly form-fitting. However, it doesn’t look like she gained much weight at all after looking through dozens of pictures of her on Getty throughout the last few years.

However, fans seem to have noticed a slight difference in her weight during the second episode of the show, and many took to Twitter to voice their curiosity. Some were wondering if the showrunners decided to write Gilly’s character as being pregnant again, with Gilly carrying Sam’s actual son (not another incestuous Craster baby), while others were wondering if the actress herself was expecting.

“Is Gilly preggers?” one fan wrote on Twitter. “Did I miss something?” Another wrote “Gilly looked ‘healthy.’ Did Sam give her a little crow?”

Is Gilly preggers? Did I miss something? #GameOfThrones

Gilly looked "healthy". Did Sam give her a little crow? #GameofThrones

Others joked that her character gained “that happy relationship weight” we are all prone to gain when we are in committed, secure relationships. Some call that the “freshman 15,” similar to the weight some students gain in the first year of college.

Gilly got with Sam Tarly and gained relationship weight. pic.twitter.com/QUrudwoMwJ

Although Murray hasn’t confirmed a pregnancy at this time, she definitely has some staunch supporters who are calling out fans for “bodyshaming” and critiquing her weight and her body.

“Ya’ll commenting on Hannah Murray’s weight can go f–k yourselves fr,” one supporter responded on Twitter. Another went on  to compliment the actress in all caps, writing “HANNAH MURRAY IS SO BEAUTIFUL I GASP EVERY TIME I SEE HER FACE ON SCREEN.”

“Ugh…awful people commenting on Hannah Murray’s (Gilly) weight gain… I don’t know if she’s pregnant or not, but it is not a excuse for using terrible words,” user Freddie T wrote.

Ugh…awful people commenting on Hannah Murray's (Gilly) weight gain… I don't know if she's pregnant or not, but it is not a excuse for using terrible words. #Got #GoTPremiereNYC

Update 5/5/2019: During the fourth episode, titled “The Last of the Starks,” Gilly and Sam confirmed that Gilly was carrying his child! So, those who guessed that her character was pregnant were right :) She’s got a baby crow on the way!

Fans of Gilly and her little family have been hoping since day one that they will all survive the final battles, and since the two appear to have survived the war against the Army of the Dead, everybody is crossing their fingers that they will finish out the series alive and healthy. One favorite fan theory is that Sam can’t actually die because he is needed to write about the war for future generations, although others believe that Gilly actually learned to read and write so she could take over if Sam were to die.

Murray recently sat down and opened up about Gilly’s relationship with Sam, saying: “We’re a rarity in this show. I think they both come from abusive childhoods and they come with an incredible vulnerability. A director explained their relationship to me as two birds with broken wings,” she said during an interview with AOL Build. “But when they come together, they realize for the first time they might be able to fly. They give each other hope and the possibility of a better life.”

Read More
Game Of Thrones, TV
Did Hannah Murray, who plays Sam's girlfriend Gilly on Game of Thrones, gain a little bit of weight while filming the final season? Some fans are speculating that she was pregnant while filming.