Jason Aldean is known for being a country music star and his wife, Brittany Kerr, is often at his side when he hits up awards shows. And, he’s even written songs about Kerr. According to Country Living, his recent song, “You Make It Easy,” was a bit of a tribute to her, as Aldean explained, “It made me think a lot about our relationship. And of course, she loved it. That’s always a no-brainer. When your wife loves a song, then it’s going on the record for sure.”

Kerr, who was known for American Idol, as well as being an NBA dancer, actually met Aldean when he was married to his ex-wife Jessica (Ussery) Aldean. And, there was quite the cheating scandal surrounding the situation. Ussery was Aldean’s high school sweetheart and they share two daughters together. So, why did the couple break up? Did Aldean cheat with Kerr?

In 2012, Aldean and Ussery had been married for 11 years when Aldean was photographed with Kerr, and the two appeared to be getting “close”. TMZ reported at the time that Aldean and Kerr were making out at The Den on the Sunset Strip. After the incident, Aldean publicly apologized, saying, “The truth is that I screwed up. I had too much to drink, let the party get out of hand, and acted inappropriately at a bar,” according to In Touch Weekly.

In 2013, Aldean and his ex filed for divorce, citing irreconcilable differnces. When talking about the split, Aldean told People, “We’ve been through a lot of ups and downs over the years as we grew up together as a couple. She will always be important to me because she is the mother of my children, and I know that we will both always make our daughters our number one priority.”

And, when Aldean started to openly date Kerr, the two received backlash from some fans. Aldean spoke out about the backlash and chose to acknowledge his supporters via Instagram, writing, “I have made mistakes but I am a better person because of it, and wouldn’t change a thing. I’m happier than I have ever been, so thank u to all the people who support us. We are happy and life goes on.”

Kerr and Aldean got married in March 2015. They have two children together. The same year that Aldean remarried, so did ex-wife Ussery, as she tied the knot with Jake Marlin, an electric lineman, according to Country Fan Cast.

When Aldean and Ussery were together, Ussery helped the music artist with his business. In a 2011 interview with The Boot, Aldean revealed, “She handles all the stuff I don’t want to handle. I’m the guy who wants to play my music and meet my fans. She picks up the phone and makes the business call. When it comes to the music, she’ll give me her opinion if I ask her but that’s about it. It works out pretty good.” He also said that she was his best friend. So, in addition to being a married couple, they seemed to also be partners in business. 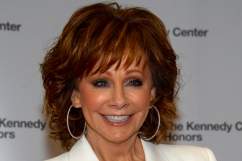