Getty Kristen Doute was accused of cheating on boyfriend Brian Carter with her ex-boyfriend James Kennedy during an episode of Vanderpump Rules last year.

Kristen Doute and boyfriend Brian Carter faced some difficulties in their relationship during the seventh season of Vanderpump Rules. It was reported that the two split up back in February, but were working on repairing their relationship and working things out.

With their rocky relationship issues throughout the seventh season of the show, and the on-again-off-again status of their relationship, fans of VPR have been wondering if there were some other underlying causes of their breakup. Many fans have voiced concern that Doute may have cheated on Carter with ex-boyfriend James Kennedy at some point while the two were still in committed relationships.

The synopsis for tonight’s episode shows some of those old concerns bubbling to the surface during the cast’s trip to Mexico. The synopsis reads: “A blissful Kristen finally conquers her travel anxiety, but her temper is tested when Jax dredges up old accusations against her.” So what are the “old accusations” against Doute?

During an April, 2018 episode of VPR, fans watched as the cast of the show went on a tequila-fueled rager and partied until 7 a.m. Although most of the cast claim they passed out at 7, Jax Taylor claimed he saw Kennedy and Doute together by his private pool at 7:30 a.m. He even walked Brittany Cartwright to what he claimed was the exact spot the two were sitting, still sipping on tequila and talking.

Jax stated, “I walked out this morning … Kristen is out in the pool area and James grabbed a bottle of tequila … Why, at 7:30 in the morning, would you be in a pool drinking with your ex-girlfriend?” He added, “I’m not hungover, I know exactly what I saw.”

Castmate Tom Sandoval – another an ex-boyfriend of Doute’s – also asked Kennedy if he and Doute had hooked up. A still-semi-drunk Kennedy hesitated, and then blurted out, “Did I what? What did you just say? Hang out with Kristen? I mean, a little bit, but not really.”

In a testimonial shot, Jax Taylor claimed that Kennedy had admitted to the hookup. “He just full out confessed that he did this. He said, ‘Yes, so what? We hooked up,” Jax said. However, Kennedy was adamant both in person and in testimonial shots that they didn’t hook up. Doute also denied the hookup, although she did admit that she didn’t remember the entire night because she had too much to drink.

Stassi Schroeder also jumped in and admitted that the hookup could have happened, claiming Doute had cheated on Carter with Kennedy in the past. She said, “When Kristen started dating Carter she denied sleeping with James and that turned out to be true.”

Doute later showed the camera a text from that Kennedy had sent her, telling her not to worry and that everyone was just trying to start drama for the sake of the show. “People are starting fake drama for the show and I’m over it. You have a boyfriend, I have my girl, like, I would f—king never and I know you wouldn’t either obviously! So cut the s—t and don’t be mad at me.” 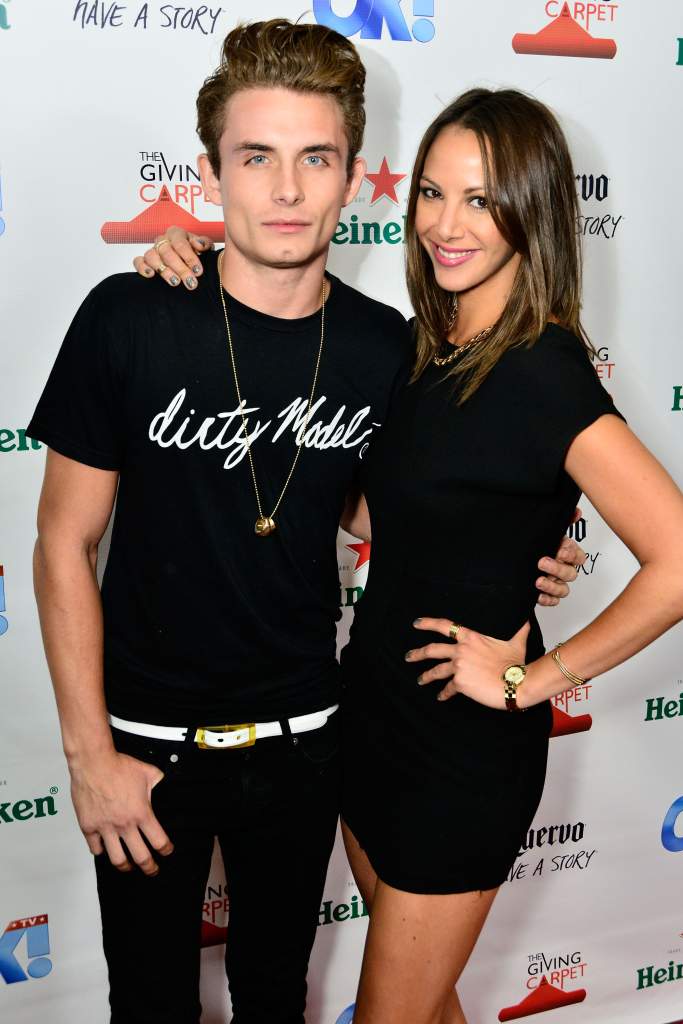 So, despite Doute and Kennedy vehemently denying that they ever hooked up that night, according to Schroeder, they had hooked up at once point before while they were still dating other people. So whether or not this specific rumor is true, it seems that they have been accused of the same thing before, which only helped fuel future rumors.

What do you think about Doute and Kennedy? Do you think they hooked up that night in the private pool, or do you think they were just drinking tequila and drunkenly chatting as friends? Let us know in the comments below, and tune in tonight to catch the newest episode of Vanderpump Rules Mondays at 9/8c on Bravo.

READ NEXT: Are Kristen Doute and Boyfriend Brian Carter Still Together?

Read More
Reality TV
Kristen Doute was accused of cheating on boyfriend Brian Carter with her ex-boyfriend James Kennedy during an episode of Vanderpump Rules last year. The old accusation against Doute resurfaces on tonight's episode.