Kristin Cavallari has made a name for herself since she first appeared on MTV’s Laguna Beach. She’s grown into a businesswoman, entrepreneur, fashion consultant, mother, and wife. Cavallari and her husband, Jay Cutler, dated for less than a year before Cutler popped the question to her in April 2011. They married in June 2013, but they definitely had some issues back then. Two months after the engagement, the couple broke up. Cavallari explained the break up in her book “Balancing in Heels: My Journey to Health, Happiness, and Making It All Work”. She said that, “At that moment, something wasn’t right. A few things needed to change, and I knew the only way Jay would see how serious I was, was if I ended the relationship … Deep down, I knew in my heart things were going to get better if I broke up with him.”

The couple then got back together in 2012, went on to marry, and had three kids together. One of the reasons that Cavallari originally broke off her engagement with Cutler was because she feared he wanted her to become a stay-at-home mother. According to Us Weekly, she recalled, “If I stayed at home, I wouldn’t be happy. And would probably end up resenting Jay for it … I credit [our therapist] for saving our relationship. She opened up our eyes to the other person’s perspective and gave us great tools for communication … We still periodically see her to this day.” Today, Cutler has become a stay-at-home dad.

After Cutler retired, Cavallari went on to open her successful brand Uncommon James, while Cutler stays at home and takes care of the kids. Cavallari has said on her show that the role reversal has been an adjustment and that their relationship is always a work in progress. When it comes to any problems in the marriage, according to Fox News, Cavallari stated on her show, “Jay has been great, yes. From the outside, like, things are so perfect and things are so great. But actually, like, they’re not. And that sucks. It sucks. That’s the thing, though, with marriage — it’s ups and downs … But in two months we could be up here again. That’s how we’ve always been, our whole relationship. It is what it is.”

She continued, “There’s no such thing as a perfect relationship. Jay and I have problems — I’ve always been very vocal about that.”

New episode of @verycavallari is on tonight! Jay loves Sunday nights on E! ?

Cavallari admitted that Cutler’s retirement did have a negative impact on their marriage, according to Elite Daily. She revealed, “We went from it being about Jay’s career and his schedule and everything, to now, [jewelry line] Uncommon James has been really taking off and the show and everything, and he’s at home. So, it’s just been trying to navigate this new normal. But I mean, things are fine. It’s all good!”

Surprisingly, Cavallari and Cutler’s being on Very Cavallari together has had a positive influence on their relationship, according to an interview Cavallari gave to People. Many couples have said that reality TV cursed their marriage, while these two seem to be dealing with the opposite effect. Cavallari and Cutler are still together today. 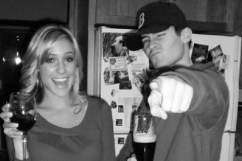