Lil Nas X (real name: Montero Lamar Hill) is a 20-year-old rapper/songwriter from Atlanta, Georgia. His viral hit “Old Town Road” is the #1 song in the United States and the #1 streaming song on Spotify and Apple Music as of April 27, 2019.

Lil Nas X was attending college in his hometown of Atlanta before dropping out in 2018 to pursue his music career. After being in the music industry for less than a year, his single “Old Town Road” has become the biggest hit of 2019. The song has become a cultural phenomenon, the theme song for the yeehaw agenda, and was streamed over 143 million times on the week ending April 11, beating the previous record held by Drake’s “In My Feelings” by over 27 million streams. It was streamed 125.2 million times in the week ending on April 29 and now holds the #1 and #2 spot for most streams in a week in addition to being the #1 song in the U.S. 3 weeks in a row. 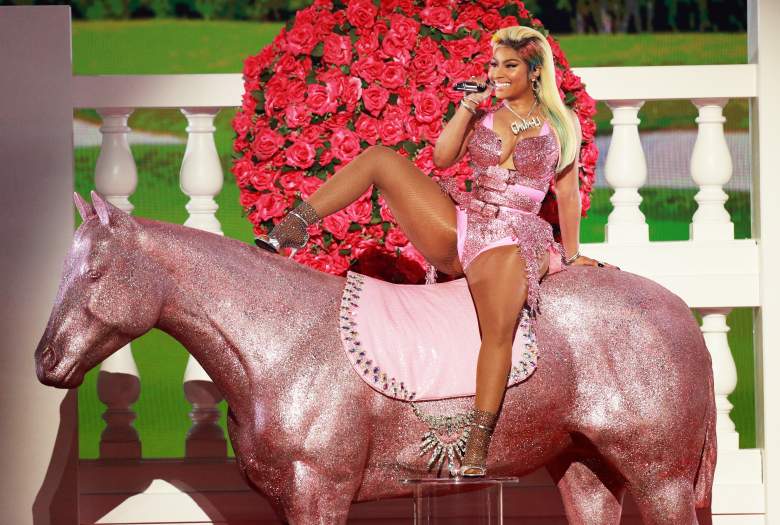 In a recent interview with NPR, Lil Nas X described himself as “internet savvy” and used his knowledge of meme culture and popular trends to gain a loyal following on Twitter in 2017. He started building his following through Nicki Minaj fan accounts including @viewsfromnas, @thenasmaraj, and @FactsaboutNM.

After initially only posting Nicki Minaj info, he branched out into viral videos and “Scenario Threads”, Twitter’s version of “choose your own adventure” books that place users in a specific scenario and gives them several choices that branch off into multiple storylines. His most popular one involved a school shooting scenario.

His followers eventually encouraged him to start a Soundcloud account and try his hand at music. Since becoming famous, @thenasmaraj has been deleted, @factsaboutnm is currently suspended from Twitter for unknown reasons, and the only surviving tweets from @viewsfromnas are from the scenario threads.

2. Lil Nas X Was Getting Kicked out of His Sister’s House When He Came up With the Idea for ‘Old Town Road’

7 months ago i was living with my parents, had no car, suffering from severe anxiety causing major headaches daily, struggling to get more than 3 hours of sleep and today i’m still in that situation. here are pictures of me photoshopped into gta 5. pic.twitter.com/RHIaU8yp7z

Lil Nas X dropped out of college at 19 to pursue his music career but didn’t get his parents’ blessing. “My dad initially was like, ‘There’s a million rappers in this industry,'” he told Time Magazine, adding, “They wanted me to go back to school.”

In order to avoid his parents, he moved in with his sister and started recording and promoting his music. However, as he explained to Time, the situation was tense. “Everything was very stressful. I would probably get three hours of sleep, staying up on the internet trying to promote my music at my sister’s house before coming back home,” he said. “I didn’t want to come back home because I knew my parents would be mad at me. I had headaches, literally almost daily, I guess from depriving myself of sleep.”

His sister kicked him out of her place which sparked the inspiration for “Old Town Road”. “I felt like a loner cowboy,” he told The New York Times in an interview in March 2019. “I wanted to take my horse to the Old Town Road and run away. The horse is like a car. The Old Town Road, it’s like a path to success. In the first verse, I pack up, ready to go.”

The song first appeared on TikTok, an app used predominantly by teens to record videos set to music, as part of the “Yeehaw challenge”. The challenge consisted of users drinking “yee yee juice” then turning “country” as soon as “Old Town Road” began playing.

“I was like, ‘This one is special,’” he told NPR, “and I promoted it heavily on my account on Twitter. Then it caught onto Tik Tok, and the rest is history.”

The song’s initial release on TikTok was a strategic move by Lil Nas X, telling Time magazine, “I was pretty familiar with TikTok: I always thought its videos would be ironically hilarious. When I became a trending topic on there, it was a crazy moment for me. A lot of people will try to downplay it, but I saw it as something bigger.”

4. Billboard Removed “Old Town Road” From the Country Charts and the Ensuing Controversy Increased Its Popularity

When the song was released, it charted on 3 separate Billboard charts including the Hot 100, Hot R&B/Hip Hop Songs, and Hot Country Songs. The following week, Billboard quietly removed it from the hot country songs chart, sparking accusations of racism from Lil Nas and his supporters on Twitter. When pressed for an explanation, Billboard released the following statement, “‘Old Town Road’ does not embrace enough elements of today’s country music to chart in its current version.”

Lil Nas explained his thought process to NPR, “Initially I was like, ‘I think I’m being discriminated against.’ But then as I went on to think about it, I felt like it was more of a purist situation, like, ‘We want this to stay this way.’ And even though they have a lot of changes going on with country [music] — like a lot of pop country and even the [songs] with trap influence — maybe this was [them saying], ‘Hey, we let some stuff fly, but this was too far.’”

It was so obvious to me after hearing the song just one time. I was thinking, what’s not country about it? What’s the rudimentary element of a country and western song? Then I thought, it’s honest, humble, and has an infectious hook,  and a banjo.  What the hell more do ya need?

The controversy boosted the song’s popularity and resulted in multiple celebrity endorsements from the likes of Justin Bieber, Will Smith, Young Thug, and Billy Ray Cyrus who all pledged their support for Lil Nas. Cyrus later jumped on a remix to the song in order to get it approved for the Hot Country Songs chart. 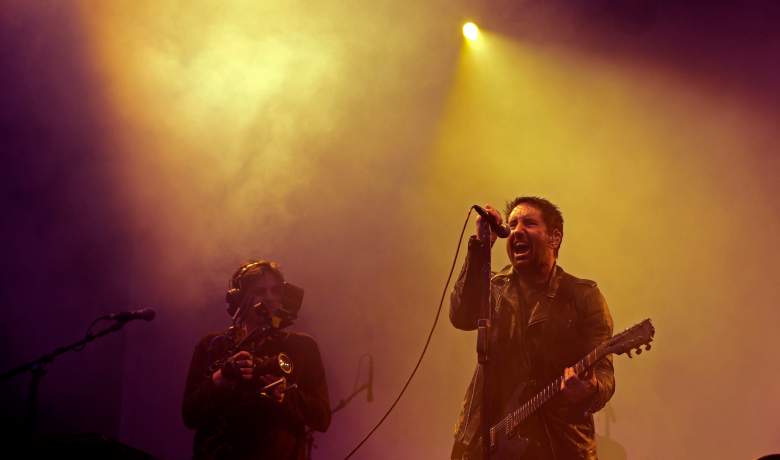 The guitar in the background of the song is sampled from Nine Inch Nails’ “34 Ghost IV”, a track from their 2008 album Ghosts. Trent Reznor and Atticus Ross formed NIN in 1988 and have sold over 20 million records but had yet to have a #1 single until “Old Town Road”. They are credited as co-writers and co-producers on the song.

The beat was made by Netherlands producer YoungKio, who provided the NIN sample but never saw it becoming a country song. Speaking to Genius.com, he explained, “But this sample, I thought if I chopped this and filtered it, it’s going to ruin it. I tried to keep as much of the originality of the sample, but I also wanted to have the trap vibe, so I sped it up. I didn’t really have any country thoughts about it.”

Lil Nas was unaware the song sampled NIN until it started becoming popular, “I didn’t even know about the Nine Inch Nails sample at first,” he told Genius in his Verified interview. “After I did find out about it, it was like, ‘Wow, so it’s rock, country, hip-hop all in the same room.’

The members of NIN have yet to comment on the song.