Mama June’s been making headlines recently for all the wrong reasons. Not only did she and boyfriend Gene Doak get arrested on drug charges back in early March, cheating scandals surfaced during last weeks’ episode of Mama June: From Not to Hot, when Mama June confronted Doak on rumors that he was sexting other women.

Mama June is probably most recognizable from the TLC series Toddlers & Tiaras, when her then-5-year-old daughter Alana “Honey Boo Boo” Thompson starred on the show. Since then, “Mama” June Shannon and her family have had several spinoffs, including Here Comes Honey Boo Boo and Mama June: From Not to Hot.

Most fans already familiar with Honey Boo Boo, but what about Mama June’s other children? She has three daughters besides Honey Boo Boo, who is the youngest: Anna (otherwise known as “Chickadee”), Jessica (“Chubbs”) and Lauryn (“Pumpkin”).

Here’s what you need to know about Mama June’s children, family and boyfriend:

1. Honey Boo Boo Starred on Dancing with the Stars: Juniors Last Year But Was Voted Off The Show on Halloween

Honey Boo Boo starred on the 2018 season of Dancing with the Stars: Juniors last year, and made it pretty far on the show. Although Honey Boo Boo’s scores were starting to climb steadily upwards, she was inevitably booted off on Halloween night, after she and partner Tristan Ianiero performed a routine to the Oscar-nominated title song from the sci-fi comedy classic “Ghostbusters.”

According to Gold Derby, the judges were encouraging in their critiques of her performance quality and gave her scores that tied with her Disney Night numbers as her best of the competition (straight sevens for a total of 21 out of 30), but it still left her in last place, tied with spelling bee star Akash Vukoti. 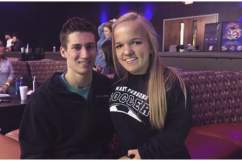 Liz’s New Boyfriend on 7 Little Johnstons: Who is Brice Bolden?

2. Pumpkin is Married  to Husband Josh Efird& Has a Daughter of Her Own; She Had Her Mother Walk Her Down The Aisle at Her Vegas Wedding

Pumpkin, otherwise known as Lauryn Shannon, is happily married, with a daughter of her own now. She married her husband Joshua Efird in April, 2018. Pumpkin, who was 18-years-old at the time of her wedding, told Us Weekly that her mother, Mama June, helped her plan the nuptials.

Pumpkin said that the process was “a little overwhelming,” but that she thought “everything was perfect” in the end. According to Us Weekly, Pumpkin tried on several dresses before finding the perfect one and asked her mother to walk her down the aisle, which made Mama June emotional.

“It’s something I asked her to do because it’s always been me, her, Alana and my other sisters. I felt like she should be the one to walk me down the aisle,” she told the publication.

3. Mama June’s Daughter Chickadee Has Struggled With Her Confidence & Chubbs is Away at College

According to Life & Style, Mama June’s eldest daughter Chickadee has struggled with her confidence and self-image issues throughout the years.

Chickadee shared a message to her Instagram followers a while back where the former Here Comes Honey Boo Boo star revealed that she doesn’t feel confident about herself or her looks. “Don’t feel good tonight, wish i looked good … all the time, but i guess i don’t get called it alot but yall help me out with my problem lol,” wrote on Instagram, where fans were quick to reassure her she was beautiful. Fast forward to two years later, and Chickadee has lost a significant amount of weight and looks happy and healthy, judging by her Instagram page.

Fans of Mama June: From Not to Hot have also been wondering where her second-eldest daughter Chubbs is, as she hasn’t appeared on the show at all since it’s airing. According to Life & Style, she’s been away at college and is currently in her third year at South Georgia State College. Chubbs was the first to graduate high school in her family and wanted to move on to continue her education, so she opted out of appearing on the reality show. 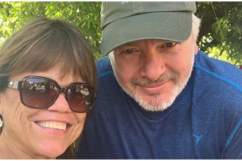 4. Mama June’s Boyfriend Gene Doak Has Spent Time in Jail & Has a Long Rap-Sheet, Dating Back to 1996

Mama June/FacebookGeno Doak, Mama June’s boyfriend, was recently arrested alongside Mama June for possession of a controlled substance and drug paraphernalia. Doak has a long criminal history, dating back to 1996.

According to Daily Mail, Doak’s criminal history dates back to 1996 when he was busted for a entering a building with “intent to commit a theft” in February 1996.

He was arrested a few days later and charged with felony burglary, court records indicate. Doak pleaded guilty to the burglary charge and was sentenced to three years in prison, but only served three months behind bars for the conviction.

He was arrested again for felony theft in March 2009 after he stole a $500 cargo trailer belonging to The Griffin First United Methodist Church in Griffin, Georgia, Daily Mail reports. The following year, he pleaded guilty to felony theft and was sentenced to 10 years of probation, 80 hours of community service and fined $2,500, and then in 2013 his probation was revoked once again after he was charged and pleaded guilty to felony criminal damage to property in the second degree, to which he received a four-year prison sentence.

In 2009, Doak was also involuntarily admitted to Riverwood Behavioral Health System in Clayton County for “distress and for attempting to commit suicide for a third time after allegedly taking 35 Valium pills,” according to Daily Mail.

5. Mama June & Doak Were Arrested Together in March, 2019 After Police Responded to a Domestic Violence Call & Found The Two High on Crack Cocaine

Mama June, whose real name is June Shannon, and Doak were arrested in Alabama on March 13, according to WSFA.

According to WSFA, the two were at a gas station when police officers arrived after responding to a domestic violence call. Officers found controlled substances and drug paraphernalia on their persons and in Mama June’s car, WSFA reports. The paraphernalia included needles, a glass pipe with white residue inside, a pill bottle filled with crack cocaine, and a marijuana bong.

Both Doak and Mama June were charged with possession of a controlled substance and possession of drug paraphernalia; Doak was also charged with domestic violence harassment. Their mugshots were released by the Macon County Sheriff’s Office on Wednesday, and can be viewed above.

Although Doak was also charged with a domestic harassment charge, the two were apparently acting very “loving” after they were arrested, Macon County Sheriff Andre Brunson said in a news conference posted by WFSA12 News. Although Mama June was released on bond that same night, Doak was held for 24 hours due to the domestic charge. According to Brunson, Mama June came back to “take care of” Doak following her release.

READ NEXT: Pumpkin’s Husband Joshua Efird on Mama June From Not to Hot