The Perrio family were the focus of the special My 600 Lb Life episode “One Ton Family.” The episode followed siblings Roshanda, Clarence, and Brandi as they tried to lose weight and exert control over their eating habits. But where are the siblings now? And how much weight have they managed to lose?

The Perrio family currently live in Lafayette, Louisiana, and have managed to keep off most the weight they lost. Over the course of the My 600 Lb Life special, the siblings were placed in the care of Dr. Now, who suggested they undergo a weight loss surgery. Clarence was hesitant to embrace the surgery, but he joined Brandi and did so. Roshanda managed to lose enough weight to forego the surgery. By the end of the special, the Perrio siblings lost more than 700 pounds.

Roshanda Perrio regularly posts photos of herself on Instagram, as well as side-by-side comparisons with photos of her when she was younger. She captioned one photo with the message: “Makin’ progress.” Brandi often appears alongside Roshanda in these photos. Prior to appearing on My 600 Lb Life, Clarence weighed 582 pounds, Brandie weighed 620 pounds, and Roshanda, most notably, weighed in at 803 pounds.

During a TLC interview, the siblings talked about their issues with obesity and how it stemmed from their parents’ divorce. “After my parents broke up, we did what we wanted,” Brandi admitted. “My dad was going through some things. I wouldn’t say he put us out of the house. He put my mom out of the house and we decided to go with her. I mean, she was my mama.”

Clarence went on to reveal that the lack of supervision allowed them to eat as much as they wanted. “The one big thing we got away with while no one was watching to discipline us was eating,” he said. “[We] started eating more, and that’s the way it was…until we graduated high school. And by then, everybody had put on a lot of weight.”

By the time Roshanda was 18, she had reached 600 pounds. “Clarence was always the smallest between us three,” she told Daily Mail. “He was just around 350 [pounds] at the time. So he started to have to do things for us and take care of us.” Check out the Perrio family Facebook here. 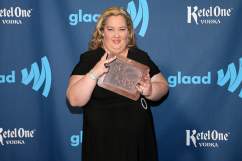 From Not to Hot: Mama June’s Drug Arrest