Many know Porsha Williams from the Real Housewives of Atlanta and this past season was a major life-changer for her. She first introduced viewers to her then-boyfriend, Dennis McKinley. Then, she revealed she was pregnant and McKinely became her fiance.

Now, Williams has her baby daughter and is opening up about family life, telling Essence, “Motherhood is everything I thought it would be and everything I didn’t think it would be (laughs). Other mothers told me, ‘Oh yeah! In the beginning, the newborn is so sweet and you’re gonna love it’ … For me, it definitely took me a while to get used to. But I got past it … But being a mother period, knowing this little girl is going to love me and I have her forever has been the biggest blessing. I didn’t think I could love another being that much.” Williams revealed that prior to having her baby, she suffered a miscarriage, so she calls little Pilar Jhena her rainbow baby. When women suffer miscarriages and become pregnant with another baby afterwards some refer to their little one as their “rainbow baby”.

Williams and the father of her baby, McKinley, got engaged in October 2018. But, before dating McKinley Williams was in several relationships. Get to know more about her exes and where they are now.

When Williams first appeared on Real Housewives of Atlanta, she was married to her ex-husband, athlete Kordell Stewart, and she was trying to juggle life as a wife and future mother. Ultimately, the couple’s relationship did not work out, as they appeared to have different life goals. The two were married from 2011 – 2013 and Williams told Bravo that she found out about her split on social media.

In 2016, Stewart appeared on The Steve Harvey Show and opened up about his divorce. He also threw some shade at his ex, telling Harvey, “You know, what I’ve seen of my ex as of lately, conducting herself, just imagine if we were together for five more years with two children. That wouldn’t have been good. Even though that was a rocky road, that was a lesson for me in this life. I want a woman, Steve. I don’t want a child that’s trying to play the role of a woman.” He continued, “When it comes to the institution of marriage, I think it is the highest levels in the Super Bowl of a relationship. And you have that someone that you say, you know what, ‘I want to be with you for the rest of my life’ – you know, breath stink and all, I want to just be with you forever. That breath I was smelling, was the one I wanted to be with for the rest of my life but it got to the point where it started to get a little too stinky.”

Williams was shown dating a man named Todd Stewart and she would sometimes talk about possibly having kids with Stewart. She started dating Stewart a couple years after her divorce and she told The Daily Dish that, “It’s hard to say [what lessons I learned] because what I really loved about marriage was that union. I loved knowing that I belonged to someone. … And I think that will probably be what will force me to get married again ’cause that fulfillment means a lot to me, family means a lot to me. So you know [boyfriend] Todd [Stewart] is trying to teach me not to give up on that.” Stewart was an ex-boyfriend, who she later reconnected with. 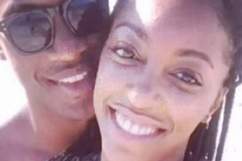 Porsha Williams was dating an athlete named Duke Williams in 2015 but, on an episode of RHOA, it didn’t appear to be going well. On a vacation with her fellow cast members, Williams met a new man named Oliver (pictured above), who she ended up seeing off and on on the show. Williams first decided to go out on a date with Oliver one-on-one after her boyfriend, Duke, was not returning her phone calls.

After her divorce, it was rumored that Williams was dating Mangue, as reported by TMZ. Mangue is the son of Teodoro Obiang Nguema Mbasogo, the President of Equatorial Guinea from 1979, on. Williams said that the claims she was dating Mangue were untrue, stating to E! News, “The TMZ report is completely false! I do not know Teodoro Nguema Obiang Mangue, nor have I ever dated him. When there is someone special in my life whom I wish to share I will let you all know. It has been rumored that I am dating many people.”