Getty Mama June and ex-husband Sugar Bear called it quits several years ago after she caught Sugar Bear with profiles on several dating sites. Here's what you need to know.

Sugar Bear, whose real name is Mike Thompson, is the father to Mama June’s daughter Alana “Honey Boo Boo” Thompson. Sugar Bear and Mama June are often at odds when it comes to their daughter, and the two have a long and unpleasant history together.

The two have tried to work through their issues throughout earlier seasons of Here Comes Honey Boo Boo, and even appeared on a season of Marriage Boot Camp: Reality Stars, but they inevitably called it quits in the end. Here’s what you need to know about Sugar Bear, Mama June’s ex-husband:

Mama June and Sugar Bear called it quits after a sixteen-month engagement, although they considered themselves married. Mama June has released this statement to Us Weekly regarding the split:

Sugar Bear and I have decided to take some time apart to figure out some things in our relationship. We are taking things day by day, but regardless of what happens, the girls will always be our number one priority. We want to thank y’all for your support.

TMZ reported that Mama June stopped wearing her engagement ring shortly before the announcement. The couple weren’t technically married, but they did have a “commitment” ceremony.

Is Mama June Still Together With Boyfriend Geno Doak After Cheating Scandal?

In September 2014, Mama June and Sugar Bear called it quits after she discovered he had several profiles for online dating services, including PlentyOfFish.com. Sugar Bear’s user name was reportedly georgiafighter31054, and he listed “cuddling” as one of his interests, and that he was “single and wanted to hang out.” Per TMZ:

We’re told Mama June has repeatedly caught Sugar Bear trolling on online dating sites. One of them is plentyoffish.com, in which Sugar Bear — with the handle Georgiafighter31054 — says “i love to hunt fish and ride 4wheelers and have a good time. i luve muddy Boggs and love to ride in the mudd.”

On Marriage Boot Camp: Reality Stars, Sugar Bear confirmed that he cheated on Mama June with one person, although Mama June believed there were more, telling fellow cast-mates: “It’s not that I don’t want to talk to him. It’s just that, you gotta kind of process, because I know that it was there. But I believe there’s more than one. The text messages that I have say men and women … I want him to be fully honest and I don’t feel it in my gut that he’s fully honest.”

3. He Reportedly Sought Out Both Men & Women Online

According to Radar Online, Sugar Bear sought out both men and women online, with Mama June saying on air during the series Marriage Boot Camp: Reality Stars that she saw sexually suggestive photos he’d exchanged with other males.

Nicki Swift reports that Sugar Bear claimed to be suffering from sex addiction at the time, but Mama June considered taking him back, telling a pal, “I’m very proud that he’s been honest. I’m very proud he’s come clean.” 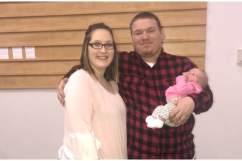 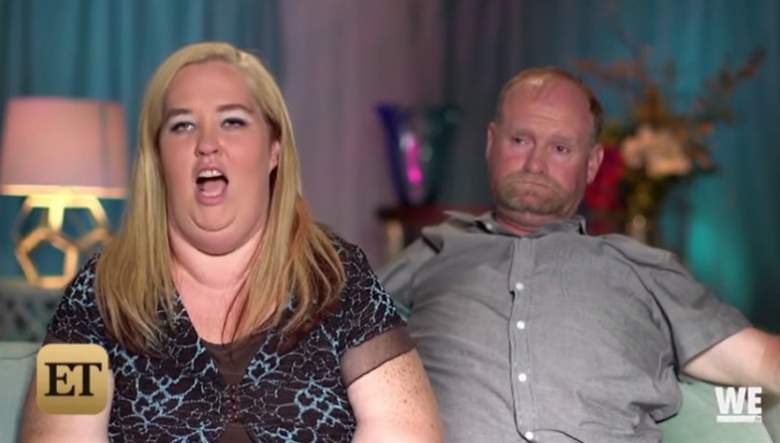 ‌Sugar Bear admitted to cheating on Mama June during their relationship.

Mama June claimes Sugar Bear was both physically and emotionally abusive throughout their years together, according to Page Six.

“It’s time the world sees him for what he is,” Mama June told Page Six in 2017. “[Lauryn ‘Pumpkin’ Shannon’s] eye buckle was caused by him … because he got mad. So many emotional and physical scars with the kids.”

She also told Page Six that their daughter Honey Boo Boo hasn’t had a relationship with Sugar Bear in a long time.

5. Mama June & Her Current Boyfriend, Gene Doak, Were Arrested Together in March, 2019 After Police Responded to a Domestic Violence Call & Found The Two High on Crack Cocaine

Mama June, whose real name is June Shannon, has moved on from Sugar Bear and has been dating her current boyfriend, Gene Doak, for several years. She and Doak were arrested in Alabama on March 13, according to WSFA.

According to WSFA, the two were at a gas station when police officers arrived after responding to a domestic violence call. Officers found controlled substances and drug paraphernalia on their persons and in Mama June’s car, WSFA reports. The paraphernalia included needles, a glass pipe with white residue inside, a pill bottle filled with crack cocaine, and a marijuana bong.

Both Doak and Mama June were charged with possession of a controlled substance and possession of drug paraphernalia; Doak was also charged with domestic violence harassment. Their mugshots were released by the Macon County Sheriff’s Office on Wednesday, and can be viewed above.