Amy Roloff, star of the TLC reality series Little People, Big World, shares four children with ex-husband Matt Roloff – twin brothers Jeremy and Zachary, Molly and Jacob. Although Amy and Matt are no longer together, the two remain amicable and the show now follows both of their separate lives as they navigate their new relationships, spend time with their children continue to and run their business.

Molly and Jacob have left the LPBW, and Jeremy followed shortly after. Zachary and his family still appear on the show, but the others decided to raise their families without cameras filming their every move.

Here’s what you need to know about Amy Roloff’s family:

1. Amy & Matt Divorced in 2016 But Still Work Alongside Each Other on the Farm & Remain Civil

Amy and Matt Roloff finalized their divorce in May 2016, and have since both moved on with other people. Amy is still happily dating Chris Malek (who you can read more about later in this article) while Matt is currently dating farm manager Caryn Chandler, who continues to work alongside Matt and his ex-wife.

According to Distractify, the pair were married for nearly 30 years when they made the announcement that they would be splitting up.

“After 27 years of marriage, it is with great sadness that we have come to the difficult decision to file for divorce. We are proud of what we have accomplished together, including raising our four wonderful children, who have grown to become remarkable adults and building our strong and ongoing successful businesses,” the statement read. “Our kids and our ever-growing family, and the love and support we have for them, will be our priority. We will continue to work together side-by-side in the daily responsibilities for our many current ventures. We would like to thank our family, friends, and all our fans for their continued support and understanding during this difficult time.” 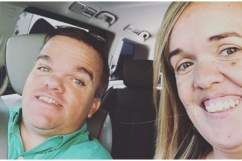 Are Amber & Trent Getting a Divorce on 7 Little Johnstons?

2. Molly is Married & Lives in Washington & Jeremy Co-Wrote a Book With His Wife & Offers Marriage Advice

BOOK TOUR UPDATE? Over the last two weeks we have been to…⁣ ⁣ ✔️New York⁣ ✔️New Jersey⁣ ✔️Nashville ⁣ ✔️Fort Campbell ✔️Chicago⁣ ✔️Los Angeles ⁣ ✔️Portland ⁣ ⁣ It’s been such a joy and encouragement to meet you and here how #ALoveLetterLife has inspired, challenged, and encouraged you! It’s so cool to hear how this book is already inpacting love stories around the world and igniting our generation to pursue creatively, date intentionally, and love faithfully. We still have a few more stops left on our tour and we want to meet you! (Swipe right for full tour schedule) ⁣ ⁣ ?Atlanta tonight! We will be signing books at @booksamillion in Lawrenceville, Georgia starting at 7 pm! We want to meet you!? ⁣ ⁣ ✈️Dallas tomorrow! We’ll be in Plano, TX signing books at my all time fav fitness/swimsuit shop @albionfit at 6 pm, and on Wednesday 4/17 we’ll be at the Grapevine @booksamillion at 7 pm! I hope we get to meet YOU??

Molly is the most private of the Roloff kids, and she and husband Joel Silvius live pretty far from the rest of the Roloff’s, off in Spokane, Washington with her husband. She tends to keep to herself, keeps her social media pages private, and rarely appears on the show. Her parents gush about her frequently on LPBW, exclaiming how proud they are of the woman she’s become.

Jeremy Roloff, the twin brother of Zachary, is married and shares a daughter with his wife Audrey. The couple co-wrote and released a book titled A Love Letter Life and are currently doing a book tour around the country to promote the book, which they have dedicated to their daughter, Ember Jean. Jeremy and Audrey also have a website called Beating 50 Percent in which they offer advice for married couples. The twins are the oldest of the Roloff children, followed by Molly and Jacob.

3. Jacob Roloff Left The Show Over Issues With How LPBW  Was Produced & Is Currently Engaged to Be Married

Jacob Roloff, the youngest of the Roloff children, is engaged to be married to his longtime girlfriend, Isabel Sofia, and plan to marry later this year. Jacob actually left LPBW several years ago after disagreements over how the show was produced forced him to reevaluate his health and happiness, and he decided to quit.

“Producers have to try to get us to follow the talking points. For me, noticing how the agenda of the crew doesn’t work well with the health and happiness of our family is what made me decide quite a while ago that I could not be a part of it as soon as I was able,” he wrote in a lengthy Instagram post back in 2016.

He continued, claiming the producers had their own agenda for how the show was filmed: “The primary objective I have felt and observed over the years of the ‘crew’ is to preserve their job and preserve the ratings, which is up to you to be right or wrong … For me, noticing how the agenda of the crew doesn’t work well with the health & happiness of our family is what made me decide quite a while ago that I would not be a part of it as soon as I was able.” 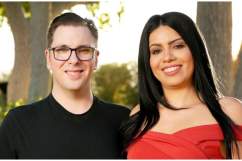 4. Zach Roloff Is the Only Roloff Child With Dwarfism & His Son, Jackson, Was Also Born With Achondroplasia

Happy Thanksgiving everyone! Tori and I are thankful for this year and all the family, friends, and fans that support us! A great season of life

Zachary Roloff, who usually goes by Zach and is the twin brother to Jeremy, was the only Roloff child born with achondroplasia; Zach stands at 4-feet-4-inches tall. His son Jackson was also born with dwarfism.

He is married to Victoria “Tori” Patton. The couple tied the knot in July 2015, and two years later, welcomed Jackson into the world. The family are very prevalent on LPBW and often share updates about their lives and family on social media with fans. They are the only one of the Roloff children who have not left the show yet.

My next chapter? An RV and motorcycle trip and Chris! Watch LPBW TONIGHT Season 14… @tlc and see when Zach and Tori got Murphy and Matt. Ups and downs of family life. #lpbw #tlc #amyroloffssecondact #allaboutfamily #thankyouall

Amy has been dating boyfriend Chris Malek for several years now, and they appear to be going strong. Amy seems to be head-over-heels for the man as they head into their 3-year anniversary, and often posts pictures on her Instagram page of the two out on the motorcycle, camping, sitting around a fire or just spending time outdoors.

They started dating after meeting at a singles painting party, shortly after Amy and Matt separated. Although they didn’t speak much that first night, they reconnected a few weeks later when Chris asked Amy out on their first date, which involved taking a ride on his motorcycle. Amy was more than happy to accept, and the rest is history.

“I could have talked for hours and he just said so much … I could have been on this bike ride for hours,” she noted in the Little People, Big Worldepisode. And she also added, “I want to get to know him. I find him attractive, I find him interesting, and I would hope that, you know, maybe he finds, you know, that in me a little bit.”